Accessibility links
Ancient Plague's DNA Revived From A 1,500-Year-Old Tooth : Shots - Health News When you hear the words bubonic plague, Black Death usually comes to mind. But the first plague pandemic happened 800 years earlier, when the Justinian plague wiped out nearly a quarter of the world's population. Scientists have decoded the bacteria responsible, which have roots in China. 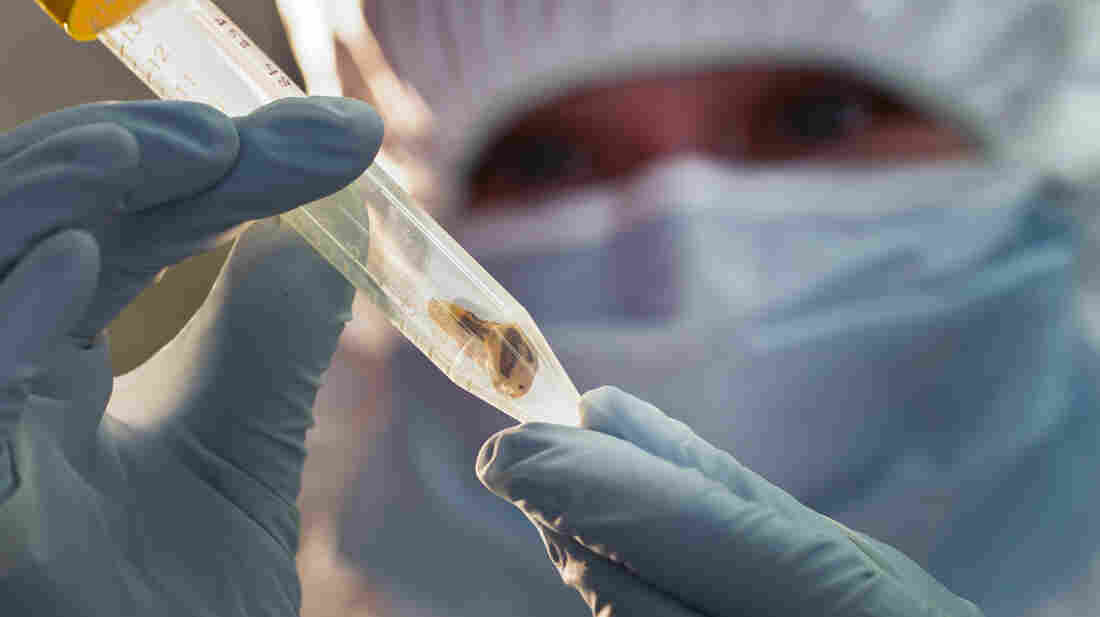 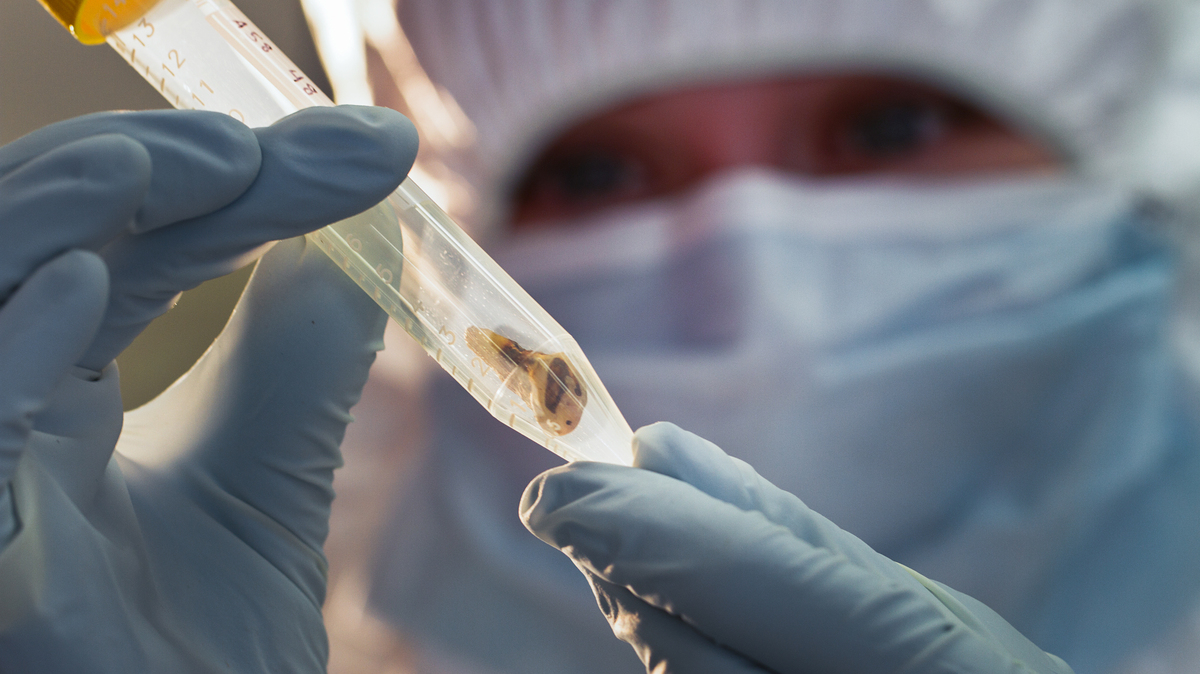 Graduate student Jennifer Klunk of McMaster University examines a tooth used to decode the genome of the ancient plague.

Scientists have reconstructed the genetic code of a strain of bacteria that caused one of the most deadly pandemics in history nearly 1,500 years ago.

They did it by finding the skeletons of people killed by the plague and extracting DNA from traces of blood inside their teeth.

This plague struck in the year 541, under the reign of the Roman emperor Justinian, so it's usually called the Justinian plague. The emperor actually got sick himself but recovered. He was one of the lucky ones. 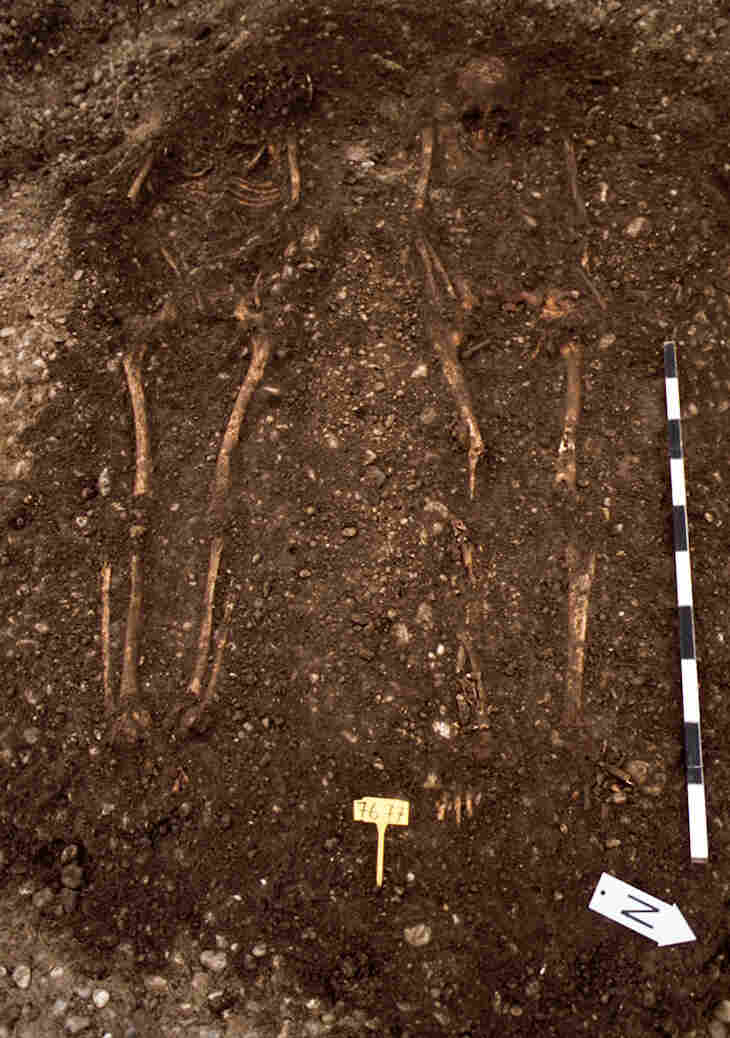 Housing developers outside Munich found skeletons of people killed by the Justinian plague during the 6th century. M. Harbeck/University of Munich hide caption 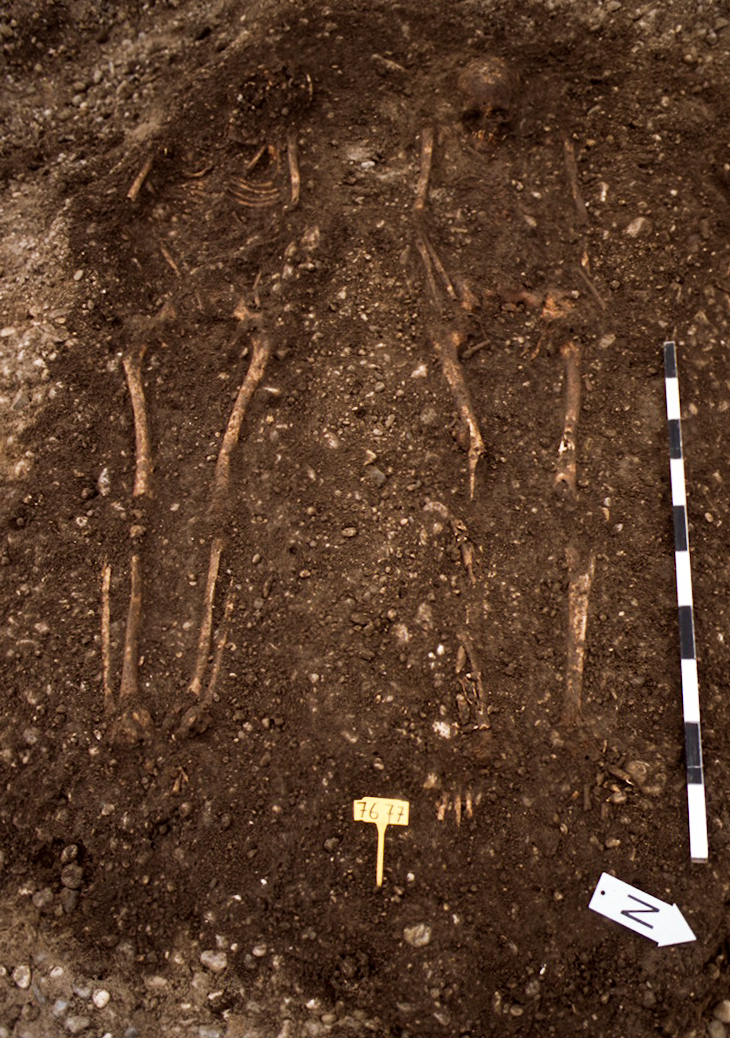 Housing developers outside Munich found skeletons of people killed by the Justinian plague during the 6th century.

"Some of the estimates are that up to 50 million people died," says evolutionary biologist David Wagner at Northern Arizona University. "It's thought that the Justinian plague actually led partially to the downfall of the Roman Empire."

The plague swept through Europe, northern Africa and parts of Asia. Historians say that when it arrived in Constantinople, thousands of bodies piled up in mass graves. People started wearing name tags so they could be identified if they suddenly collapsed.

Given the descriptions, scientists suspected that it was caused by the bacterium Yersinia pestis — the same kind of microbe that later caused Europe's Black Death in the 14th century.

The bacteria get spread by fleas. After someone gets infected from a flea bite, the microbes travel to the nearest lymph node and start multiplying. "And so you get this mass swelling in that lymph node, which is known as a buboe," says Wagner. "That's where the term bubonic plague comes from."

The Justinian plague has been hard to study scientifically. But recently, archaeologists stumbled upon a clue outside Munich.

Housing developers were digging up farmland when they uncovered a burial site with graves that dated as far back as the Justinian plague.

"They found some [graves] that had multiple individuals buried together, which is oftentimes indicative of an infectious disease," Wagner says. "And so in this particular case, we examined material from two different victims. One of those victims was buried together with another adult and a child, so it's presumed that they all may have died of the plague at the same time."

Skeletons were all that was left of the pair. But inside their teeth was dental pulp that still contained traces of blood — and the blood contained the DNA of plague bacteria. 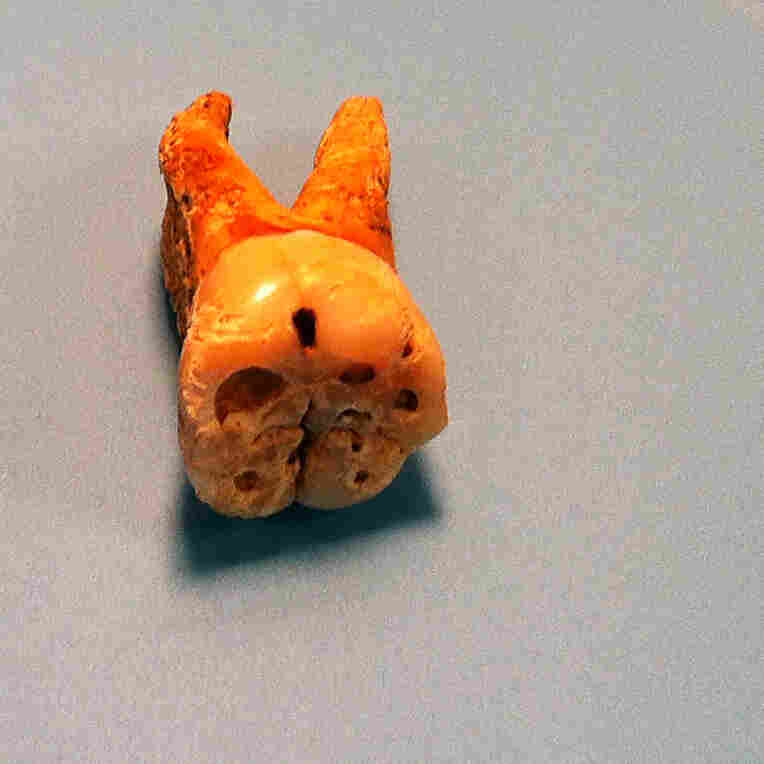 A tooth from the remains of a Justinian plague victim. Courtesy of McMaster University hide caption 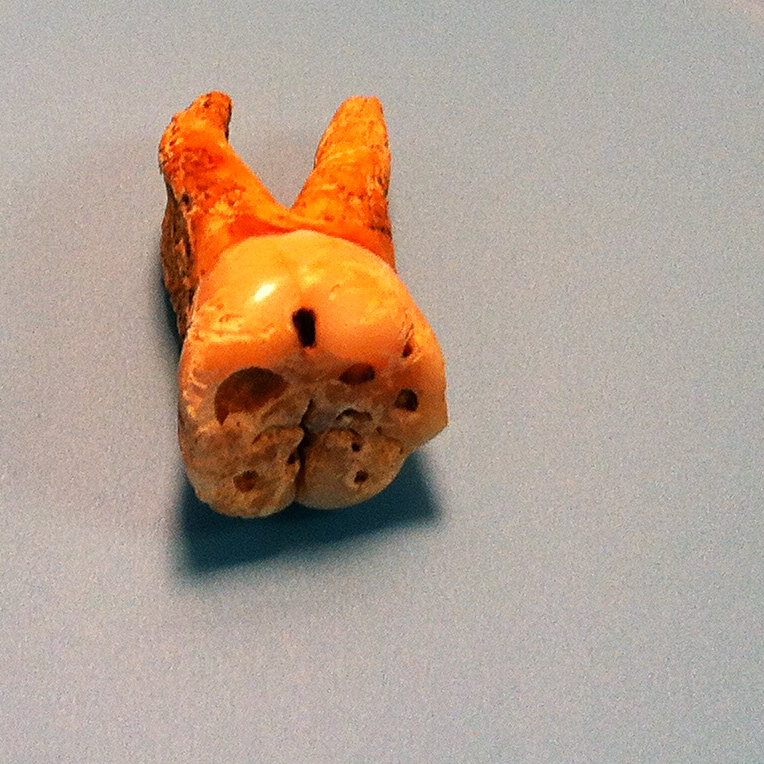 A tooth from the remains of a Justinian plague victim.

By decoding the bacteria's DNA, Wagner and a team of international scientists could trace the pathogen's evolutionary journey.

They think the strain of bacteria that caused the Justinian plague jumped from rodents into humans and then died out, the team wrote Tuesday in the journal The Lancet Infectious Diseases. The later emergence of Black Death seems to have been caused by a separate event.

The DNA also suggests that, like Black Death, the original source of the plague was in China, says microbiologist Paul Keim, another member of the research team at Northern Arizona University.

"So the ecological reservoir for plague, the historical reservoir, is in China," Keim says. "And it's this emergence, this pattern over and over again, with people moving commodities, rats and fleas around the world that we're able to document."

Overall, this ancient strain is not that different from modern ones that still circulate in places like Arizona, says Keim.

"The biology of the pathogen no doubt could cause another pandemic if it weren't for the changes in human culture and medicine," Keim says.

These days, though, antibiotics can quickly stop plague outbreaks in their tracks.