Accessibility links
Russia's Love Affair With Vodka Lures Many To An Early Grave : Shots - Health News Russia has a big problem with vodka, which is a key factor in the country's abysmal life expectancy, researchers say. But measures like banning vodka sales at night have had an immediate effect on a young Russian man's chances of living to age 55 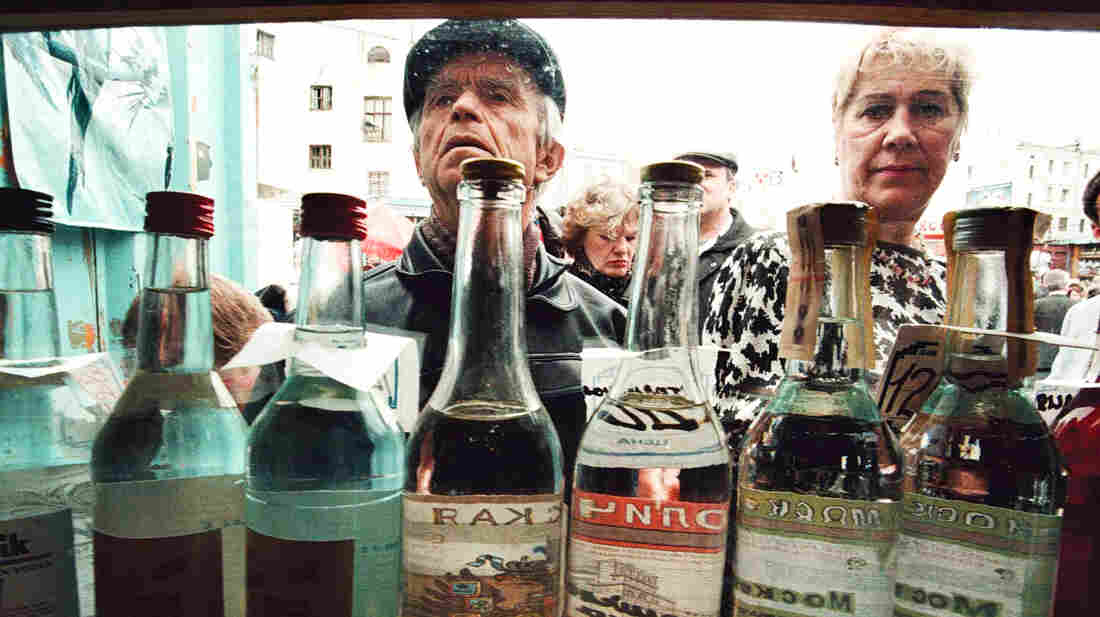 Shoppers check out vodka in a street kiosk in Moscow in 2008. Alexander Nemenov/Getty Images hide caption 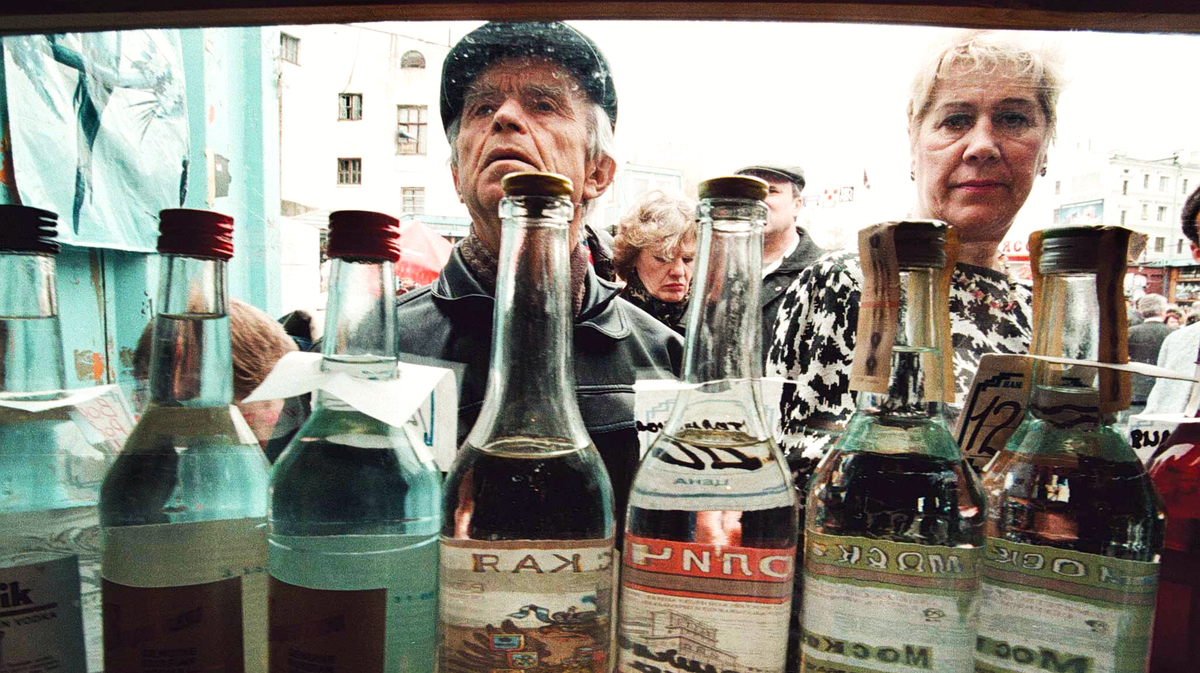 Shoppers check out vodka in a street kiosk in Moscow in 2008.

Vodka is our enemy, the Russian proverb goes, so we'll utterly consume it. This embrace of the enemy has a lot to do with the country's abysmal life expectancy rates, with one quarter of Russian men dying before age 55. But when the drinkers start cutting back, death rates drop almost immediately, a study finds.

"High mortality absolutely is caused by hazardous alcohol consumption," says Dr. David Zaridze of the Russian Cancer Research Center of Moscow, who with his colleagues tracked Russian drinking habits for a decade.

Indeed, the most striking thing about this study, which was published Thursday in The Lancet, is how closely changes in the country's mortality rates followed changes in Russian government policies on alcohol.

When the Soviet Union put prohibition in place in the mid-1980s under Mikhail Gorbachev, alcohol use dropped 25 percent. Death rates among men under 55 dropped. Drinking started creeping back up, and so did deaths. Both spiked after the collapse of the Soviet Union in 1991. "The first event of the free market was cheap vodka and cheap cigarettes," Zaridze told Shots. "Of course the Russians who hadn't seen cheap vodka started to drink again."

Mortality rates rose again during the hard times after the collapse of the ruble in 1998, but have been declining for almost a decade, a change Zaridze says is due to tighter regulation of vodka sales starting in 2006 under Vladimir Putin.

That includes restricting retail sales to licensed liquor stores and banning night sales. "Since 2006 the per-capita sales of strong alcohol have declined by 33 percent," Zaridze told Shots. "This has been followed by decrease in mortality. This is our aim, our final aim."

This is the first study to track the drinking habits of a large group of Russians, following 151,000 people for more than a decade. The men who drank the most, three or more half-liter bottles of vodka a week, were much more likely to die before age 55 than those who said they drank less than one bottle a week.

Russian Vodka (Made In Latvia) And Other 'National' Products

A lot of that vodka was downed in binges, which may also contribute to the high death rate. Some deaths were from alcohol poisoning or cancer. Others were due to violence, accidents or suicide.

But the fact that Russians are drinking less doesn't mean social attitudes about alcohol have changed, Zaridze says. "I don't think so, unfortunately."

That's not an impossible shift, Zaridze says, pointing to other European countries with a long history of extreme consumption of spirits. "Even our Nordic neighbors, the Finns, the Swedes, they had a real problem with drinking. But they have changed."