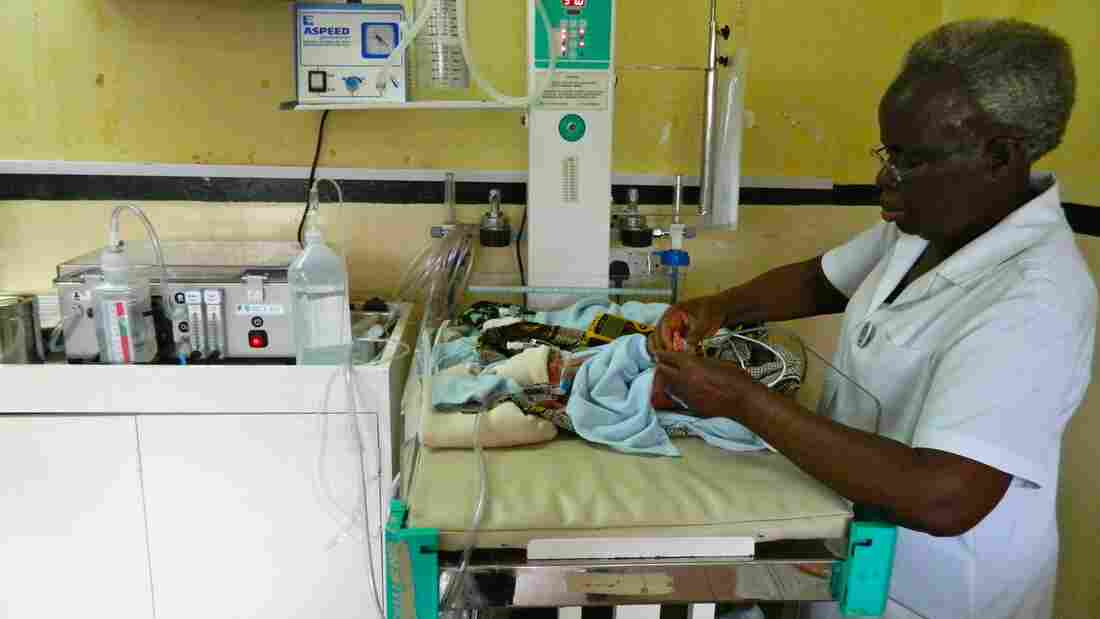 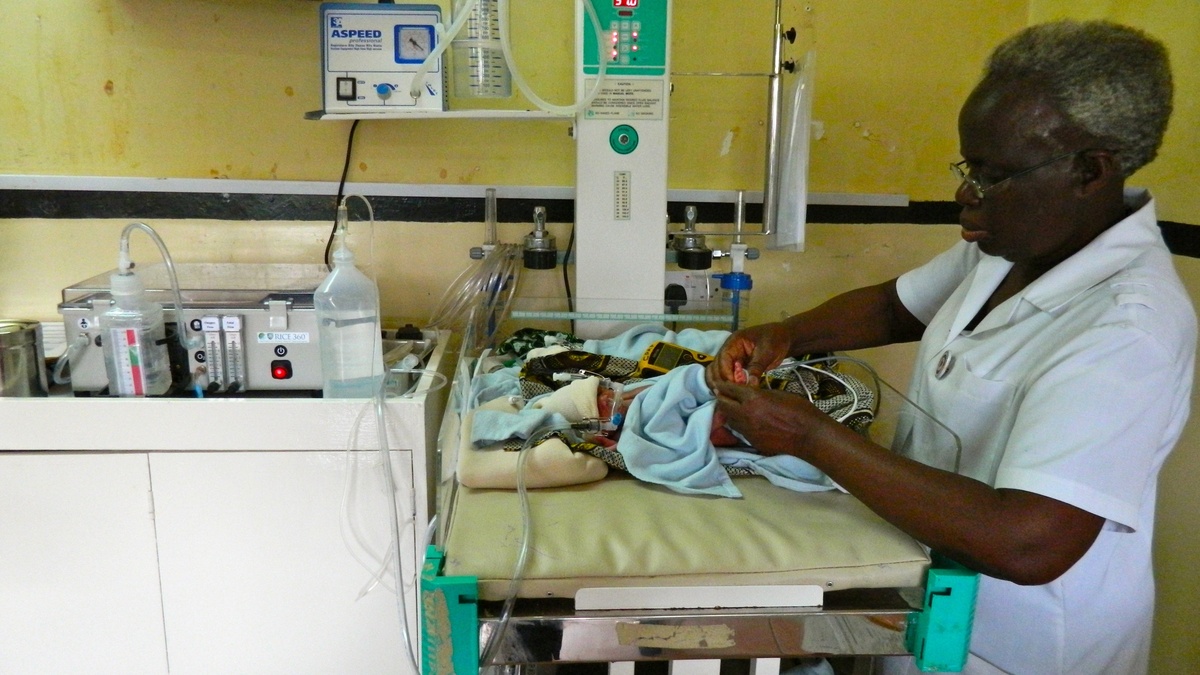 A nurse attaches the low-cost breathing machine (far left) to an infant at The Queen Elizabeth Central Hospital in Blantyre, Malawi.

Earlier this year, I reported on some students at Rice University who had designed a low-cost medical device to help premature infants breathe.

The key to making the medical instrument affordable was an unlikely component: a simple aquarium pump that you could pick up at a pet store.

Turns out the innovative instrument — aquarium pump and all — not only works in the lab but also saves babies lives out in the real world.

The breathing system boosted the survival rate of newborns with respiratory problems by 60 percent at a rural hospital in Malawi, bioengineer Rebecca Richards-Kortum and her team reported Wednesday in the journal PLOS ONE.

Many premature infants have a hard time breathing because their lungs aren't fully developed. In the U.S., this typically isn't a problem. The babies are simply hooked up to a device called a bubble CPAP, which delivers a steady stream of air to an infant's lungs. The pressure makes it easier for the underdeveloped lungs to function.

CPAP devices are standard issue for hospitals in the developed world. But they are way too expensive for low resource hospitals in poor countries.

What made the Rice University bubble CPAP attractive is its cost: about $350, or one fifteenth the cost of standard CPAPs. The students cut the cost of the instrument and its maintenance by using two cheap aquarium pumps.

The team tested out the bargain bubbler on 87 newborns with servere respiratory distress at The Queen Elizabeth Central Hospital in Blantrye, Malawi. There was a 71 percent survival rate for neonates on the bubble CPAP, compared with 44 percent survival for infants who did not use the CPAP.

The device also greatly helped out babies with very low birth weights and a dangerous type of infection, called sepsis — making the bubbler one of the good ideas that really works.