Accessibility links
Cancer Cases Rising At An Alarming Rate Worldwide : Shots - Health News The long-held idea that cancer is a disease of the rich is slowly being undermined. The world now records about 14 million new cancer cases each year, a study found. The majority of these cases occur in developing countries, which aren't equipped to detect and treat the disease. As countries modernize around the world, they're increasingly being hit with one of the curses of wealth: cancer.

There are about 14 million new cancer cases globally each year, the World Health Organization reported Monday. And the trend is only getting worse.

The global burden of cancer will grow by 70 percent over the next two decades, the WHO predicts, with an estimated 22 million new cases and 13 million deaths each year by 2032.

The majority of cases now occur in low- and middle-income countries, the agency found. Many of these nations' health care systems are ill-equipped to deal with the flood of complicated conditions that go along with disease.

Cancer in the developing world is a "time bomb," says Dr. Bernard Stewart, an epidemiologist at the University of New South Wales, in Sydney, Australia, who helped edit the WHO report. The problem, Stewart says, is that treatment availability for cancer hasn't kept up with the rise in its prevalence.

"The drug treatment path is simply not an option for the vast majority of low-income countries," Stewart says.

Furthermore, in industrialized nations the most common cancers (malignancies of the breast, colon or prostate) have the best potential treatment options, whereas cancers most common in low-income countries (cancers of the liver, stomach or esophagus) are harder to treat. 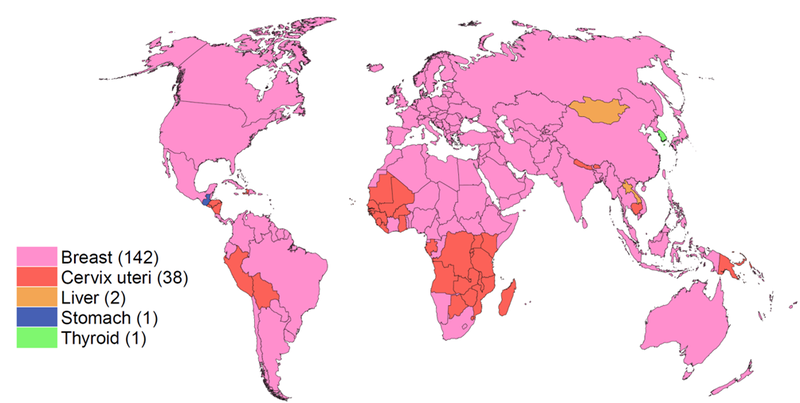 Breast cancer represents about a quarter of all cancers reported among women worldwide. But in parts of Africa and South America, cervical cancer is a bigger problem. World Health Organization hide caption 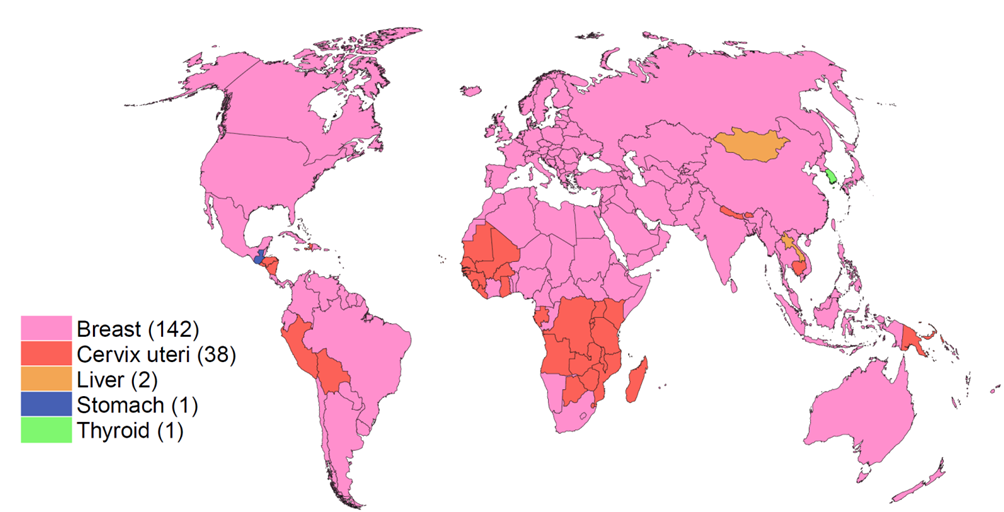 Breast cancer represents about a quarter of all cancers reported among women worldwide. But in parts of Africa and South America, cervical cancer is a bigger problem.

The good news, Stewart says, is that the lessons learned in the West — especially about early screening and prevention — could help to stem the expansion of cancer in other parts of the world. 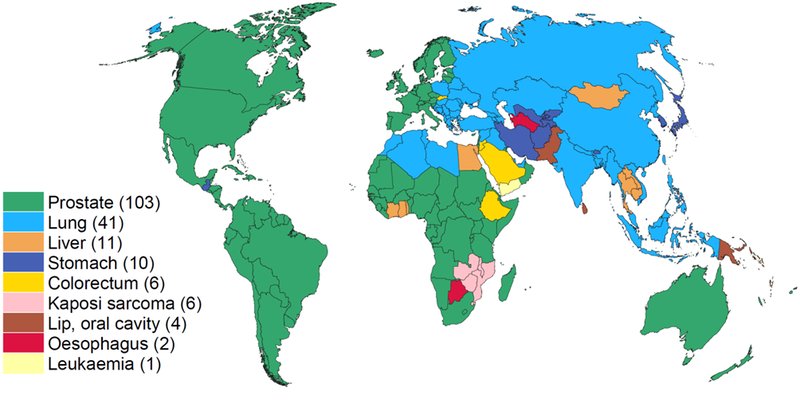 Prostate cancer is the most common cancer for men in the West, while lung and liver cancers are the top problems in Asia. Courtesy of the World Health Organization hide caption 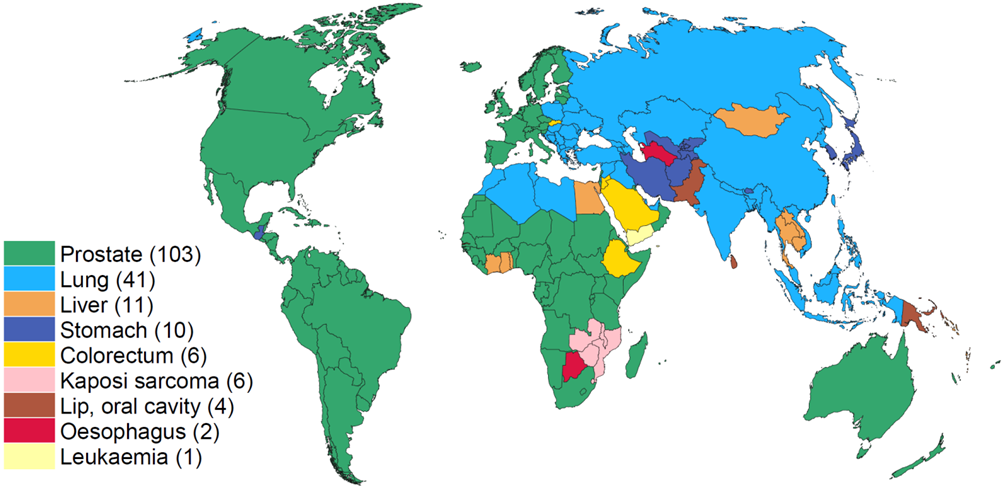 Prostate cancer is the most common cancer for men in the West, while lung and liver cancers are the top problems in Asia.

"There are actions that can be taken in low- and middle-income countries," Stewart says. In particular, vaccinations against human papillomavirus and hepatitis B and C can help stop the rise of cervical and liver cancers.

People living in North America and Europe are still the most likely to get cancer. But the sheer size of China's population means that more people now die of cancer in China than anywhere else in world.

Despite high rates of smoking, China's rate of lung cancer is actually lower than that of most European nations. Death rates in China from stomach and liver cancer, however, are the highest in the world.

There's great diversity in terms of what forms of cancer strike where. Breast cancer is the leading type of malignancy globally among women, yet in some African nations cervical cancer is more common. Of all the malignancies, prostate cancer kills the most men worldwide; but in Japan, for example, stomach cancer kills more men.

And while cancer is a growing problem in developing nations, the person most likely to get cancer anywhere on the planet is a black man in the United States.