Accessibility links
Our Brains Rewrite Our Memories, Putting Present In The Past : Shots - Health News Even people with good memories can have a hard time remembering the past accurately. That may be because the brain is constantly editing memories, updating them with current information. This may make good evolutionary sense. But it also means that some of your cherished memories may be wrong. 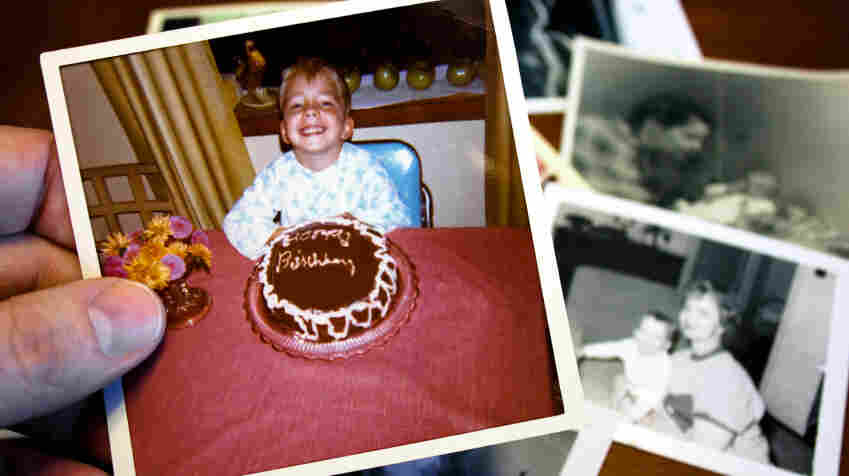 The brain edits memories of the past, updating them with new information. Scientists say this may help us function better in the present. But don't throw those photos away. iStockphoto hide caption

Think about your fifth-birthday party. Maybe your mom carried the cake. What did her face look like? If you have a hard time imagining the way she looked then rather than how she looks now, you're not alone.

The brain edits memories relentlessly, updating the past with new information. Scientists say that this isn't a question of having a bad memory. Instead, they think the brain updates memories to make them more relevant and useful now — even if they're not a true representation of the past.

To figure this out, researchers at Northwestern University asked 17 people to look at images of a scene, like a beach or a farm, with a small object like an apple layered on top. They were then shown a scene with the object in a new location. Then they were asked to move the object to its location in in the first picture. They always got it wrong. 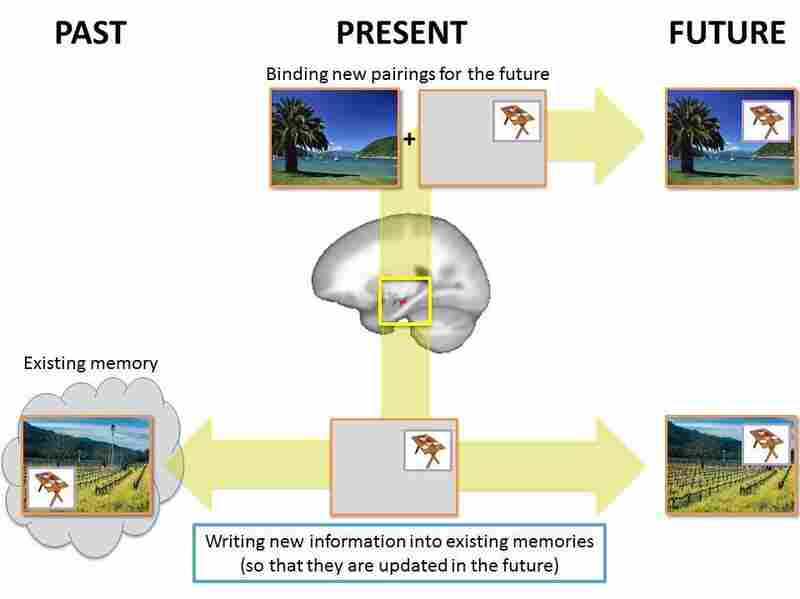 The researchers used scenes like this to test memory. When an object's location and a background scene are presented together, they are remembered as a whole event (top). But when new information is presented, like a new location for the small object, that new location is tied to the old scene (bottom). Courtesy Donna Jo Bridge and Joel Voss hide caption 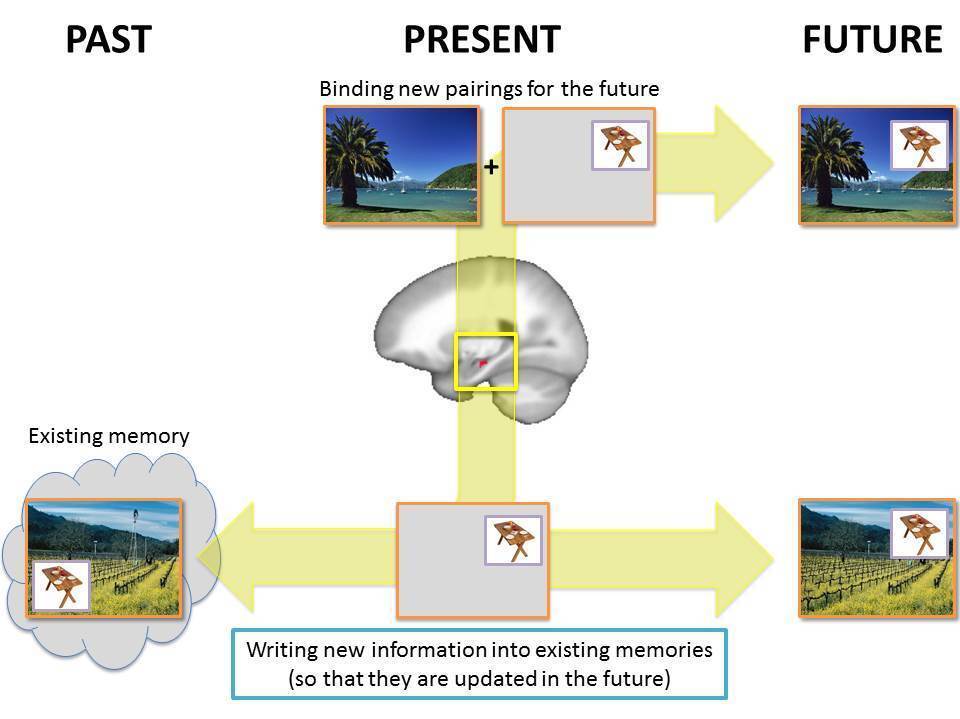 The researchers used scenes like this to test memory. When an object's location and a background scene are presented together, they are remembered as a whole event (top). But when new information is presented, like a new location for the small object, that new location is tied to the old scene (bottom).

Finally the participants were shown the original scene, with the apple in three places: the original location, the second or a brand-new one. They always picked the second, updated location.

"Their memory from the original location has been overwritten," says Joel Voss, an assistant professor of neuroscience at Northwestern. "It's taken that new location and stuck it to the original photograph."

This is a contrived laboratory setting, Voss tells Shots, so it's not guaranteed that the brain is taking current events in your life and stuffing them into your past. But the researchers had people do the experiment while observing their brain with a special MRI scanner.

The brain structure that the people in this experiment were using when they were rewriting their memories, the hippocampus, is very involved in autobiographical memory. "It's essentially as if the hippocampus doesn't care if it's putting together two new things," Voss says.

The findings were published Wednesday in the Journal of Neuroscience.

Voss and his co-author Donna Bridge tested the participants' memory of the original image, and they remembered it very well. So this wasn't a case of bad memory overall. It wasn't until they were asked to move the object and place it in the original spot that the memories changed.

"Our memories aren't perfect," Voss says. "They're not like tape recorders. There's a small current of thought that thinks these failures aren't necessarily a bad thing. Memory is not intended to allow you to remember what you did last week, or remember your childhood. The point is to help you make good choices right now."

It can be disturbing to realize that cherished memories may not be true, Voss agrees. But plenty of other studies have shown that memories are indeed often faulty. This doesn't keep you from recalling memories and treasuring them, Voss says. "But they might not be perfectly accurate."

And some things are worth forgetting. Voss, for one, is fine not remembering his father's 1980s mustache. "And the half-mullet," he says.