Accessibility links
Birth Control And Blood Clots: Women Still Weighing The Risks : Shots - Health News The drug company Merck has agreed to settle with thousands of claimants who sued over the contraceptive NuvaRing. When it comes to side effects, so how do women make a decision that works for them? 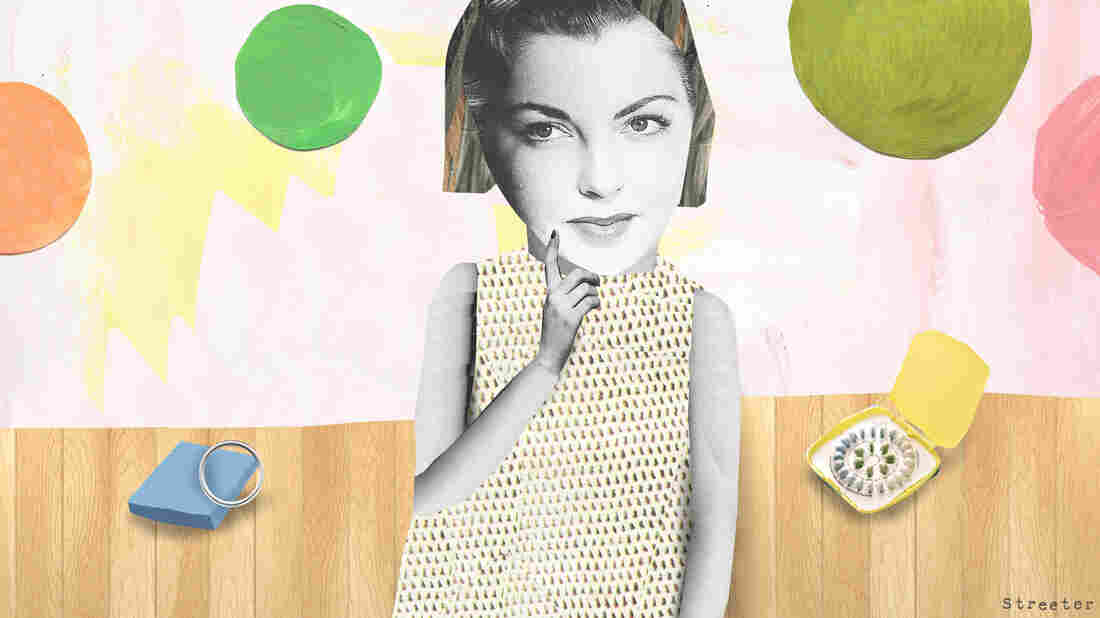 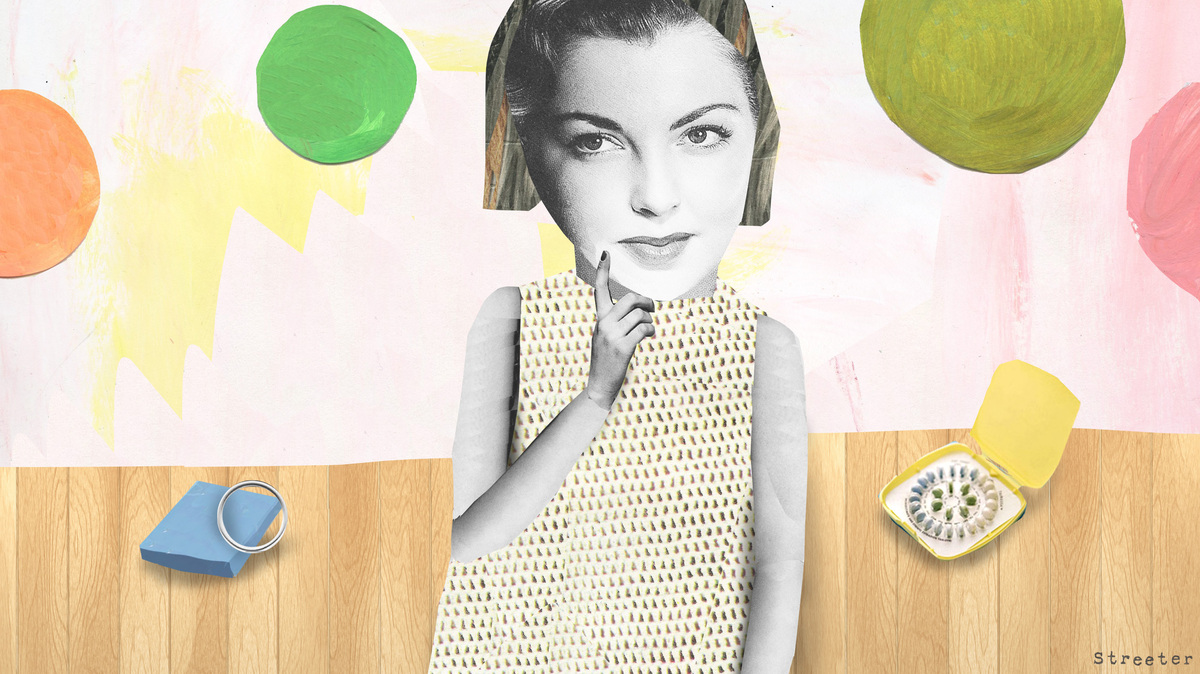 The drug company Merck, maker of the NuvaRing contraceptive, says it will pay out $100 million to settle thousands of liability lawsuits from women who say they were harmed by using the product.

These women say that the birth control method put them at greater risk of life-threatening blood clots, and that they were not adequately warned of that risk.

The settlement was offered to about 3,800 women who have filed lawsuits in federal and state courts. In a statement Friday, the company said: "We stand behind the research that supported the approval of NuvaRing, and our continued work to monitor the safety of the medicine."

NuvaRing is just the latest hormone-based form of birth control to become the focus of scrutiny. All hormonal contraceptives, including birth control pills, increase a woman's risk of blood clots, stroke and heart attack.

Guidelines published Thursday by the American Heart Association recommend that women considering oral contraceptives should get screened for high blood pressure because the pills can increase the risk for blood clots and stroke.

NuvaRing may be even more likely to cause blood clots than other forms of birth control. "The risk of getting blood clots may be greater with the type of progestin in NuvaRing than with some other progestins in certain low-dose birth control pills," the package safety information states.

But some women may decide that the convenience of a new form of birth control like NuvaRing is worth the increased risk.

The NuvaRing is a clear, flexible ring that fits in the vagina — women can put it in themselves, unlike an intrauterine device (IUD). Over three weeks, it releases a combination of hormones that prevents ovulation and blocks sperm from getting to an egg. On the fourth week, it's taken out and replaced with a new ring a week later. 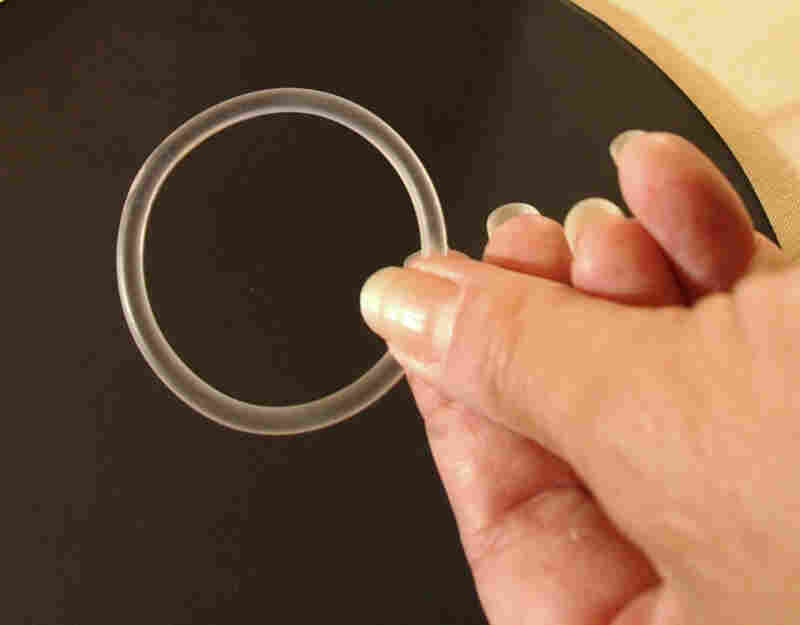 The contraceptive NuvaRing has come under scrutiny for its side effects. The flexible ring, which emits hormones, is replaced once a month. Sandy Huffaker/Getty Images hide caption

NuvaRing got attention when it was approved by the Food and Drug Administration in 2001 for being more convenient than other methods (no daily attention needed, unlike the pill) while maintaining women's control (no regular trips to the clinic, unlike the Depo-Provera shot).

But like other hormonal options, it comes with a side of blood clot risk. Specifically, a chance of getting venous thrombosis or VTE (a blood clot that forms in a vein). A clot formed in deep veins, like in the legs, can cause pain and swelling, the Centers for Disease Control and Prevention explains. If that clot breaks off and moves to the lungs, the condition — now called a pulmonary embolism — becomes more serious. The warning signs might include chest pain and shortness of breath, and it could be fatal.

In October, Merck updated the warnings section of the package label, which states that women should stop using NuvaRing if a blood clot forms and a few weeks before and after major surgery.

The warning cites two studies that looked into blood clots and NuvaRing: One funded by Merck, published in the journal Obstetrics and Gynecology in October, and another funded by the FDA, with data from Kaiser Permanente and Medicaid databases. The former found a similar risk for the ring and combined oral contraceptive pills. The latter found no difference in risk between new users of low-dose combined hormonal contraceptives and the NuvaRing or the birth control patch. (There was a higher risk found with pills that contain drospirenone, which is found in the pill Yaz.)

But a study from Denmark, published in the British Medical Journal in May 2012, found a notably higher risk of blood clots from NuvaRing. Women using the NuvaRing were about six times more likely to get venous thrombosis than women who didn't use any form of hormonal contraceptive. Compared to combined oral contraceptives with levonorgestrel, NuvaRing users were about twice as likely to form blood clots.

The Danish study was not included in the U.S. NuvaRing labels. FDA spokeswoman Andrea Fischer told Shots in an email that the agency "questioned the design and study population, and did not have the opportunity to independently review the original data."

For one thing, the study compares "all users," rather than just new users. "When using any hormonal contraceptive, the risk of blood clots is higher during the first few months of use," according to Fischer, so including both new and longtime users in the same study may make it seem like newer contraceptives are riskier, when actually new users of any method are already at a higher risk.

Merck does cite the Danish study on some labels outside the U.S., but the company also notes that the research has shortcomings, including that it does not adjust for some factors that are known to increase risk of blood clots on their own (like smoking, body mass or family history).

There needs to be more studies comparing the NuvaRing to other methods of birth control, according to Dr. Michael Policar, an associate clinical professor of obstetrics and gynecology at the University of California, San Francisco. But he tells Shots that women need to be careful when evaluating statistics about the risks.

Did Penicillin, Rather Than The Pill, Usher In Age Of Love?

Relative risk compares risk between two groups; absolute risk measures any individual's chance of getting the side effect. For example, that "six times more likely" statistic from the Danish study is a measure of relative risk. And because blood clots are relatively rare, an individual woman's risk remains low.

Women need to compare that to the risk of pregnancy, too, says Bill Albert, chief program officer for the National Campaign to Prevent Teen and Unplanned Pregnancy, which runs Bedsider. The risk of forming a blood clot while pregnant shoots up to about 1 in 340, Albert says.

Given the various complications of an unplanned pregnancy, Albert says, "skipping birth control altogether for fear of blood clots isn't the way to protect oneself."

The National Women's Health Network has been vocal in pushing for more disclosure of the risks of the NuvaRing — though the organization believes the product is safe enough to be on the market. Amy Allina, interim executive director of the NWHN, says the NuvaRing warning change in October is not accessible enough to women, in part because it's in the section for prescribers, not users.

The NuvaRing: Yay Or Nay?

Pros: Three to four weeks of "continuous contraceptive coverage:" Since you only deal with it once a month, you're less likely to make a mistake. It's user-friendly: You can do it yourself. Also, it has fewer side effects than birth control pills, which can cause nausea, acne and bleeding problems.

Cons: Some women just aren't comfortable putting the ring in or taking it out by themselves. It can fall out for some women. And "if you have one or more of the risk factors [are obese, older, a smoker or have a personal or family history] you should think about something else."

-From an interview with Dr. Michael Policar, UCSF Medical Center

"It's not written in a way that makes it easy to digest, and that's a shortcoming," she says.

The organization has been advocating for informed medical decision-making since the group was created in the '70s. One of its founders wrote a book about the side effects of the birth control pill when it first came out, and helped pressure the government into adding new warnings to the packaging.

Allina says women can handle ambiguity in the research. "Even when there's scientific uncertainty," she says, "that information can be presented in a way that women can deal with."

Merck's proposed settlement is "generally a good development if it means that women are able to get the resources they need," Allina says. But clearer explanations of risk are needed for women who may be looking at NuvaRing in the future.

A spokeswoman for Merck says the company "does conduct routine and ongoing monitoring" of the product and that "we also update the labeling for our products on a regular basis and where appropriate to reflect reported adverse events, regardless of whether causality has been established."

Women have lots of choices when it comes to birth control, Policar says. A range of methods — some without any hormones — are available. Second, blood clots "happen almost entirely in women who are predisposed" because of their weight, age, family and personal history, or smoking habit.

Finally, if a woman is happy with the method she has and is using it effectively — and is in the low-risk category — she should know the risk of blood clots with the NuvaRing is still less than with pregnancy.

Then, Policar says, he would "leave the choice up to her."