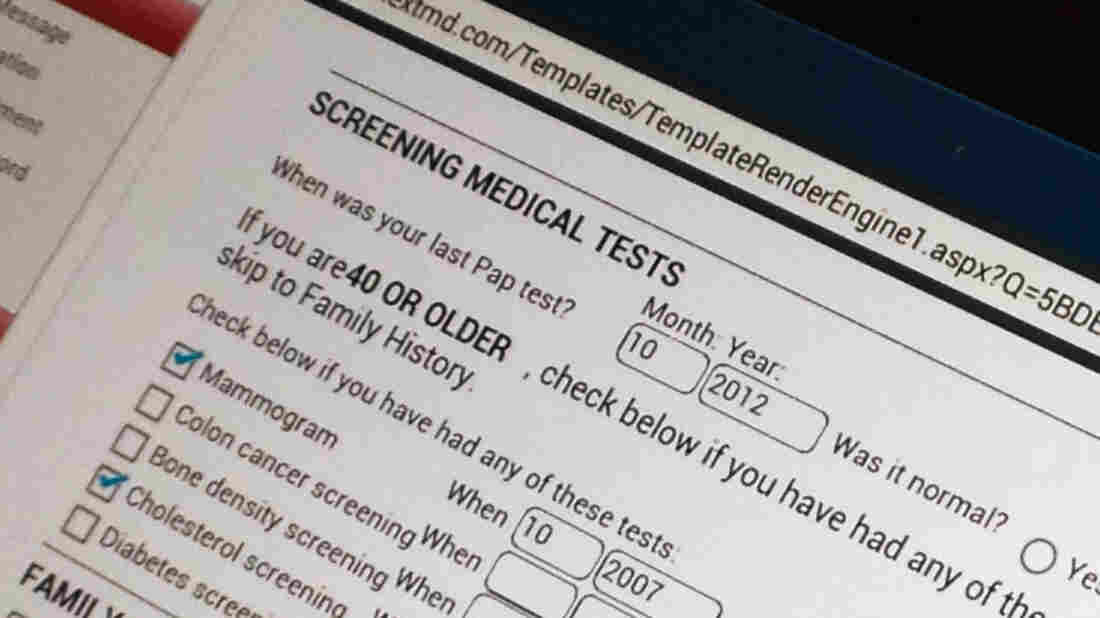 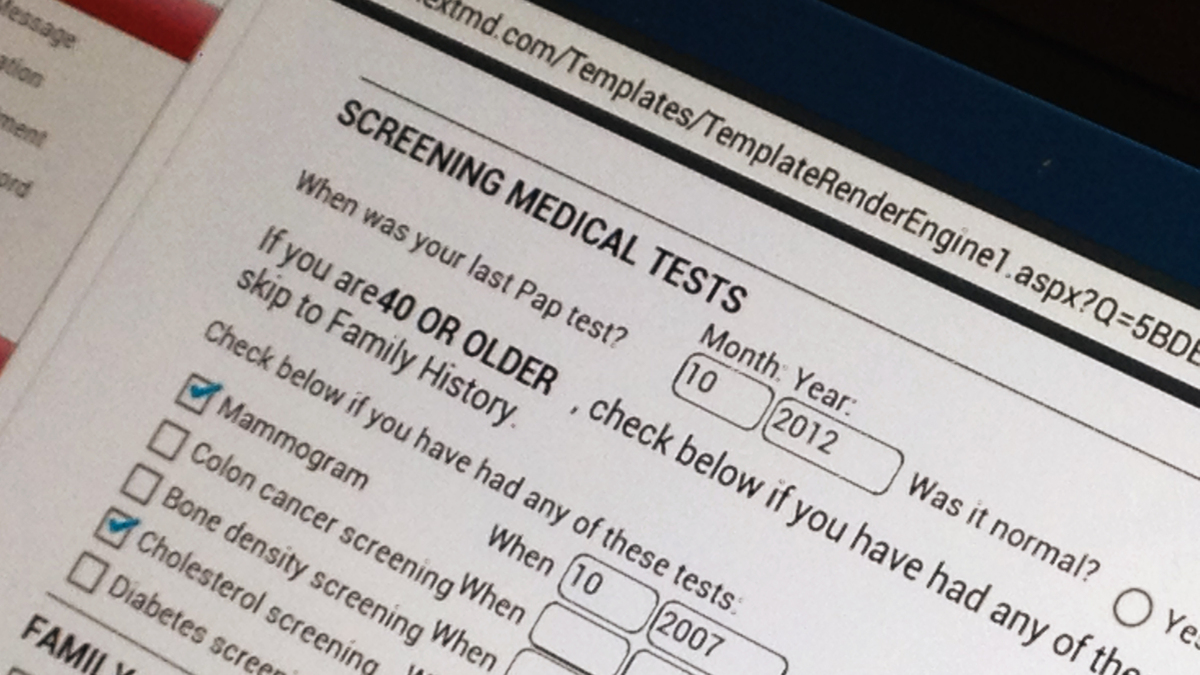 A new electronic system will attempt to cut costs at the Planned Parenthood in Concord.

An unexpected quirk in the Affordable Care Act has left birth control clinics struggling to balance their budgets in California.

Clinics that have long enjoyed state support to run as nonprofits are having to rethink how to stay in business. 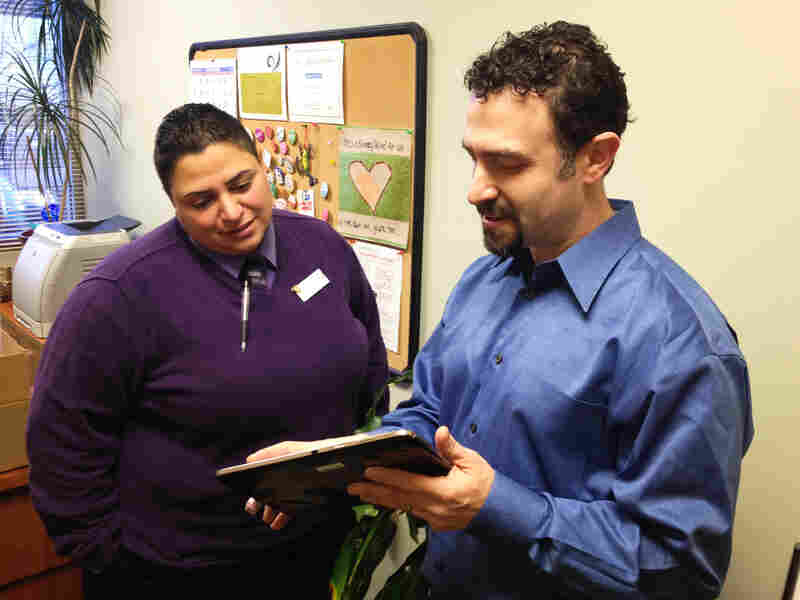 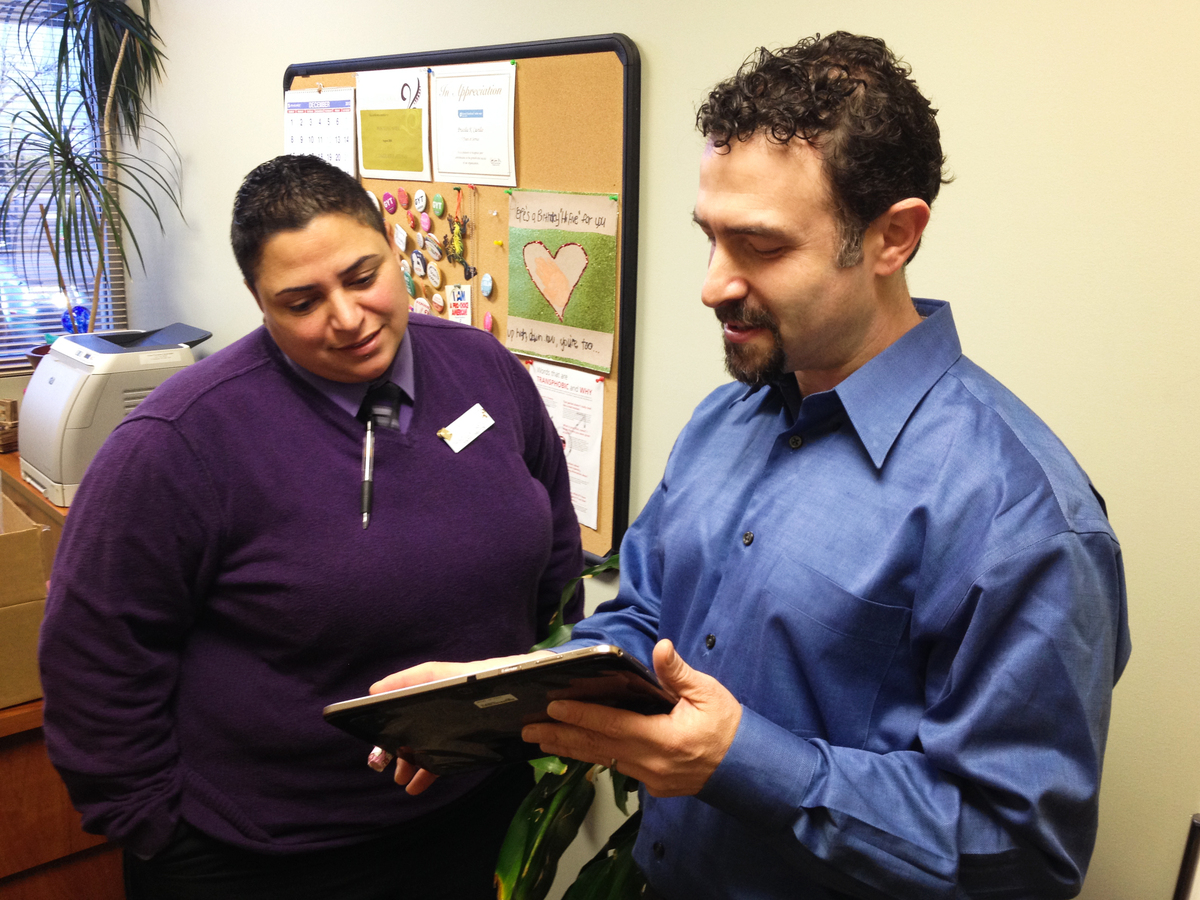 Clinic director Priscilla Castillo looks at a tablet with a new electronic system that will attempt to cut costs at the Planned Parenthood in Concord.

Take the Planned Parenthood clinic in Concord, about 30 miles east of San Francisco. Priscilla Castillo is surrounded by a rainbow of insurance forms patients fill out when they come to the clinic. They won't have to much longer, though, because the clinic is moving to a new electronic system.

It's the clinic's latest attempt to cut costs in the age of Obamacare. At the start of the New Year, the vast majority of their patients became eligible for Medicaid.

For the last 15 years, such clinics have been paid through a robust state program called the Family Planning Access Care and Treatment Program, or Family PACT. It is the first and largest program of its kind, covering the cost of family planning services for nearly 2 million uninsured women and men, with no cap on spending. Nearly 60 percent of Planned Parenthood's income is from the program.

But with the Medicaid expansion, its revenue streams are going to start shifting dramatically: 84 percent of the clinic's patients became eligible for Medicaid on January 1st.

That's great for low-income patients who will now have access to comprehensive medical care. But it's not clear that it will be a great thing for family planning clinics in California. Medicaid reimbursement rates are the third lowest in the country. Last month, they were cut another 10 percent, while Family PACT rates stayed the same. Kathy Kneer, the president and CEO of Planned Parenthood Affiliates of California, said that's got clinics worried about their bottom line.

"Providers are looking at 2014 with a great deal of trepidation," Kneer says. "Our landlord's not going to take a rate cut, our utilities aren't going to take rate cuts, our staff are already undercompensated. It's very difficult. We just have to reduce services."

She says clinics will lose money on every Medicaid patient. Health centers in rural areas and some urban areas that already have trouble breaking even will have no other choice but to limit how many patients they can see.

Clinics may also have to shorten the time providers can spend with each patient. That's because the state program reimburses clinics for counseling time, but Medicaid does not. Kneer says this presents a critical challenge for explaining the proper use of contraceptives to people who are using them for the first time, especially young people and immigrants.

"We had an Asian couple come in," Kneer says. "The man wanted to be very supportive of his partner so he said he would take the [birth control] pills. If you don't have counseling time, you hand them pills and push them out the door and something like that could happen."

Studies show that taking time to counsel patients contributes to their adherence to birth control. Audrey Hackenworth has been coming to Planned Parenthood since she was 17. "Being here they gave me a lot more real life information, things that were actually applicable versus the textbook anatomy stuff that school teaches you," she says.

Different clinics are developing different survival strategies to weather the funding changes. Some are planning to expand beyond reproductive services to provide a full range of primary care, so they can claim reimbursement for more services and tap into a pool of federal money. But some Planned Parenthoods perform abortions, they can't take federal funds. Instead, they're forging partnerships with other clinics so they can get some income from referred patients.

They're also focusing on improving efficiency. That does mean cutting back on the counseling time, partly because they won't get paid for it, and because it leaves other patients sitting in the waiting room too long. Clinic directors like Priscilla Castillo have been under pressure to keep things moving.

"We don't want to lose clients because they can go to another location and get in and get out in 15 minutes, you know," Castillo says. "We definitely want to be competitive. Before we would give all the information all the time. Now we're training folks to ask certain key questions and focus on what they're here for specifically and then bombard them with that information that they're asking for."

Planned Parenthood and other family planning clinics in California are looking for the right balance of time that's both good for the patient, but also helps them stay in business.