Accessibility links
Health Law's Employer Mandate Hits Another Speed Bump : Shots - Health News The Obama administration is again delaying a part of the Affordable Care Act that requires most companies to provide employees with health insurance. This time, smallish firms — those with fewer than 100 workers but more than 49 — get a reprieve until 2016. 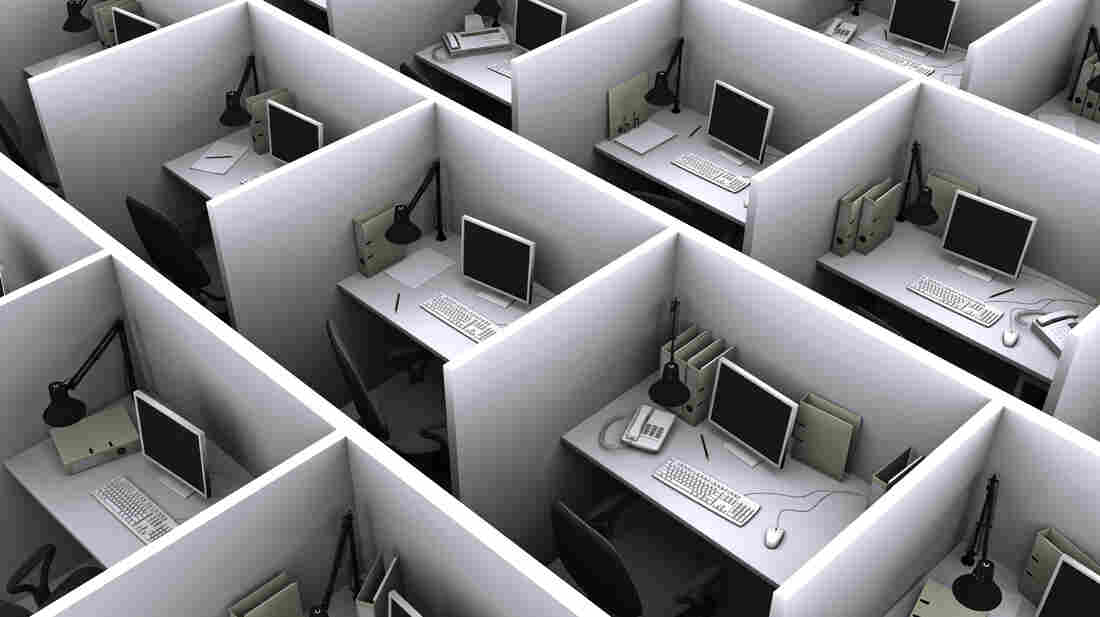 The Obama administration is, again, delaying implementation of a part of the Affordable Care Act that requires employers to provide health insurance to their workers (or, potentially, face penalties). But this time it's not the entire "employer mandate" that's being delayed (as it was in 2013) — just part of it.

For most businesses affected by the law (firms with fewer than 50 workers are exempt), the employer provisions will go into effect, as scheduled, on Jan. 1, 2015. The companies will, however, get a small bit of relief. For the first year, they will have to offer coverage to only 70 percent of their full-time employees, rather than 95 percent, as was originally written. Under the "final rules" issued by the Treasury Department, the 95 percent requirement won't kick in until 2016.

The biggest change announced Monday, however, offers a reprieve to not-quite-small businesses — firms that employ between 50 and 99 workers. These companies will get an additional year — until Jan. 1, 2016 — to meet the coverage requirements, if they promise neither to shed employees nor to cut employees' hours to get their firm into that 99-worker category.

"For the 2 percent of American businesses that have between 50 and 99 employees, the Treasury Department concluded that a phase-in was the most common-sense way to implement the law," says White House health policy adviser Phil Schiliro.

Republicans were quick to blast the administration for selective implementation of the law.

"Once again, the president is rewriting law on a whim," said House Speaker John Boehner in a written statement.

Sean Spicer, communications director for the Republican National Committee, was more direct. "I think there is a huge bit of irony," he told NPR, "that the administration and Democrats in Congress accused Republicans of trying to undo a law that they have unilaterally continued to undo or delay, week after week, as they have recognized how unpopular it is throughout the country."

But not everyone sees the move as purely political. Neil Trautwein of the National Retail Federation says his group is grateful for the new flexibility the rules provide.

Trautwein says the Obama administration has "proactively decided to address what appears to be a problem — that being the accommodation of some not-very-large businesses to the ACA, and the idea that you can't flip a light switch and instantly become compliant."

But the new rules also, conveniently, push back until well after the 2014 elections some of the difficult changes that some of those midsize businesses may have to make.