Accessibility links
Enrollment up in January for Affordable Care Act : Shots - Health News Slightly more women than men are signing up for coverage. The most popular plans are the silver ones, the third-most generous type among the four main kinds offered on insurance exchanges around the country. 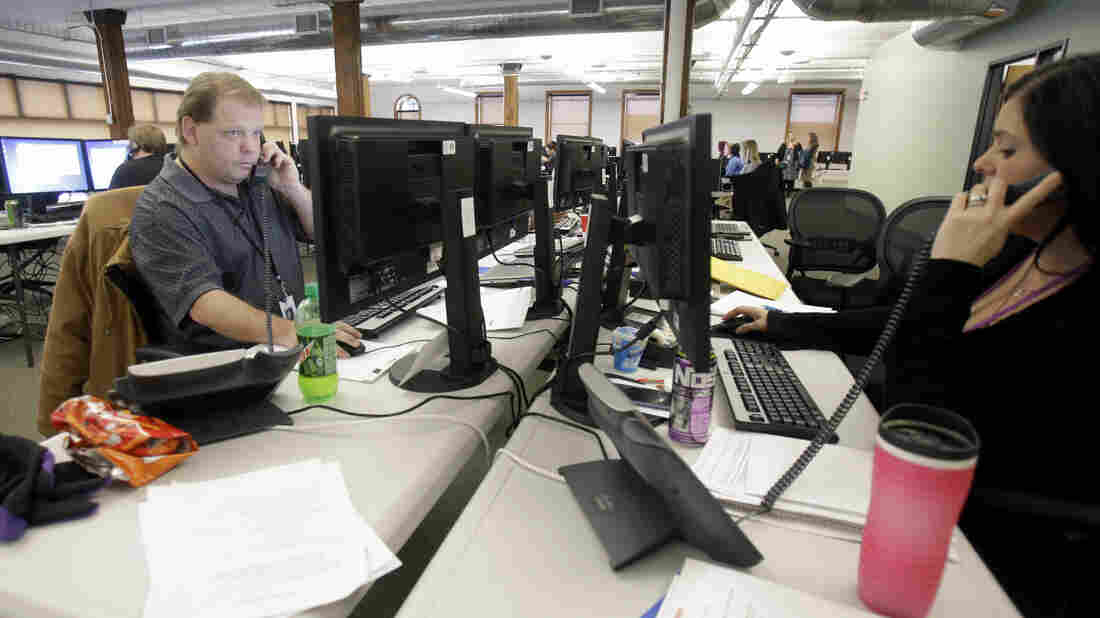 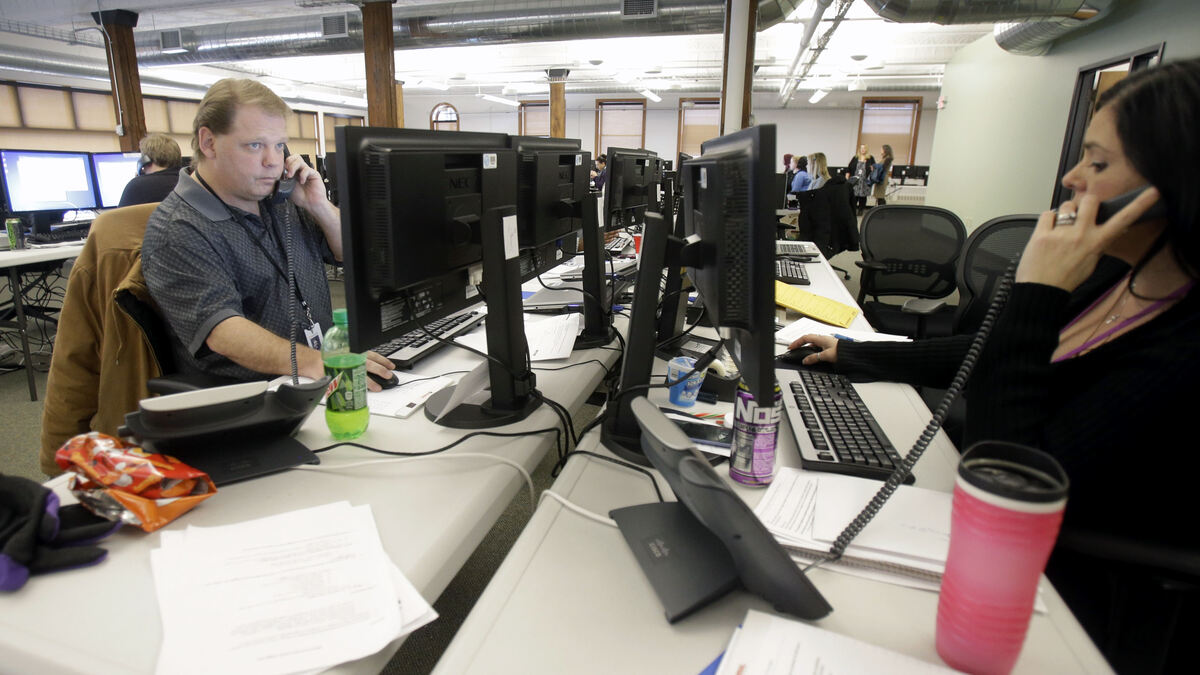 January was a miserable month for weather, but the wintry blasts in much of the country weren't enough to stop people from shopping for health insurance.

More than 1.1 million people signed up for coverage through state and federal health exchanges in January, according to a just-released report, bringing the total to just shy of 3.3 million people.

And the percentage of young adults — the coveted demographic considered key to making the insurance pools viable — rose a bit during January. People ages 18-34 now account for 25 percent of the total exchange enrollment, up from 24 percent in December.

"The 65 percent growth rate" of young adults signing up "is larger than all other age groups combined," Health and Human Services Secretary Kathleen Sebelius told reporters in a conference call.

For the first time, the monthly report includes information on gender and the types of plan people are buying. At least so far, more women (55 percent) than men are signing up for coverage. And by far the most popular plan is the silver, or third-most generous plan, which has been selected by 62 percent of enrollees.

Officials did, however, point to a new Gallup survey finding a reduction in the number of uninsured Americans.

One thing officials insist on — at least for now — is that they have no plans to extend the current closing date of the open enrollment period from March 31.

"I think we've been pretty clear that the end of the open enrollment period is March 31," said HHS spokeswoman Julie Battaille, "and you'll see that messaging in a lot of the outreach activities that we are conducting to date."

Reaction to the January numbers was, not surprisingly, mixed.

Brian Haile of Jackson-Hewitt, who has been urging officials to move the open enrollment to dates that don't conflict with holiday spending, says the unexpectedly strong January signups prove his point.

"Given the cash flow pinch at the holidays, most lower- and middle-income consumers wait for their tax refund before they take on new financial obligations," Haile said in a statement. "So the key to enrollment success among low and middle income Americans is to offer products when those consumers have the cash to purchase what is for sale."

Insurance consultant Robert Laszewski, however, was less impressed. "The feds made a big deal in the release about getting an improved age result," he wrote in an analysis of the numbers. "But the greater challenge for them is the overall low number of people enrolling."

The original version of this post incorrectly said that young adults now account for 27 percent of total exchange enrollment. The correct number is 25 percent.