Accessibility links
Elusive Goal: A Transparent Price List For Health Care : Shots - Health News Price-shopping for coffee makers is easy. Finding the actual cost of a colonoscopy? Nearly impossible. But putting together a useful, comprehensive price-list for patients of the widely varying charges for various health procedures is difficult and expensive, states are learning. 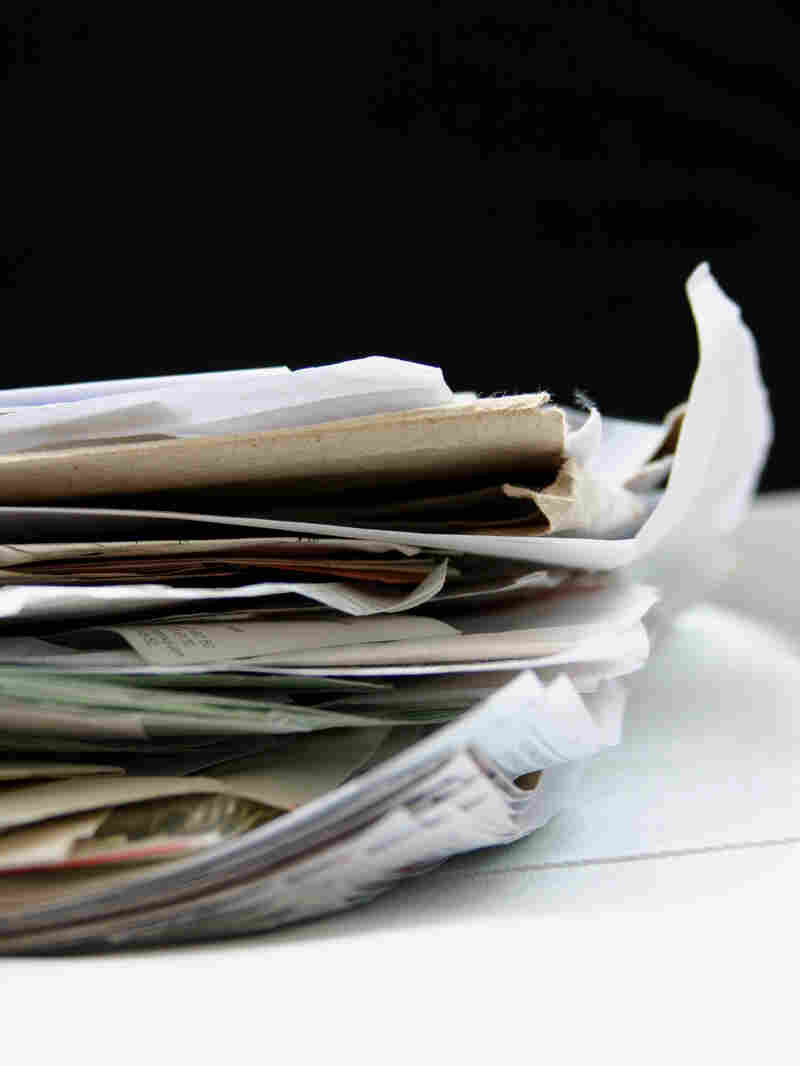 Some states are trying to make health care prices available to the public by collecting receipts from those who pay the bills: Medicare, Medicaid and private insurers. Some states' efforts to make these prices available are in jeopardy. iStockphoto hide caption

Coffee is important to many of us, but let's say your coffee maker breaks. Finding a new one is as easy as typing "shop coffee maker" into your browser. Voila — you've got models, prices and customer reviews at your fingertips.

But say you need something less fun than a coffee maker — like a colonoscopy. Shopping for one of those is a lot harder. Actual prices for the procedure are almost impossible to find, and Bob Kershner says there's huge variation in cost from one clinic to the next.

"You see the range is from $2,800 down to just about $400," he says, pointing to a computer screen displaying some colonoscopy prices in Denver.

"Knowledge is power," she says. "None of us have had much information about how much health care services actually cost, and how much we're getting for our money." A database that includes all health claims in a particular state, she says, "gives you that information, so you can become an empowered consumer."

Colorado is one of eleven states that are starting to make public a lot of health care prices. It's taken years. An "all payer claims database" is the first step in Colorado. It's basically a giant shoebox that aims to collect a copy of every receipt for a health care service in a given state. Since doctors and hospitals generally don't tell people how much services cost beforehand, the best way to figure out the price is to get receipts from the parties that pay the bills: insurance companies, Medicaid and Medicare, mostly.

The more such information is made public, Sonn says, the more people will "vote with their feet" and migrate away from high-cost providers.

However, turning this information about price from eye-crossing rows in a spreadsheet into consumer-friendly formats is hard. Colorado's effort has taken years. Laws had to be passed to get insurance companies to send in their claims data (the receipts for what they're paying), and sorting through all the information is a lot tougher than organizing a pile of paper receipts in a shoebox.

"Claims data is dirty," says Sonn. "It's really dirty. It takes a lot of scrubbing to make sense of it. It's complicated, time consuming and expensive."

Colorado has had funding to do that from private grants, but those are drying up. In order to keep on making basic price information accessible to the public for free, the state wants to sell more complicated, custom data reports to businesses within the health industry.

There is a growing market for those sorts of reports, says Dr. David Ehrenberger, the chief medical officer for Avista Adventist hospital, outside Denver. He would like to see reports that show not just how much his competitors are charging, but also whether their patients have more or fewer complications. That would give him better negotiating power with big insurance companies.

29 States Get F On Disclosure Laws For Health Care Prices

That's because big insurance companies pay bills at hospitals all over the state, so they have a big picture view of how much everybody charges for procedures, and of details such as complication rates. Individual hospitals only know their own prices. It's as if only customers could get a list of prices for different coffee makers, but Cuisinart and Mr. Coffee couldn't, so they wouldn't know if they were asking too much or too little for their coffee makers. The better view Ehrenberger can get of the entire marketplace for health care services, the better he can set prices.

"What we want to do is be able to have the data that shows, unequivocally, that we can provide a better quality product — and [at] a cost they can afford," he says.

But there's a glitch. In order to get the kinds of reports Ehrenberger and other health care providers want, they have to include price information from all payers, and one of the biggest is Medicare — it pays about a fifth of all health care bills in Colorado. At the moment, Edie Sonn explains, they cannot use that Medicare data in any of the custom reports they want to sell.

How Will Medicare Pull Back The Curtain On Pay For Doctors?

"Current federal law restricts what we can do with that Medicare data," she says. "The only thing you can use their data for is public reporting."

Sonn's organization and others like it have found support on Capitol Hill to let them sell Medicare data. It turns out that Democrats and Republicans agree that price transparency is key to controlling costs. A measure that would make that change is now part of a bigger Medicare bill (find it in section 107) working its way through Congress. If it passes, Colorado will be one step closer to making shopping for health care as easy as shopping for a coffee maker.

This story is part of a partnership between NPR and Kaiser Health News.