Accessibility links
As Health Crisis Looms, Cameroon Cracks Down On Illegal Clinics : Shots - Health News The African country faces some of the toughest health problems in the world, including high rates of HIV and infant mortality. Many people in need turn to unauthorized private clinics for care. 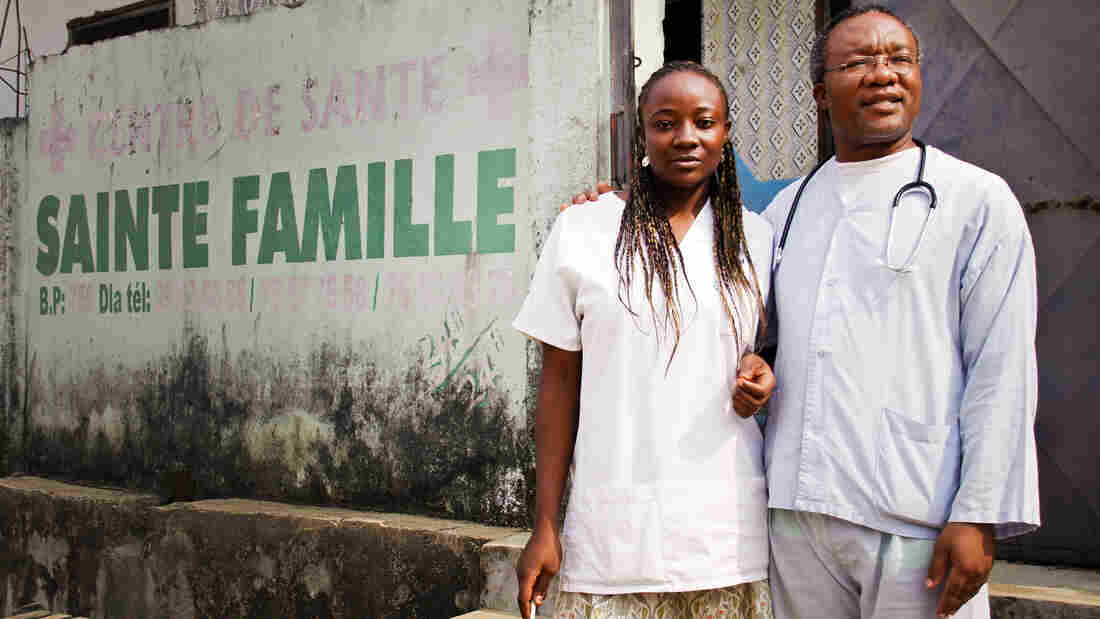 Sylvestre Mebam (right) runs an unauthorized health clinic in Cameroon's largest city of Douala. He and his assistant treat about 10 to 15 people each day. Andres Caballero/NPR hide caption 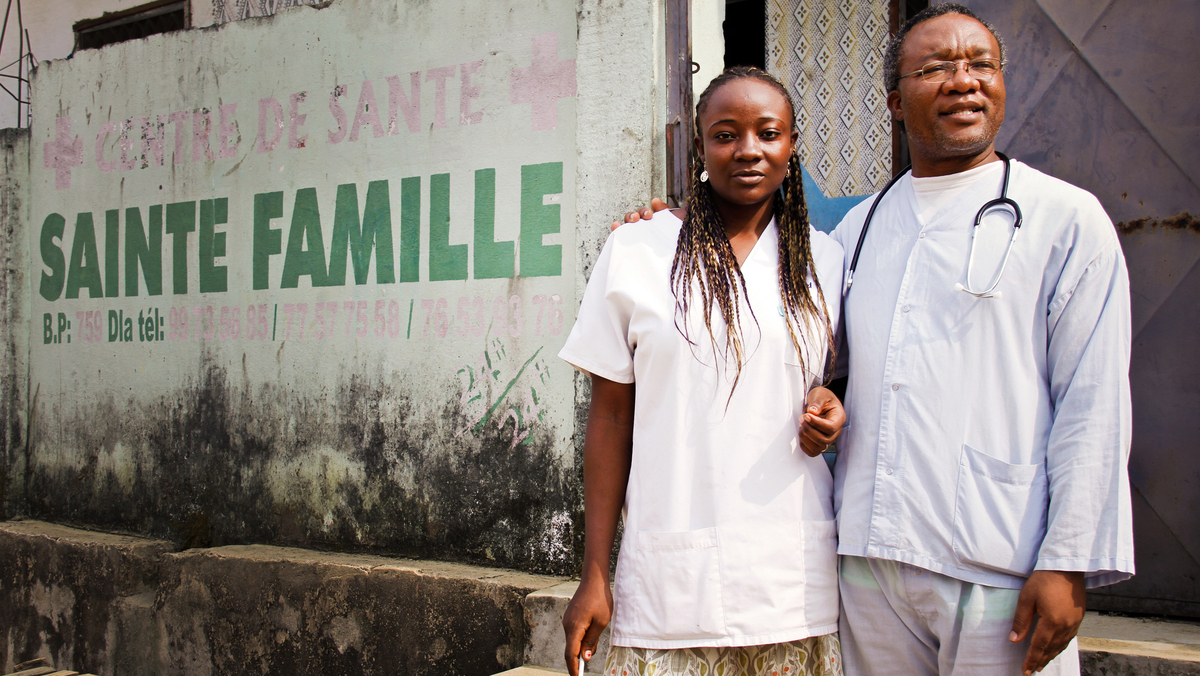 Sylvestre Mebam (right) runs an unauthorized health clinic in Cameroon's largest city of Douala. He and his assistant treat about 10 to 15 people each day.

When Kwagne Elian came down with a high fever, the young woman in Cameroon did what many of us would do in the United States: She went to a private health clinic in her neighborhood.

But unlike the clinic at the local CVS here in the U.S., the one Elian goes to is illegal. And it's the target of a crackdown by the government. 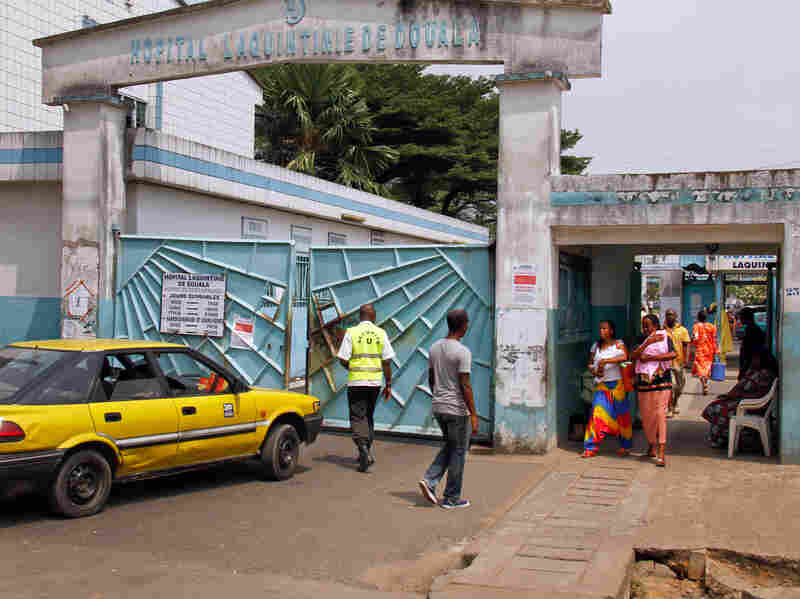 Laquintinie Hospital is one of the busiest public health facilities in Douala, Cameroon. The hospital is known for its slow service and lack of medical staff. Andres Caballero/NPR hide caption

Cameroon is tackling a health care crisis. The country's 22 million people face high rates of HIV, malaria and tuberculosis. And the country has one of the highest infant mortality rates in the world.

But public health care is too expensive, or simply not available, for many families. So they've have turned to unauthorized clinics for care.

One such clinic is the Family Health Medical Center in Cameroon's largest city of Douala.

Elian says she goes to this facility because the doctor is understanding, and the treatment is affordable. "They put patients before money, and take good care of them," she says.

When you step inside the clinic, it feels like walking into someone's home. To the left there's a room outfitted with an old mattress on a wooden frame and, right above it, a mosquito net. A pregnant woman in distress gave birth to a premature baby there earlier in the day.

The clinic often receives patients from nearby government hospitals when people run out of money for treatment there, says Sylvestre Mebam, who operates the Family Health Medical Center.

Mebam says he also sends people to public facilities when a patient's situation is beyond his ability, such as the woman who'd gone into labor prematurely. Her baby died at the state hospital hours after birth.

Mebam says he treats about 10 to 15 people each day. And there are hundreds of clinics similar to his around the country.

But the government sees these private, unauthorized facilities as a threat to public health. And it has kicked off a campaign to shut them down: The clinics that meet standards in regards to their staff, equipment and hygiene will be asked to legally register, the Ministry of Public Health says. The ones that do not successfully register will be closed.

"Most of these clinics do not have the qualified personnel," says Dr. Henry Luma, medical director of the General Hospital in Douala, one of the best-equipped facilities in the country. "And there is no way that they have a system to control the quality of the care they are providing," he says. "There is every right why those clinics should be closed."

Andres Caballero is an NPR Above the Fray fellow, sponsored by the John Alexander Project, dedicated to supporting young journalists and finding untold stories.