Accessibility links
Flu Strikes Younger Adults Hard This Year : Shots - Health News Middle-aged and younger adults are being hospitalized at much higher rates than usual. Lower vaccination rates appear to be one reason behind the trend. 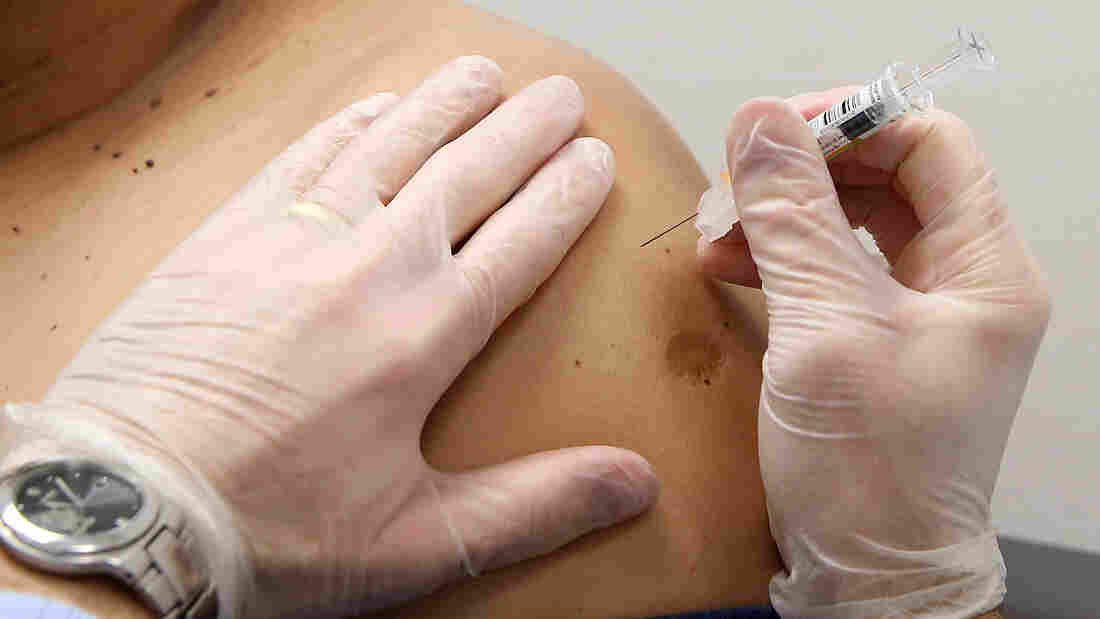 Fredy DeLeon gets a flu shot at a Walgreens pharmacy in Concord, Calif., in January. Justin Sullivan/Getty Images hide caption 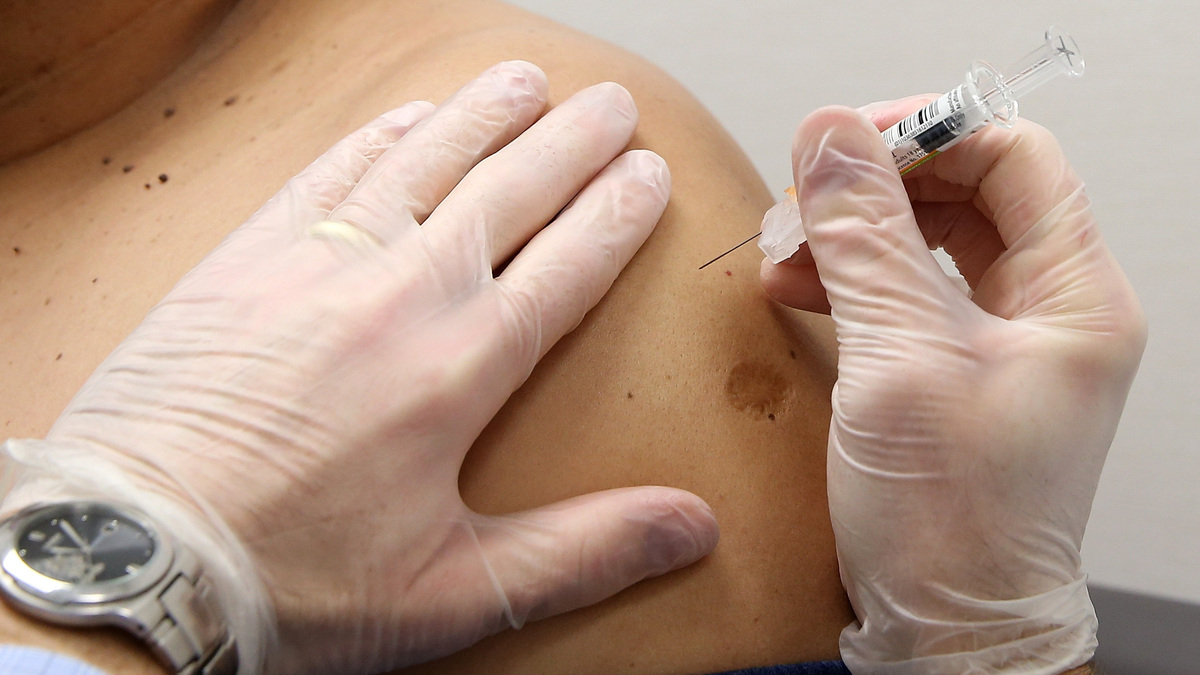 Fredy DeLeon gets a flu shot at a Walgreens pharmacy in Concord, Calif., in January.

More than 60 percent of flu patients who ended up in the hospital this year have been between the ages of 18 and 64. The proportion of young people among the hospitalized is much higher than usual, according to the federal Centers for Disease Control and Prevention. Only about 35 percent of flu patients who were hospitalized in the previous three years fell into that age group, the CDC says.

There's a similar pattern for deaths from the flu this year, the CDC reports in this week's issue of the Morbidity and Mortality Weekly Report. About 60 percent of the flu deaths have occurred among those ages 25 to 64.

The flu is usually a bigger problem for the elderly and the very young.

"Flu hospitalizations and deaths in ... younger and middle-aged adults is a sad and difficult reminder that flu can be serious for anyone, not just the very young and old," CDC Director Thomas Frieden said in a written statement.

The CDC says there are probably two main reasons behind the trend.

One is that the viruses dominating the current flu season are the ones known as H1N1, which is the same type that caused the 2009 pandemic. H1N1 hit younger adults hard that year too. Elderly people tend to have more natural immunity to H1N1 because they could have been exposed to related viruses in the past, whereas those ages 18 to 64 haven't been, the CDC says.

The second reason is that fewer younger adults have gotten their flu shots this year, the CDC says. Only 34 percent of people in that age group have been vaccinated, compared with 41 percent of children and nearly 62 percent of the elderly. And this year's flu shots appear to be working well, cutting the chances of having to go to a doctor because of the flu by about 60 percent, the CDC says.

It's not too late to get vaccinated, Frieden says. It looks as though the flu is going to be around for a while. While flu cases have started to decline in some parts of the country, such as the South, there's still lots of flu in other places. Widespread flu activity is being reported in 24 states, ranging from California to Maine.

"Younger people may feel that influenza is not a threat to them, but this season underscores that flu can be a serious disease for anyone," Frieden says.