Accessibility links
Marijuana May Hurt The Developing Teen Brain : Shots - Health News Studies show regular marijuana use by teens — once a week or more — affects areas dealing with memory and problem solving. That can hurt cognition and academic performance. 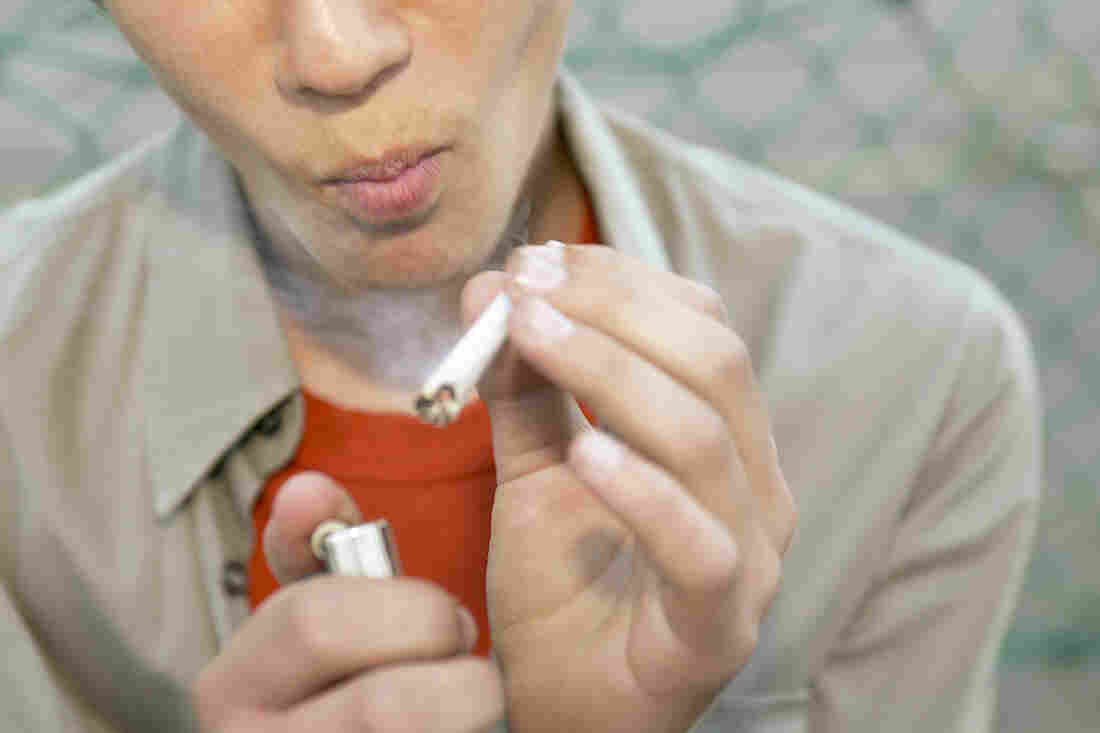 The teenage years are the last golden opportunity to build a healthy brain, researchers say. So smoking pot might not be so smart. Tomas Rodriguez/Corbis hide caption

The teenager's brain has a lot of developing to do: It must transform from the brain of a child into the brain of an adult. Some researchers worry how marijuana might affect that crucial process.

"Actually, in childhood our brain is larger," says Krista Lisdahl, director of the brain imaging and neuropsychology lab at University of Wisconsin, Milwaukee. "Then, during the teenage years, our brain is getting rid of those connections that weren't really used, and it prunes back.

"It actually makes the brain faster and more efficient."

The streamlining process ultimately helps the brain make judgments, think critically and remember what it has learned.

Lisdahl says it's a mistake for teenagers to use cannabis.

"It's the absolute worst time," she says, because the mind-altering drug can disrupt development. Think of the teen years, she says, as the "last golden opportunity to make the brain as healthy and smart as possible."

Lisdahl points to a growing number of studies that show regular marijuana use — once a week or more — actually changes the structure of the teenage brain, specifically in areas dealing with memory and problem solving.

That can affect cognition and academic performance, she says.

"And, indeed, we see, if we look at actual grades, that chronic marijuana-using teens do have, on average, one grade point lower than their matched peers that don't smoke pot," Lisdahl says.

In one study, researchers from Duke University analyzed data gathered over many years from people living in New Zealand. They compared IQs in childhood through age 38 among marijuana users and nonusers.

"We found that people who began using marijuana in their teenage years and then continued to use marijuana for many years lost about eight IQ points from childhood to adulthood," says study author Madeline Meier, now a professor at Arizona State University, "whereas those who never used marijuana did not lose any IQ points."

The amount people smoked also made a difference. Those who smoked the most — at least every day — saw the greatest drop in IQ, the full 8 points. And the younger they were when they started using cannabis, the greater the IQ decline.

It wasn't just IQ. Adults who smoked marijuana as teenagers did worse in tests of memory and decision-making than adults who hadn't smoked pot.

But there's an important caveat here: Those who used the most marijuana in the Meier study had lower IQs to begin with. Dr. Gregory Tau, a psychiatrist and drug abuse researcher at Columbia University, says there's a chicken-and-egg dilemma with many marijuana studies, including this one.

"It's very possible that there's something very different to begin with among teenagers who tend to get into trouble with marijuana or who become heavy users," Tau says. "They could have subtle emotional differences, perhaps some cognitive functioning differences.

"It may be hard for them to 'fit in' with a peer group that's more achievement-oriented."

These differences could predispose them to use pot.

Tau says more funding is needed for better-designed long-term studies. Current research is inadequate to answer all of the questions about marijuana risk. But he says some things are common sense.

"It's not rocket science to think if you smoke weed when your brain is developing, that it can't be 'good' for you, just like any 'toxic' substance isn't good for you," he says.

Such concern seems to be lost among teenagers themselves. In a recent federally sponsored survey, 60 percent of high school seniors say they think marijuana is safe, and 23 percent say they've used marijuana in the past month — more than those who used alcohol or smoked cigarettes.

Six percent of high school seniors say they use pot every day, which is triple the rate over the past decade. And, the marijuana they smoke is much more potent than it was in the 1970s, with far higher levels of THC, the main mind-altering ingredient.

"The higher the THC levels, the more brain changes there are and the more there is the risk for addiction," the University of Wisconsin's Lisdahl says.

She says more teens and young adults are smoking marijuana in states that have made the drug available for medical use. She says that's worrisome because it might be a harbinger of things to come if pot is fully legalized.

With Spike In Teen Drug Use, Parents Examine Their Role