Accessibility links
'Magic' Overdose Drug Works, But Demand And Price On The Rise : Shots - Health News First responders nationwide are expanding use of Narcan, used to treat heroin and other opioid overdoses. But the drug is pricey — and only one company makes it. 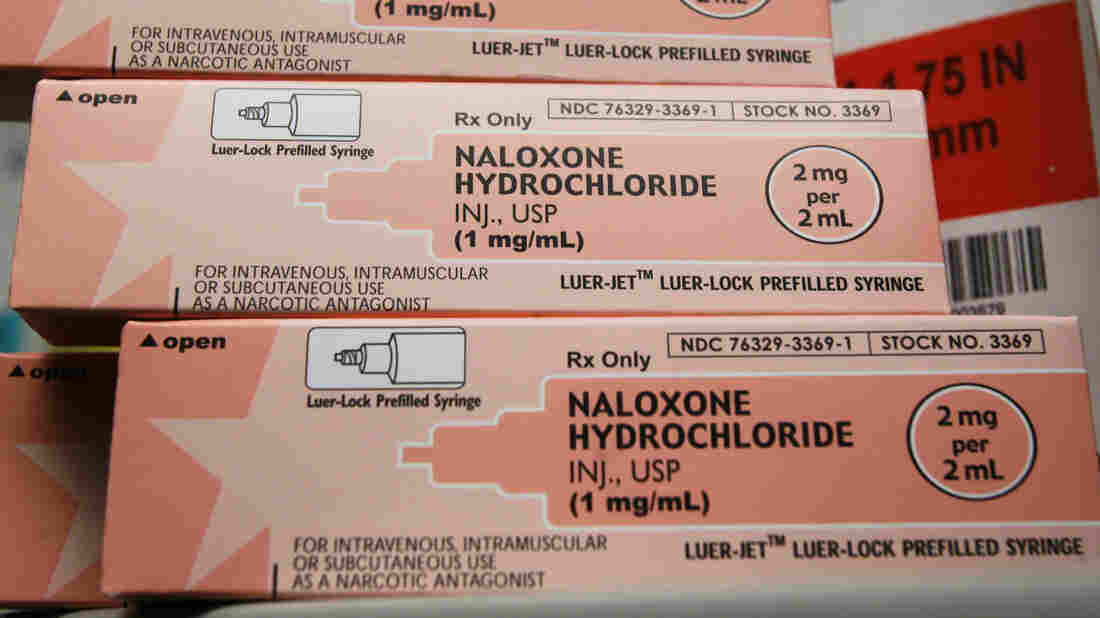 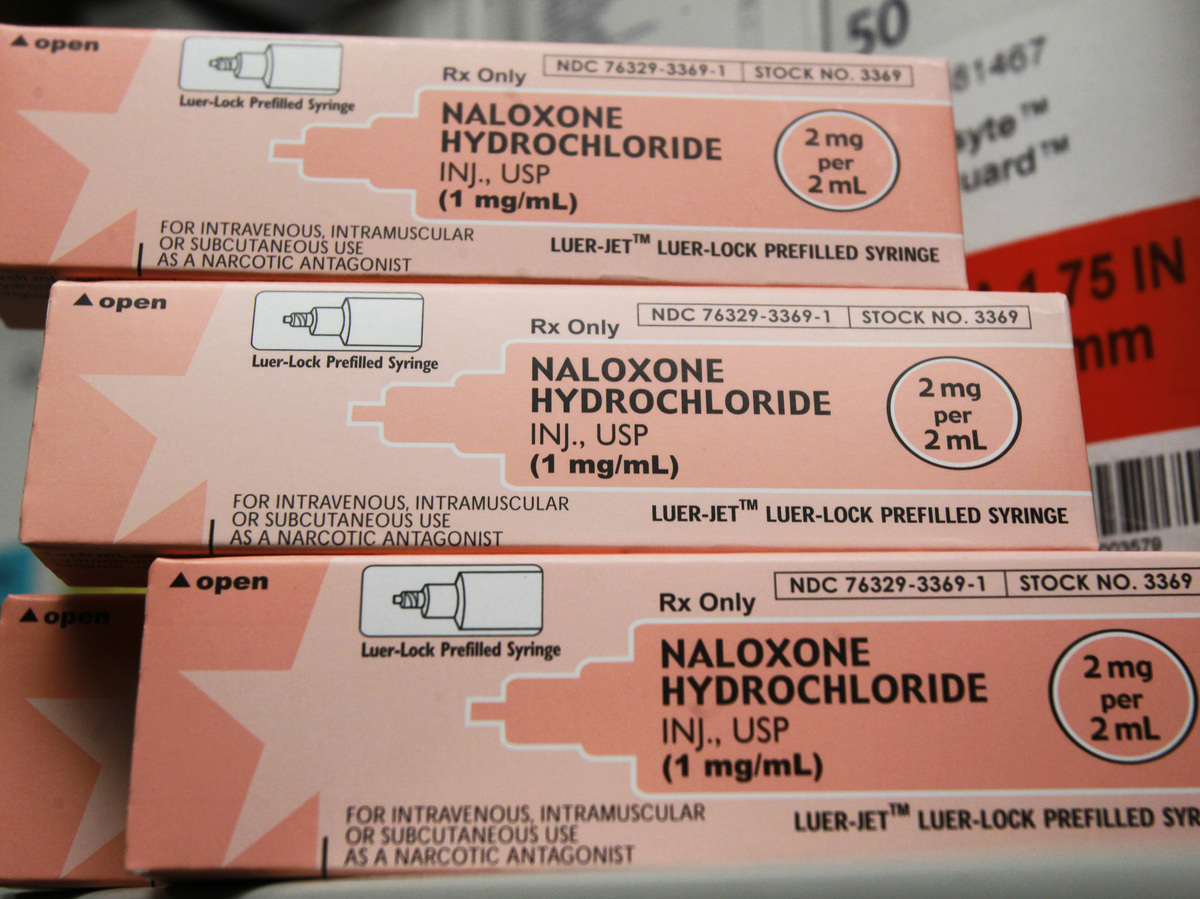 Several states distribute Naloxone hydrochloride, also called Narcan, to treat opium-based drug overdoses. But only one company manufactures the drug, and the price has spiked in recent years.

Calls to the fire department for suspected drug overdoses are increasingly common in Revere, Mass. The department responded to 16 overdose calls in a single six-day stretch in February.

Revere is not alone. Across the country, communities are reporting a spike in opioid overdoses. And in several states, government agencies and health clinics are working to provide an anti-overdose drug, Naloxone, to as many people as possible. But even as use of the drug is rising, so is its cost.

Revere is one of five Massachusetts communities participating in a state pilot program where emergency responders administer the nasal spray form of the drug, also known as Narcan, to reverse the effects of an opioid overdose. There have been more than 2,500 reported overdose reversals in Massachusetts since the program began seven years ago.

"It's just incredible, it's like magic," says Michael Viviano, Revere's deputy fire chief. "There's somebody who's on the ground who's literally dead. They have no pulse. Sometimes they're blue, sometimes they're black. And you administer this stuff and sometimes, in a minute or two or three, they're actually up and talking to you."

But overdose deaths still continue. Exact numbers are not available, but Massachusetts State Police recently released figures showing that 185 people have died from heroin overdoses in the past four months.

That figure is probably much lower than the actual number of overdose deaths because it does not include prescription drug overdoses — or overdose numbers from three major cities, Boston, Springfield and Worcester, where heroin is a known problem.

A Push To Get Narcan To Anyone Who Wants It

Dr. Alex Walley, medical director for the Massachusetts Narcan pilot program, says prescription drug users often switch to heroin because it's cheaper and easier to get.

"What really happened in the last year is there's a realization that these are not two separate epidemics, with prescription opioids and heroin users being different populations or different people," he says.

It's Proven To Save Lives, So Why Is Maine Opposed To Narcan?

Spike In Heroin Use Can Be Traced To Prescription Pads

"What we're seeing now is the final common pathway for people who have opioid addiction is to use heroin."

In Boston, the city's newly elected mayor is trying to get Narcan to anyone who wants it. Mayor Marty Walsh has directed city health workers to offer Narcan training to police, fire officials and anyone who's interested.

Much of Boston's first Narcan community training session earlier this month was devoted to learning how to recognize an overdose. Boston Health Commission worker Berto Sanchez, who conducted the training, demonstrated how to put a small vial of liquid Narcan onto a nasal sprayer, a process that takes about two minutes.

Auta Almeida attended the training, she says, because a relative had overdosed. "I have extended family who actually has OD'd in the past year. And I want to know more information, also to educate my family," she says.

While Narcan is handed out free of charge at these sessions, the cost of the drug has increased. Only one pharmaceutical company, Amphastar Pharmaceuticals, manufactures Narcan in the dosage that's used as a nasal spray. Seven years ago, Massachusetts paid $22 per Narcan kit. Today, that kit costs $42.

Rita Nieves of the Boston Public Health Commission attributes that increase to demand. "[The manufacturer] doubled the price because they know what they have in their hands — a life-saving tool that everybody wants to use now."

Amphastar says it is not able to discuss its pricing history for competitive reasons.

The cost is one negative cited by critics of Narcan, who also argue that it encourages drug use by eliminating overdose fears.

But emergency workers like Revere Fire Captain Jay Picariello say it's their job to do whatever it takes to save lives. "Someone loves that person that overdosed," he says. "It's valuable for that reason. We're bringing ... a son back to a mother."

Seventeen states now use Narcan, and many officials are urging the federal government to step in so the drug can be even more widely distributed at a reasonable cost.