Accessibility links
Health Law Provides No Guarantees Of Access To Birthing Centers : Shots - Health News Over 15,000 births have taken place at birthing centers, and the number is growing. But there are no coverage guarantees despite provisions that prohibit discrimination against health care providers.

Health Law Provides No Guarantees Of Access To Birthing Centers

Health Law Provides No Guarantees Of Access To Birthing Centers 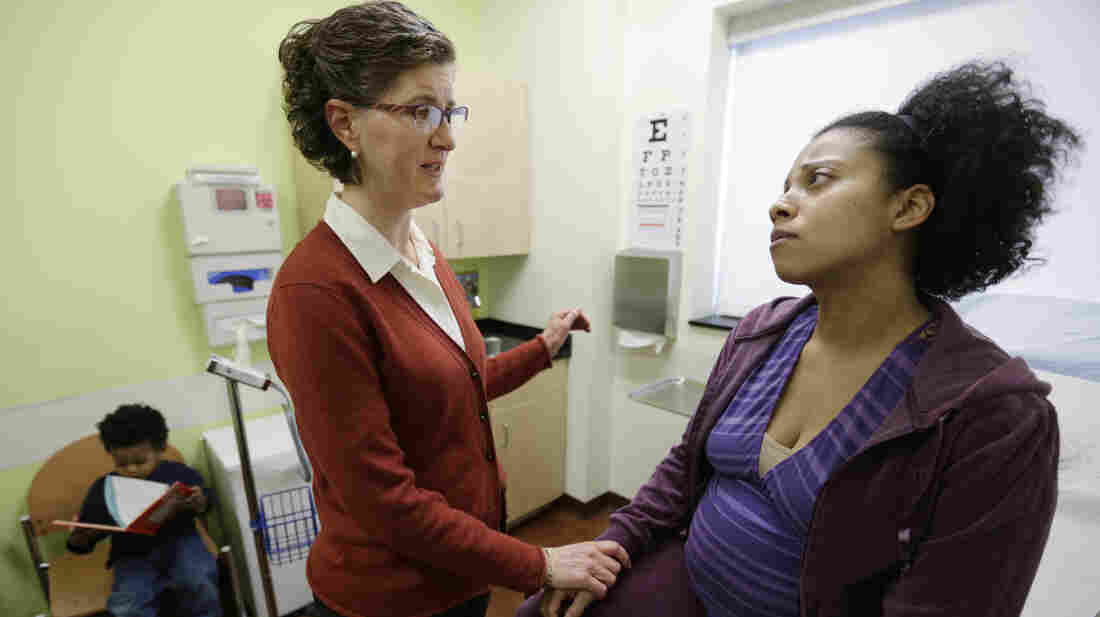 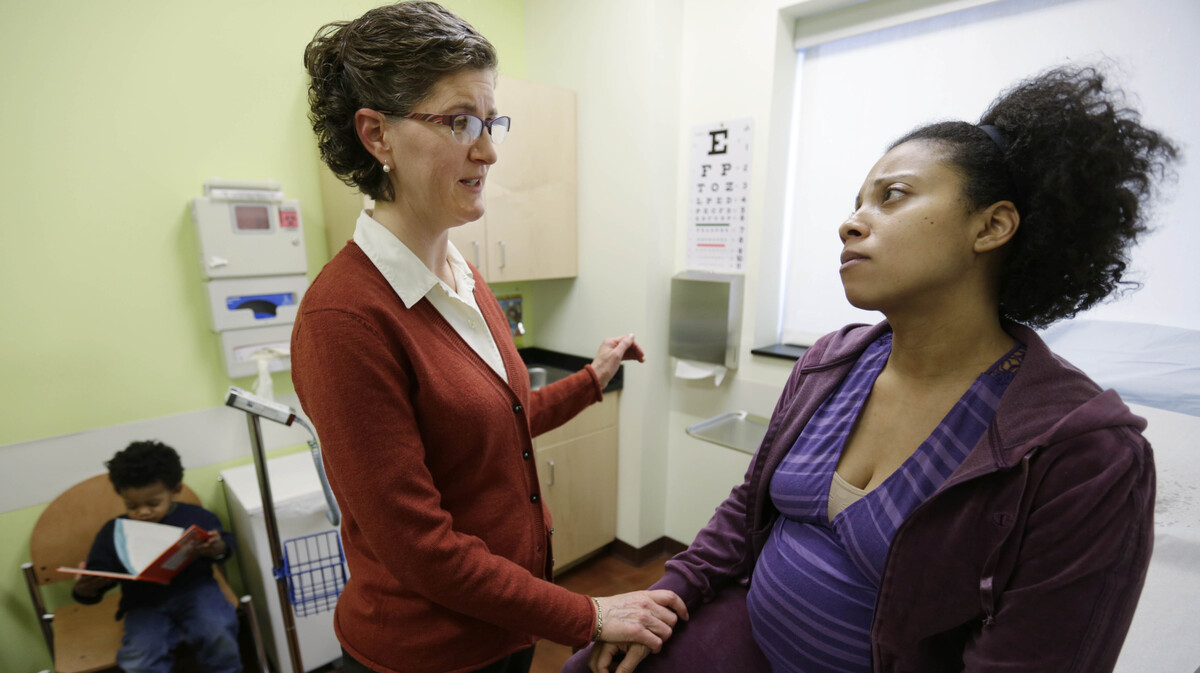 Insurance coverage for maternity care is required in most individual and small group plans under the federal health law, extending such coverage to plans where it used to be rare. But for women who prefer services provided by midwives and birthing centers, there are no coverage guarantees, despite the law's provisions that prohibit insurers from discriminating against licensed medical providers.

The Definition Of Perfection: A Baby's Birth Goes According To Plan

Most women give birth in hospitals and are attended by obstetricians, but a growing number choose to deliver their babies at birthing centers. The centers, typically staffed by midwives, offer women who are at low risk for complications an alternative to traditional hospital labor and delivery, eschewing common medical interventions such as drugs to induce labor and electronic fetal monitors, among other things.

In 2012, 53,635 births in the United States took place outside the hospital, or 1.36 percent of all births, according to a study released Tuesday by the Centers for Disease Control and Prevention. Twenty-nine percent — 15,577 births — occurred at freestanding birthing centers. (The rest were primarily home births.) Although still a tiny percentage of the nation's total, the proportion of births at these centers increased 70 percent between 2004 and 2012, the CDC report found.

Under the health law, Medicaid is required to cover the services of licensed freestanding birth centers. Coverage of midwifery services had earlier been mandated by federal law.

"Birth centers and certified nurse-midwives have a good record of safety and patient satisfaction and birth outcomes," says Cynthia Pellegrini, senior vice president for public policy and government affairs at the March of Dimes.

Birth centers are also significantly less expensive than hospitals. The average hospital charge for a vaginal birth without complications was $10,166 in 2010, compared to $2,277 for a birth center, according to data from the Agency for Healthcare Research and Quality and the American Association of Birth Centers.

Some advocates predict that coverage of birth centers in private insurance plans will become routine now that Medicaid, which pays for roughly 50 percent of all births in the United States, has embraced their use. But at this time, coverage for birth centers and for midwives, who work in a variety of settings, including hospitals, is less predictable in private insurance plans.

When Sean and Stephanie Taylor learned she was pregnant last July, Stephanie, 30, initially planned to use an OB-GYN and deliver in a hospital near the couple's home in Rancho Santa Margarita, Calif. But after visiting her doctor a few times she began to have misgivings about the practice's routine use of ultrasounds, among other things, during her visits.

"I wondered, is this really necessary?" says Stephanie. "I'm a really healthy person, and I'm not high risk. I started to question all of this."

The couple's Blue Shield of California HMO plan, which they have through her job as an executive assistant at a credit union, doesn't have midwives or birth centers available in the couple's network. When Stephanie asked her OB-GYN to approve a request for her to use a nurse midwife out of the insurer's network, he declined, as did Blue Shield.

In its denial letter, Blue Shield said her plan allows for the coverage of midwife services. But it noted that since there are none available in her medical group, she was limited to using any participating obstetrician.

"If someone can get better, less expensive care, why are their hands tied?" says Stephanie. "People should have the right to choose what's best for them." She and her husband decided to pay the $5,500 charge for the midwife and birth center on their own. Their baby is due in April.

Blue Shield of California declined to discuss the details of Stephanie Taylor's case. In an email response, the company said that generally people insured through an employer-provided HMO "must access medical services from providers within the plan network in order to be covered. While some exceptions exist, going outside the plan network is rarely authorized when providers within the network are able to offer maternity care."

Under the health law, maternity and newborn care is one of the 10 essential health benefits that must be covered in individual and small group plans unless they have grandfathered status. But the law doesn't require that specific types of providers be covered, says Dania Palanker, senior counsel at the National Women's Law Center.

Starting this year health plans are prohibited from discriminating against licensed or certified health care providers who want to participate in their networks. However, the law says, insurers aren't required to contract with any particular provider.

Midwifery and birth center advocates say they're uncertain how the nondiscrimination provisions will be applied or enforced, and the Department of Labor says it's not issuing any further guidance.

"It leaves us in the dark," says Jesse Bushman, director of advocacy and government affairs at the American College of Nurse-Midwives.

For consumers, if having access to a midwife or birth center is important, the best and perhaps only remedy is to call the plan directly and ask about coverage.