Accessibility links
Cities Take The Lead In Regulating Electronic Cigarettes : Shots - Health News The Food and Drug Administration is still figuring out what to do about electronic cigarettes. But to reduce the odds kids will get hooked on nicotine, some cities are moving to restrict them. 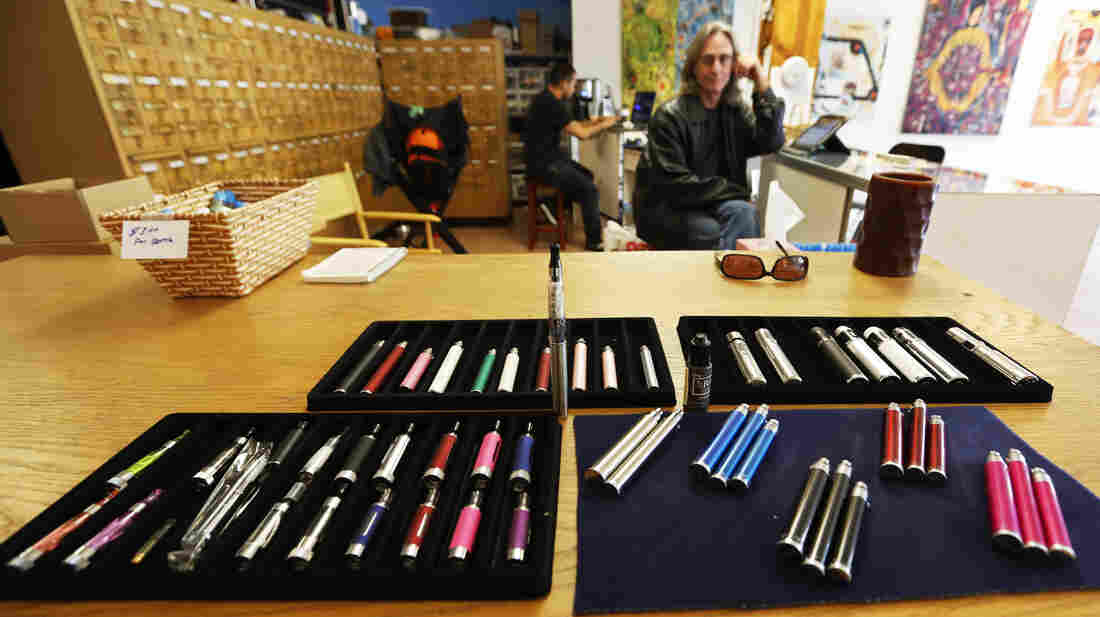 Count Los Angeles as the latest big city to say no to electronic cigarettes.

The City Council there voted unanimously on Tuesday to ban use of the devices, which release vaporized nicotine, in almost all public places, including bars, workplaces and beaches.

If the mayor signs the ordinance, L.A. will follow New York and Chicago in restricting use of e-cigs, much as they do old-fashioned, smoke-producing cigarettes. San Francisco is considering a ban, too.

The Food and Drug Administration is working on proposed regulations on e-cigarettes, but is hampered by the fact that there's very little data on whether inhaling nicotine vapor is hazardous to health, to the vaper or to people nearby. As the FDA's website notes:

Additionally, it is not known if e-cigarettes may lead young people to try other tobacco products, including conventional cigarettes, which are known to cause disease and lead to premature death.

That lack of data is fueling efforts by proponents of vaping, including cigarette manufacturers, to push back against restrictions on advertising, sale and use of e-cigarettes.

But tobacco control advocates say they've seen it all before.

"I feel like I'm in a time machine," Dr. Stanton Glantz, director of the University of California, San Francisco's Center for Tobacco Control Research and Education, told the San Francisco Chronicle Monday, when that city's proposed ban was unveiled.