Accessibility links
A Third Of Nursing Home Patients Harmed By Their Treatment : Shots - Health News Most of that harm could have been prevented, according to a report by the Department of Health and Human Services. The injuries also cost taxpayers nearly $3 billion a year in extra hospitalizations. 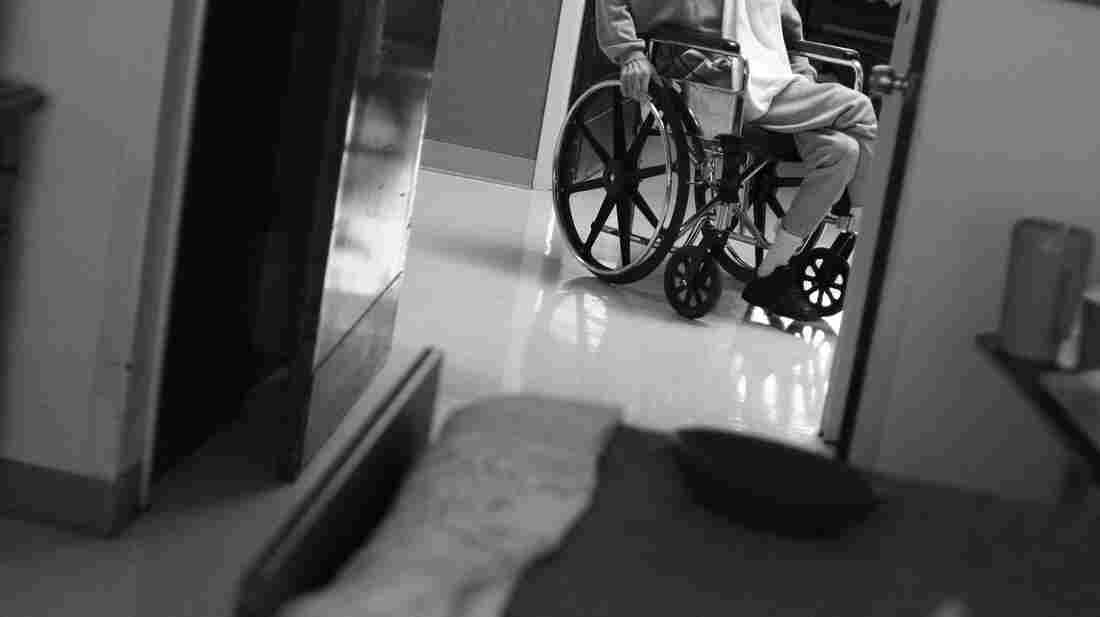 On the last day of his life, Charles Caldwell was surrounded by seven members of his family, but no one thought he was dying. He was in a Dallas-area nursing home, recuperating from surgery to insert a feeding tube. Caldwell had Parkinson's disease. He'd "lost his ability to swallow," explains Caldwell's son-in-law, Bill Putnam. 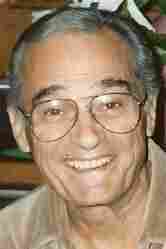 Charles Caldwell died in a nursing home in 2008, his family says, after a nurse there mistakenly forced medicine from his feeding tube into his lungs. Courtesy of the Putnam family hide caption

Things began to go wrong, Putnam says, when a licensed practical nurse gave Caldwell some medication through his feeding tube. The medicine wouldn't stay down. So, as Putnam describes it, the nurse came back with the medication in three large syringes and forced the liquid into Caldwell's stomach.

Within a few minutes, he was choking.

"This medication is traveling up his esophagus and then into his lungs," Putnam says, "and he can't expel it like you and I could. So, within minutes, Dad's thrashing his arms and legs for his last breath. He has no pulse. His eyes are fixed. He's not breathing."

Putnam says that the family could do nothing but watch Caldwell drown.

The case is similar to the many reviewed in a national report on nursing homes. The report was released this week by the Office of the Inspector General of the U.S. Department of Health and Human Services. In a large sampling of Medicare patients discharged from hospitals to skilled nursing facilities in one year, roughly a third of the patients were harmed by their treatment in the nursing homes, the study found. Most of that harm could have been prevented.

Although Caldwell died three years before the department's review team began its study, the officials say his case fits with the misjudgments and ignorance they found repeatedly in their analysis.

"We were surprised at the seriousness of many cases," says Ruth Ann Dorrill, a deputy regional inspector general in the Department of Health and Human Services, the office that conducted the study.

Why A Young Man Died In A Nursing Home, A State Away From His Mom

Dorrill says that many of the problems they observed were failures in ordinary, everyday care. Lack of monitoring and paying attention was definitely a factor, along with "what clinicians would call substandard medical care." She sites the example of a patient already on 15 different medications — not that rare among nursing home patients — who was then given an additional anticoagulant, such as an aspirin, or something similar.

"And then they would have a bleed," Dorrill says, "a fatal bleed."

About 60 percent of nursing home residents harmed by their treatment wound up back in the hospital as a result; such injuries likely cost Medicare about $2.8 billion a year, officials say. That's just the hospitalization cost. It doesn't account for extra doctor visits and longer nursing home stays that also result from patients' injuries.

Nursing homes are inspected by state officials, not by the federal government. But the HHS investigators hope their report will provide guidance for state inspections and will improve patient safety. That's especially crucial because today's nursing home patients are sicker and more fragile than they used to be.

"It's been a gradual thing," Dorrill says.

Twenty years ago, the typical patient might be found in the game room playing cards. But now, Dorrill says, "the average resident might be on a ventilator."

The nursing home industry doesn't dispute the findings of the report, but representatives say it doesn't take into account more recent initiatives to improve care.

Dr. David Gifford is head of quality and regulatory affairs for the American Health Care Association, which represents about 60 percent of nursing homes.

"The report reflected care from 2011 and 2012," Gifford says, while it wasn't until 2012 that his organization started a quality improvement initiative. "So we've been seeing progress since 2012, but we still have a ways to go."

A very long way to go, according to Toby Edelman, an attorney with the Center for Medicare Advocacy. She says she thinks the inspector general's report suggests a simple remedy.

"The inspector general found that staff didn't monitor residents and delayed in providing necessary care. Those are staffing issues," Edelman says. "We don't have enough nurses in nursing homes providing care to residents."

But for Caldwell's family, it wasn't just the size of the nursing home staff, but what they were trained — or not trained — to do, that meant the difference between life and death.