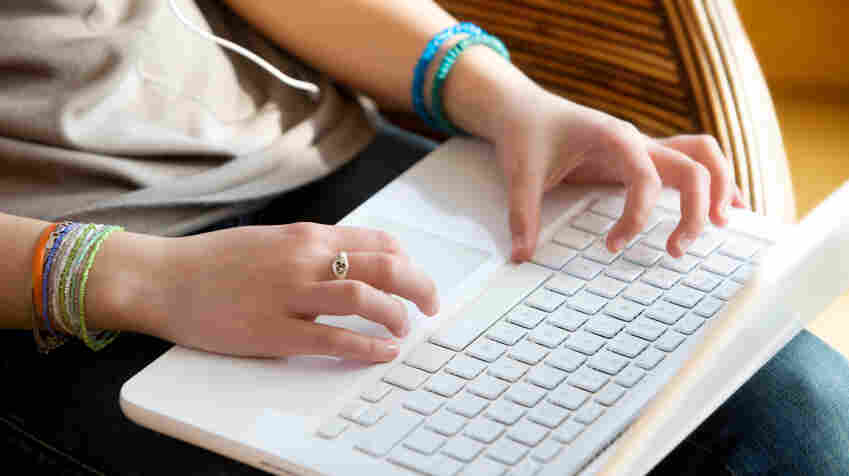 High school students whose friends posted photos of drinking and smoking were about 20 percent more likely to become drinkers or smokers themselves. iStockphoto hide caption

Teenagers put a lot of stock in what their peers are doing, and parents are forever trying to push back against that influence. But with the advent of social media, hanging out with the wrong crowd can include not just classmates, but teenagers thousands of miles away on Instagram, Snapchat and Facebook.

"Kids partying, generally two to three in a picture, raising their glasses, cups, or beer cans," says Thomas Valente, a professor of preventive medicine at the University of Southern California, describing a typical photo shared by teenagers.

Valente is trying to figure out how much emotional weight those sorts of online images carry when it comes to risky behaviors. To do that, he and his colleagues surveyed more than 1,500 10th-graders who attended high schools in southern California.

Students who saw images of partying with comments posted by friends were about 20 percent more likely to become drinkers or smokers themselves over the next few months, the study found. The results were published online in the Journal of Adolescent Health.

That online influence still pales compared to face-to-face influence, Valente says. But unlike more intimate friends, you can have hundreds, even thousands of online friends. And the comments and photos are delivered in seconds.

In years past it would take quite a while for cultures to change, according to Susan Lipkins, a clinical psychologist in Port Washington, N.Y. Not anymore. "Now, because of the Internet we see that worldwide cultures are changing at warp speed."

And teenagers often exaggerate behavior when they imitate it, Lipkins says. "They want to equal it and make it their own by increasing the danger, risk, sexualization, violence, aggression."

That makes it difficult to transmit more gentle values like empathy and compassion, Lipkins says. But bottom line, it's parents who still hold the most influence when it comes to these values.

"I ask parents, when I speak to them, I say 'OK, so there was a car accident; what did you do? Did you stop and help? Did you call 911? Or did you drive by and say; boy I'm glad it's not me?' That's a very mild example of how we teach our kids what to do," she says.

It's equally important to talk with your children about what they view online, Valente says, and put those images in context.

"Know who they're friends with and make sure you have conversations with them about what they're seeing and doing so that they properly interpret it," he says, "so they don't come away from these experiences thinking 'Oh my gosh, if I don't go out partying and drinking heavily every weekend I'm not going to be popular!' "