Accessibility links
Memories Can Go Astray When We Step Outside Our Bodies : Shots - Health News Virtual reality can make people feel like they are experiencing the world outside of their bodies. The sensation can make it hard for the people to remember what happened to them.

Memories Can Go Astray When We Step Outside Our Bodies

Memories Can Go Astray When We Step Outside Our Bodies 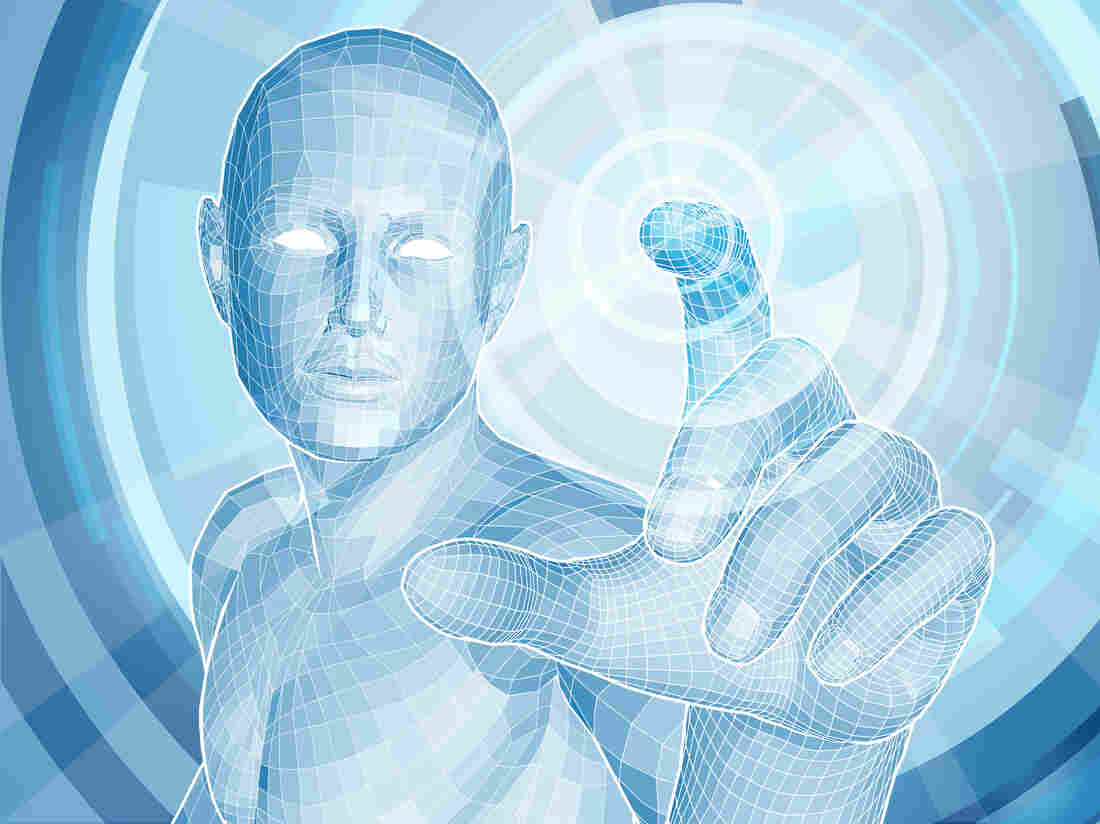 The illusion of an out-of-body experience made it harder for people to remember what happened. iStockphoto hide caption 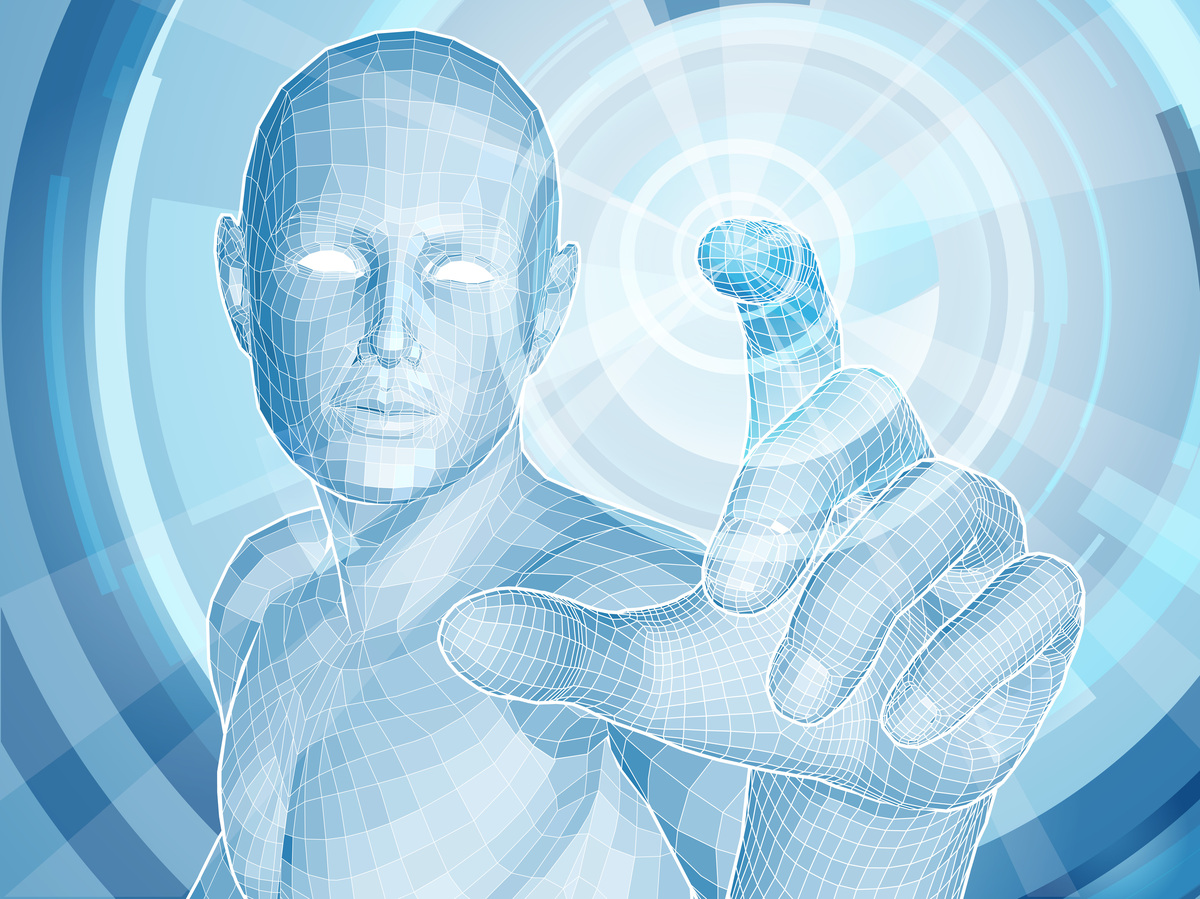 The illusion of an out-of-body experience made it harder for people to remember what happened.

Our bodies may help us remember our lives, fixing experiences in place. By using virtual reality, scientists can make people feel like they're outside their own bodies. And when they do, the brain struggles to remember what happened.

The phenomenon is a bit like the disembodied sensation that some people have with post-traumatic stress disorder or schizophrenia, according to Loretxu Bergouignan, a neuroscience researcher at the Karolinska Institute in Stockholm, and lead author of the study. You might even compare it to an extreme form of daydreaming.

"It's a new way to assess what's going on between two intermingled systems, the body and memory," Bergouignan told Shots. "We did not realize that they were so intermingled." 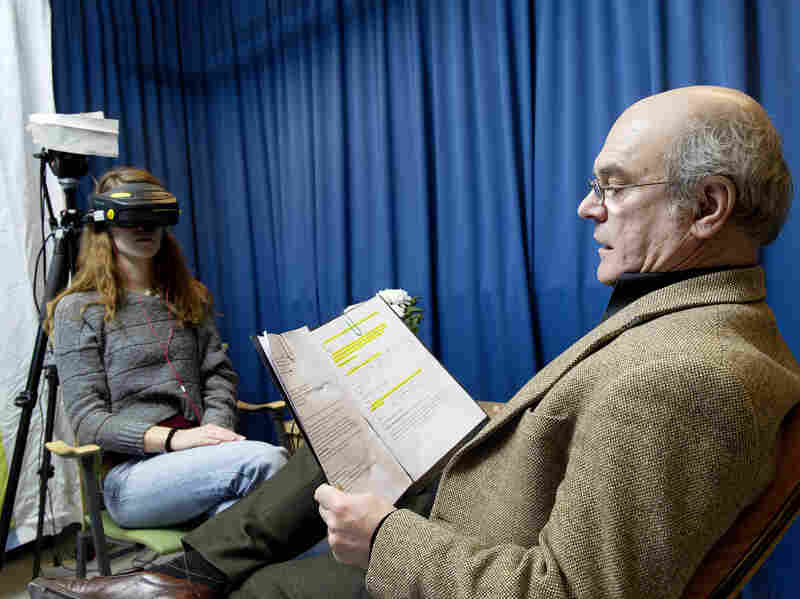 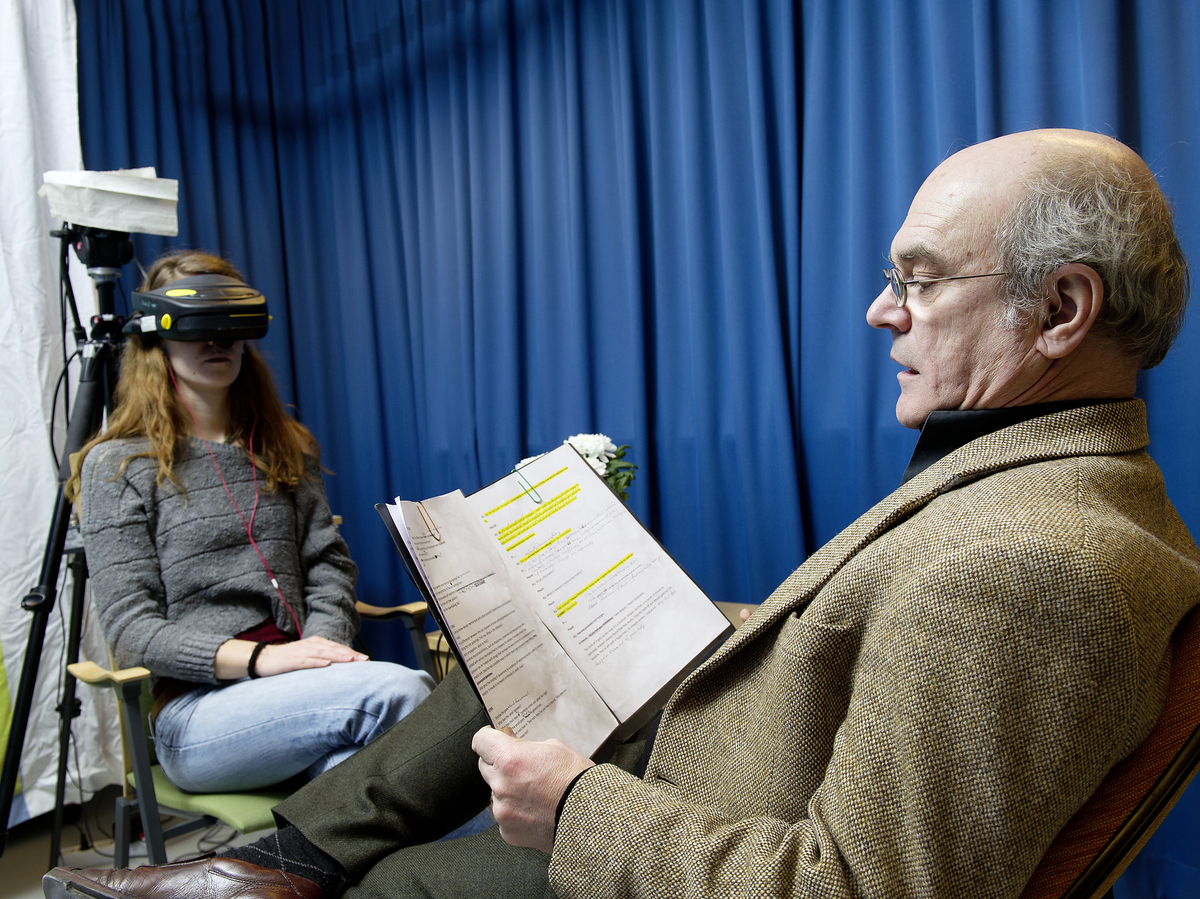 To create the out-of-body illusion, Bergouignan and her colleagues outfitted volunteers with goggles and headphones that let them see and hear through a camera and microphones positioned elsewhere in the room.

They heightened the illusion by touching the volunteers with a stick while they watched a different stick approach the camera from the same angle. The effect is "very, very strong," Bergouignan says, who tried it many times. "You feel outside your body. You feel where the camera is."

Then the student volunteers were grilled by a particularly demanding professor about information they had studied — surely something they could remember. (Unbeknownst to the students, the professor was played by a Swedish actor who used dialogue based on work of the British playwright Harold Pinter.)

When the students' location was virtually shifted outside their bodies, they had a harder time remembering details of that event a week later, compared to when they didn't feel like their location was shifted. "They did not remember the context," Bergouignan says.

The findings were published Monday in the Proceedings of the National Academy of Sciences.

And it looks like the out-of-body students used their brains differently, too. When participants tried to recall the virtual reality sessions, they relied less on the brain's hippocampus, a region involved in creating memories of events, according to MRI scans.

Somehow, it seems, the brain relies on the body to help remember events. That wasn't the case with the emotional context of the encounter with the eccentric professor, or the facts they had to remember.

Daydreaming may be a very mild form of this "We can't say what's going on when it's milder, but it's giving hints," she says. "We need to be able to experience something to be able to recall it later."

But Bergouignan says it's too much of a leap to say that experiencing an increasingly virtual world, as we do through computers, phones and cameras, may tinker with memory. "We should not speculate," she says.