Accessibility links
You Might Pay A Lot More Than $95 For Skipping Health Insurance : Shots - Health News Sure, you thought, I can avoid buying health insurance because the tax penalty is just $95. But some people may be on the hook for thousands of dollars more. 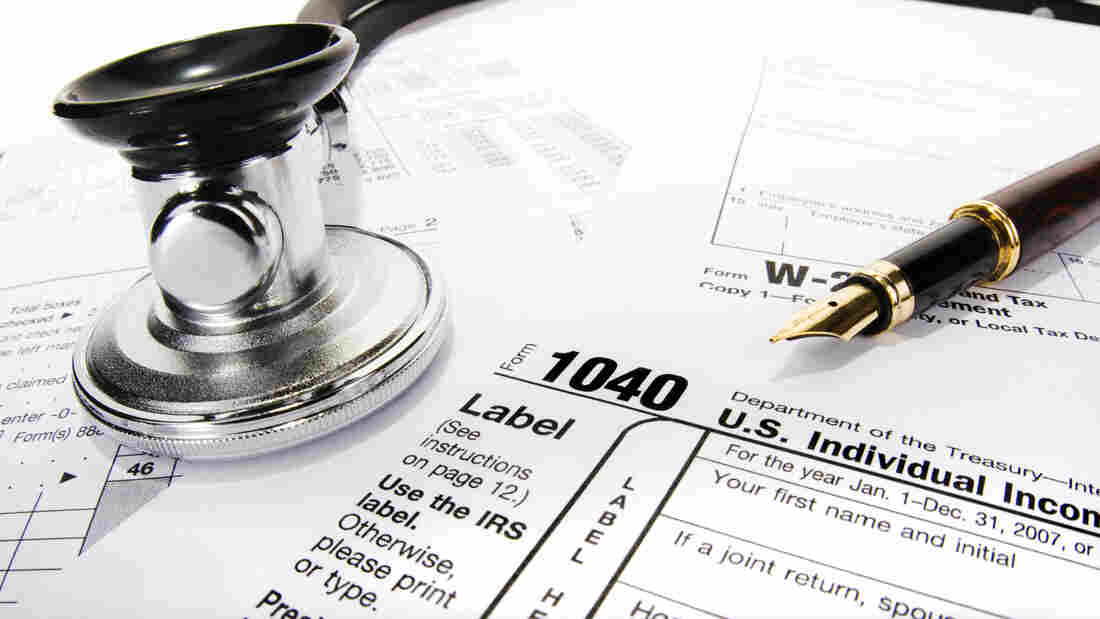 The tax penalty is designed to encourage people to sign up for health insurance. iStockphoto hide caption 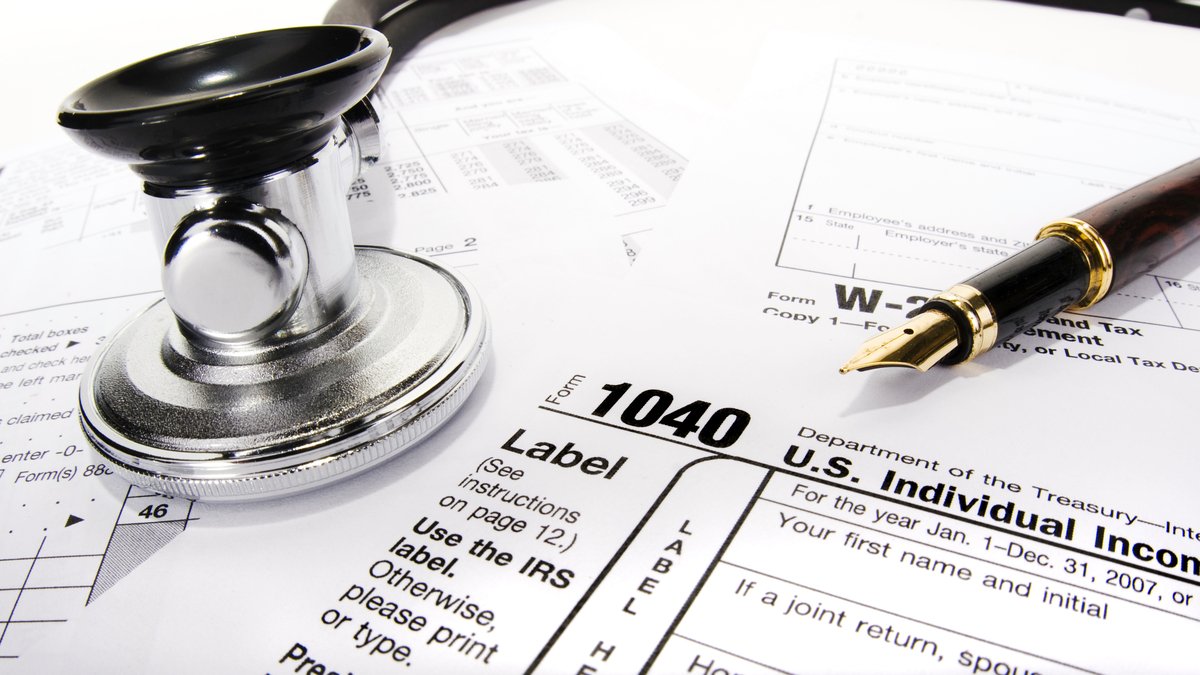 The tax penalty is designed to encourage people to sign up for health insurance.

2014 is the first year most Americans will have to either have health insurance or face a tax penalty.

But most people who are aware of the penalty think it's pretty small, at least for this first year. And that could turn into an expensive mistake.

"I'd say the vast majority of people I've dealt with really believe that the penalty is only $95, if they know about it at all," says Brian Haile, senior vice president for health policy at Jackson Hewitt Tax Service. "And when people find out, they're stunned. It's much, much higher than they would expect."

In fact, "the penalty is the maximum of either $95 or 1 percent of taxable income in 2014," according to Linda Blumberg, a senior fellow at the Urban Institute's Health Policy Center. "For people with higher incomes, it can be much more sizable than $95."

Blumberg says that even for people with more moderate incomes, it's important to remember that the flat-fee penalty will be assessed for every family member who lacks health coverage.

The flat-fee penalty maxes out at $285 next year. To help people figure out what they might owe, the Tax Policy Center, jointly run by the Urban Institute and the Brookings Institution, just posted an online calculator. And Jackson Hewitt has its own "How much is my tax penalty?" worksheet.

Haile says it's important to remember that even if most of the family has insurance, having just one uninsured member can trigger the penalty.

The 1 percent penalty, for those hit with that, also has a cap, but the penalty can still get pretty big. The cap is tied to the cost of the national average bronze-level insurance plan. This year's top penalty could be about $3,600 for an individual, and $11,000 for a family of four.

If you're uninsured and earn enough to be potentially liable for penalties, you have to sign up for coverage by the end of this month in order to avoid them.

"Your only chance to buy insurance, unless you have a special qualifying event, is during this open enrollment period," Haile says, "which makes March 31 an incredibly important date for avoiding the penalty. If you want to avoid the penalty, you need to get in and sign up for coverage now."

That's much different from how things were before the law's implementation. But the Urban Institute's Blumberg says it's because of the new rule that protects people with pre-existing health conditions.

"Now the insurance companies can't say no, even if you've had serious health problems in the past, or have a serious health problem today. They can't deny you," she says. "And because of that, people are restricted to obtaining coverage during the open enrollment period or during some other open enrollment period where they've had a change in their family status or income."

Indeed, changes to family status — a birth, divorce or job change — will allow you to buy or change your coverage outside the open enrollment period. And if you're eligible for Medicaid or your kids are eligible for the Children's Health Insurance Program, you can sign up anytime.

There are also lots of exemptions from the penalty itself, Blumberg points out, even for people who remain uninsured. The biggest is for having income below the tax filing threshold.

This year that's roughly $10,000 for a single person and $13,000 for a head of household. If you don't have to file income taxes, you won't have to pay a penalty. You also can get an exemption if the cheapest available insurance would cost more than 8 percent of your income, if you have unpaid medical debt, or for any of several other reasons listed on the HealthCare.gov website.

But for most people with incomes above the poverty line, time is running out to either get insurance or prepare to pay up instead.