Accessibility links
Electronic Headband Prevents Migraines With Tiny Jolts : Shots - Health News The battery-powered device sends electrical pulses through the skin of the forehead. People who used the headband in a study had fewer migraines and took less headache medicine. 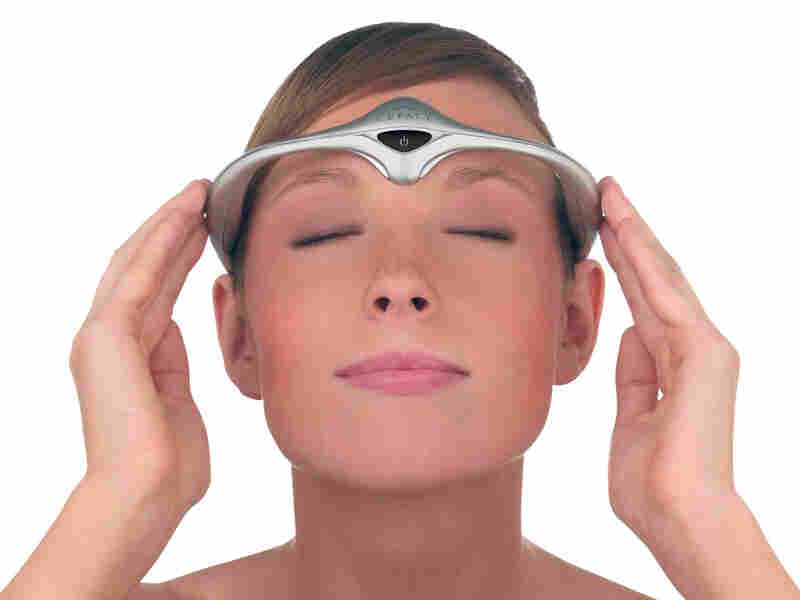 The sci-fi Cefaly headband puts an electrode firmly against the forehead to help reduce the frequency of migraines. Cefaly hide caption 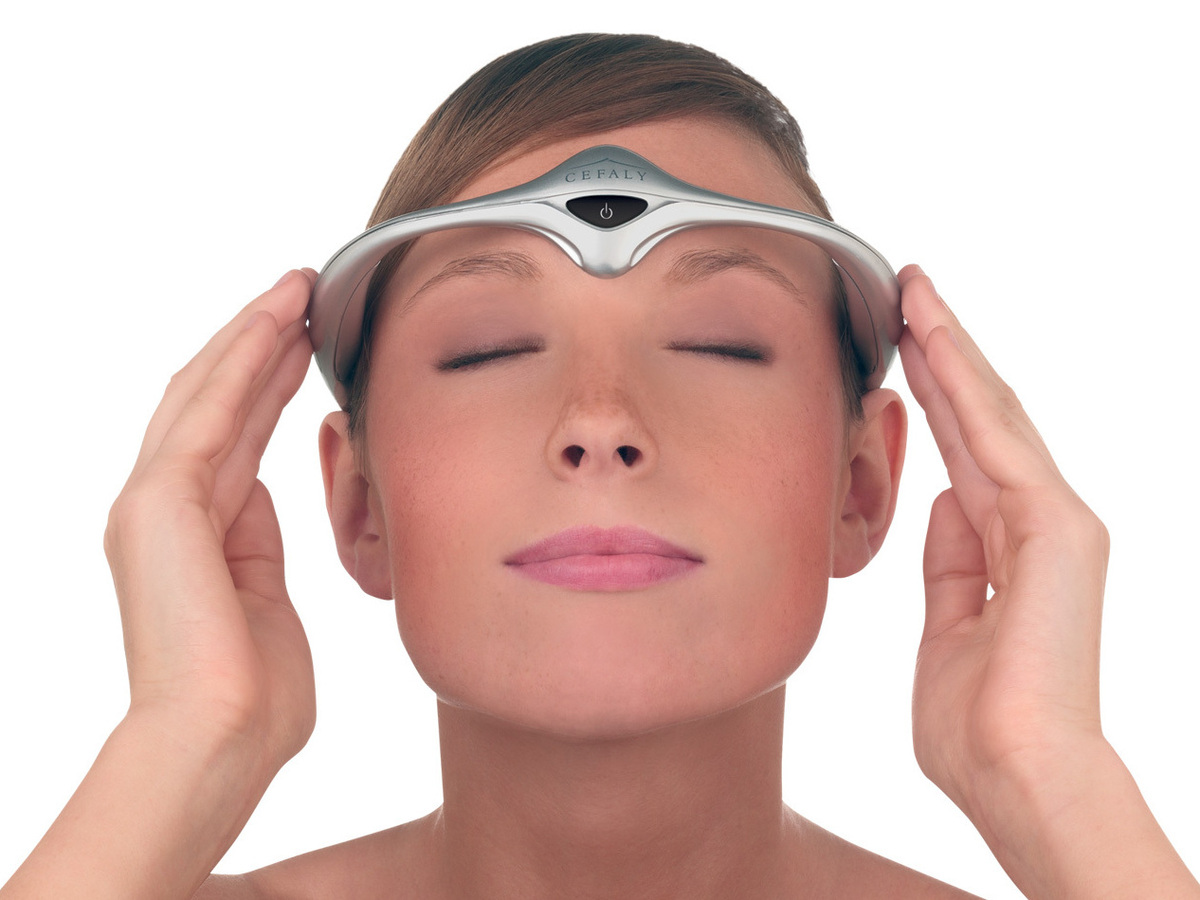 The sci-fi Cefaly headband puts an electrode firmly against the forehead to help reduce the frequency of migraines.

The latest treatment to prevent migraines is a headband that looks more like something you'd expect to see in Star Trek than the doctor's office.

But don't let the slick design fool you. The basic pain-stopping technology inside the Cefaly headband has been around for decades.

The battery-powered headband presses an electrode against a person's forehead, where it sends an electrical signal through the skin to the trigeminal nerve.

By stimulating the nerve, which plays a role in many migraines, the device was shown to help prevent the headaches in a clinical test involving 67 people. Some got the Cefaly device and others used a sham headband. The people who wore the Cefaly device 20 minutes a day took fewer migraine medicines than those who got the dummy device.

This week the Food and Drug Administration cleared the device for marketing in the U.S. The headband, made by STX-Med, costs $295. A package of three electrodes (good for about 60 treatments) runs $25. The company is selling the battery-powered headband online, but you have to email a copy of a doctor's prescription to the company.

A survey of more than 2,300 people who tried the device for two months, on average, found that slightly more than half were satisfied with it and would buy one. But a little less than half didn't like it.

Pain specialists and anesthesiologists have used what's called transcutaneous electrical nerve stimulation, or TENS, to relieve pain for decades. Electrodes placed on the skin transmit low-voltage electrical pulses into the tissue and nerves underneath. Cefaly puts the electrode in what looks like a space-age glasses frame.

How does TENS feel? Not too bad, though it can be unsettling to start. "The high frequency and relatively low voltage is pleasant," says Dr. James Rathmell, chief of the pain medicine division at Massachusetts General Hospital in Boston. Conceptually, he says, TENS is about "putting a pleasant sensation over an area where there is a painful sensation." He compares the TENS effect to rubbing a painful patch on your body to make it feel better.

But exactly what TENS does inside the body isn't fully understood. "Empirically, it works, but why it works is less clear," Rathmell tells Shots. It probably changes chemical signaling in nerves, leading to the release of certain neurotransmitters.

As for the Cefaly headband, Rathmell says, "The way they've packaged it makes it quite simple to use. I don't think it's going to be a knock-it-out-of-the-ballpark thing. People may find it somewhat helpful." But there are few risks to TENS either, he says, adding, "I don't think I've ever seen anybody injured by it."

Discomfort with the headband was the most common problem reported in the studies of the device. A company fact sheet says the headband "isn't necessarily painful but the sensation can be uncomfortable at first." A few people had allergic reactions to the electrodes.

Guidelines issued by the American Academy of Neurology in 2012 say that some drugs can help prevent migraines and reduce their severity. Both are worthy medical goals, doctors say. "Migraines beget migraines," Andrew Charles, director of UCLA's Headache Research and Treatment Program, told NPR then. While it's not clear why, the "more migraines a patient gets, the more susceptible they become to having more," he said.