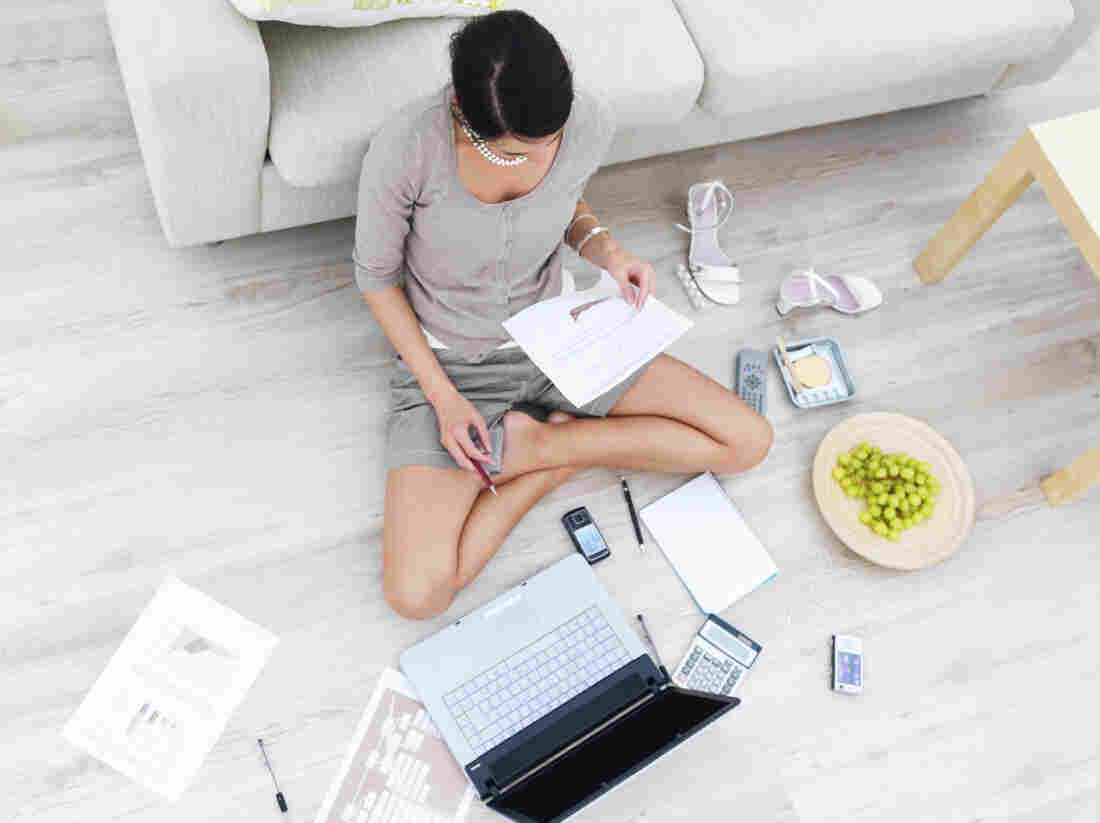 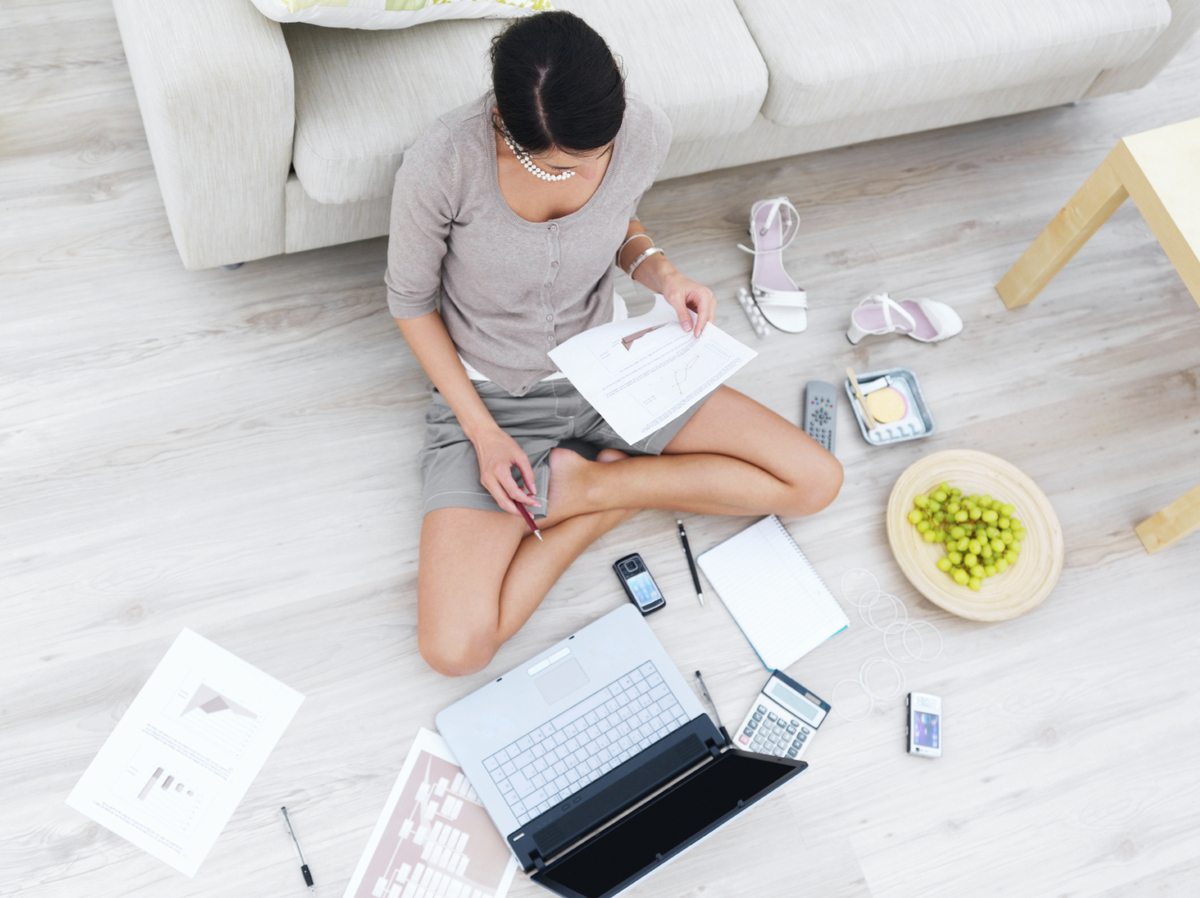 Have daunting to-do lists contributed to the rise in ADHD drug prescriptions?

Use of ADHD drugs continues to rise in the United States, but the group whose use is increasing the most may come as a surprise: young women.

An analysis of prescriptions filled from 2008 to 2012 through Express Scripts, a pharmacy benefit management company, found that use of ADHD medications rose 35.5 percent overall. The company's database includes 15 million people with private insurance.

The medications, largely stimulants like Ritalin and Adderall, are still most commonly prescribed to boys ages 12 to 18. While children's use of ADHD meds rose 19 percent, adult use rose 53 percent. 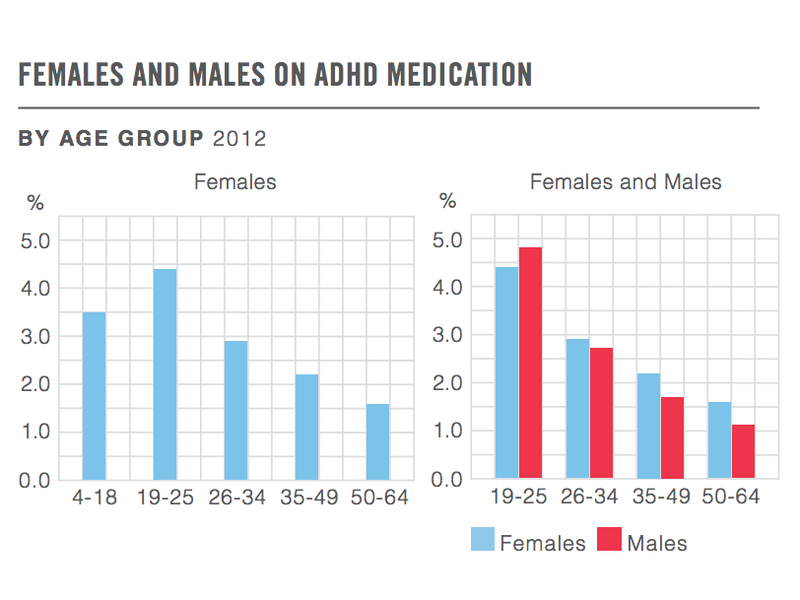 More women are now taking ADHD meds than girls, and women use them more than men. Courtesy of Express Scripts hide caption 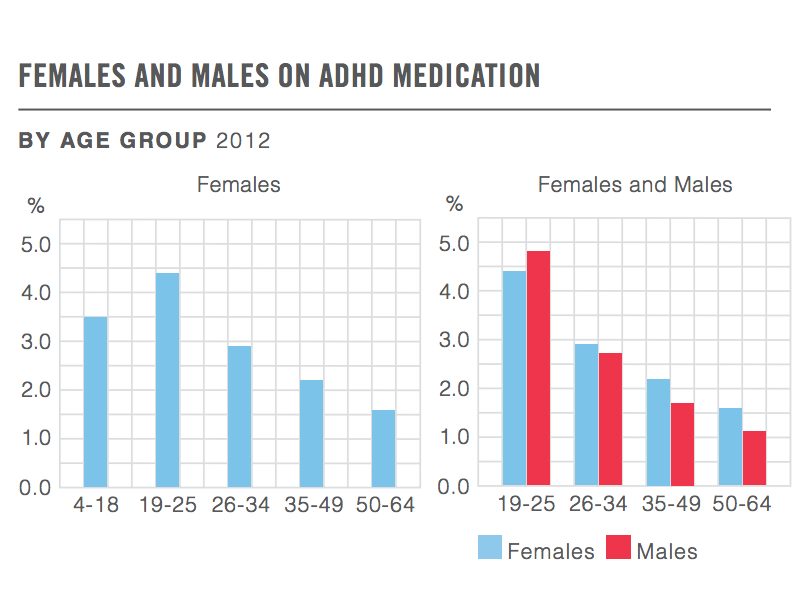 More women are now taking ADHD meds than girls, and women use them more than men.

To find out more about what's going on, we talked with Dr. David Muzina, a psychiatrist who is the vice president and national practice leader for neuroscience at Express Scripts. This is an edited version of our conversation.

The Centers for Disease Control and Prevention and others have reported increases in use of ADHD medications in children, but this increase in adults seems huge. What's happening there?

ADHD is no longer just a childhood condition. Many of the children and adolescents who were diagnosed 10 years ago are now adults, and we know that about 1 in 3 kids carry ADHD with them into adulthood. I think that's one reason why the numbers in adults are going up. And there's been progressively more attention on ADHD in the public sphere. More adults recognize the symptoms: "Oh, I'm not concentrating, I'm not focusing. Maybe I have ADHD."

Then there's overdiagnosis, overtreatment and perhaps misuse. Frankly, many prescribers mistake a patient's objective reporting of symptoms like being forgetful for ADHD. Are there life stressors, is there a medical condition, is there depression or anxiety that explains this better?

You're seeing a drop-off in young men using ADHD drugs after age 18. Why?

Men are less likely to go to the doctor, and take the meds, and fill the meds. We're thinking about the 18-, 19-year-old who's going off to college. They're going to the doctor only once or twice a year.

But then why this big spike among women the same age, with 4 percent of young women taking ADHD meds in 2012?

It's been known for a long, long time that if girls have ADHD they are more likely to have the inattention form, not the hyperactive, aggressive, disruptive form. Perhaps that difference in how ADHD can look is why the diagnosis is missed in girls. They may be quietly suffering and having trouble in school, but they're not disruptive.

They move on into life, where those inattentive symptoms may reveal themselves as academic and social pressures compound. Now it's becoming more of an issue.

More Children Are Being Medicated For ADHD Than Before

And lastly, we know that women in the United States are increasingly juggling more and more and more. Women still tend to have the majority of the responsibilities at home, particularly when families start up. That elevation of pressure and stress can either produce symptoms like ADHD, or that additional stress can express the underlying ADHD that previously had not been diagnosed.

Stimulant drugs like Ritalin are pretty well-known for improving energy and concentration, even if you don't have ADHD. Could that be a factor here?

There may be an element here of medication being prescribed off-label to help with that, as well as the desire to suppress appetite and lose weight. It's totally not approved for that. But it's popularized and perhaps glorified to some extent in popular media, including women's magazines. I've seen references to using these medications for weight loss.

Is this the tip of the iceberg?

I think we're into the iceberg. We forecast that use of ADHD medications will be 25 percent higher in five years. That's the main reason why Express Scripts decided to do this deeper analysis, to see what's driving the trend. If we see patterns from prescriptions that are coming in, we can intervene if someone shouldn't be on this medication or if we suspect fraud. We're beginning to put our brains around tightening those monitoring systems.