Accessibility links
Most U.S. Women Wouldn't Know A Stroke If They Saw Or Felt One : Shots - Health News Acting fast can be key to preventing permanent damage from a stroke. But many women don't realize that face or arm numbness, speech trouble or abrupt, severe headache can mean it's time to call 911.

Most U.S. Women Wouldn't Know A Stroke If They Saw Or Felt One

Most U.S. Women Wouldn't Know A Stroke If They Saw Or Felt One 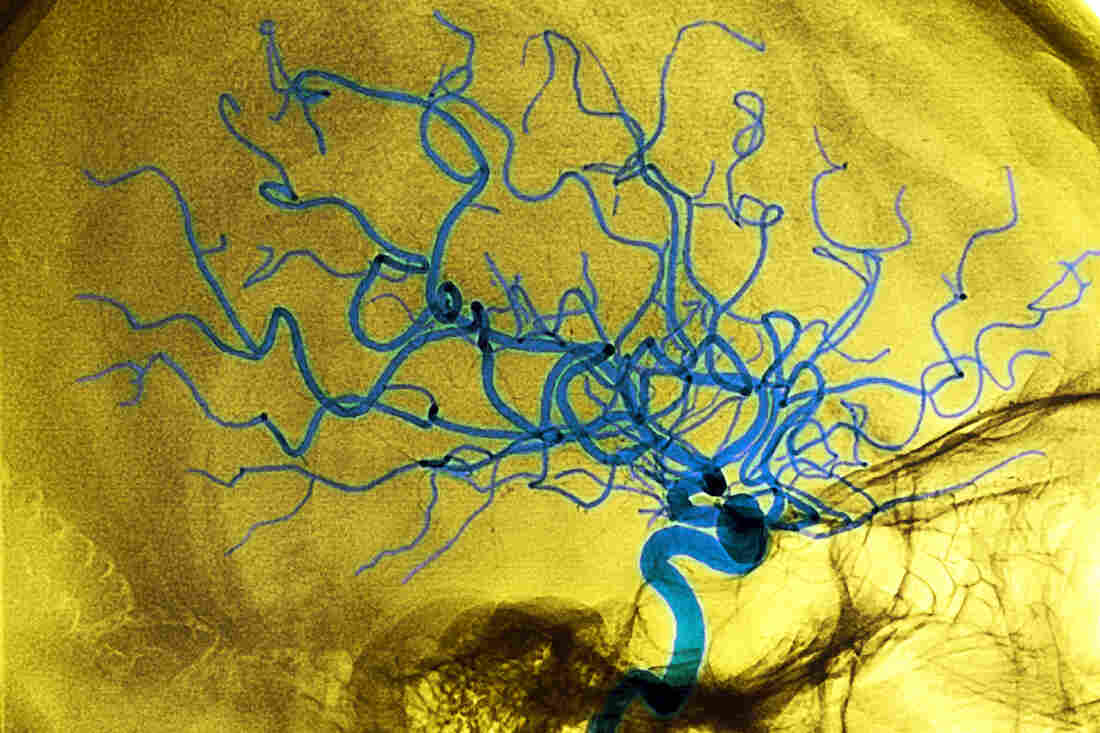 The rupture of a weakened portion of blood vessel (the dark blue spot in this brain scan of a 68-year-old woman) can prompt bleeding and death of brain tissue — a stroke. Simon Fraser/Science Source hide caption 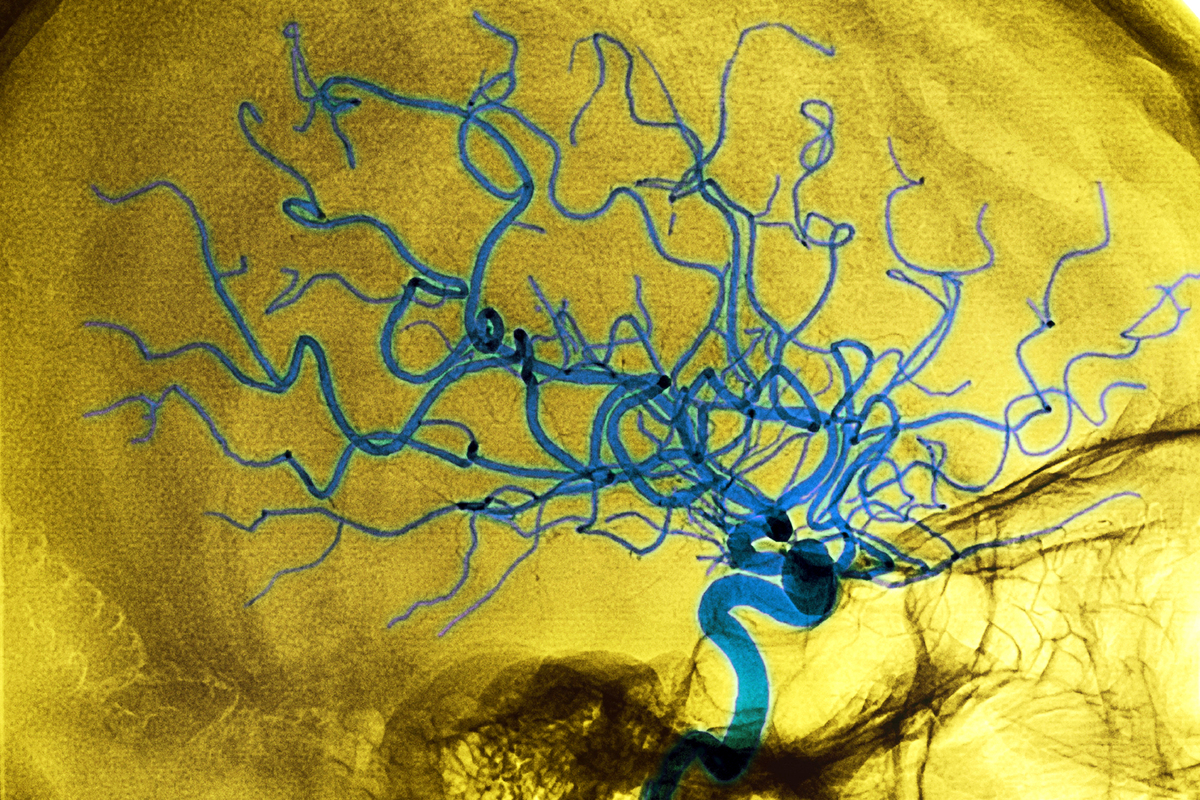 The rupture of a weakened portion of blood vessel (the dark blue spot in this brain scan of a 68-year-old woman) can prompt bleeding and death of brain tissue — a stroke.

When it comes to treating a stroke victim, every minute counts.

Each moment that passes without treatment increases the likelihood of permanent damage or death. So the first steps to getting help are being able to spot a stroke in yourself or others and knowing how to respond.

But a study published Wednesday in the journal Stroke finds that 1 in 5 U.S. women can't identify a single warning sign — even though stroke is the fourth leading cause of death among Americans and the third among women, affecting roughly 55,000 more women than men each year.

The classic symptoms of a drooping face, speech difficulty or weakness or numbness in one of the arms can be signs of stroke, says Heidi Mochari-Greenberger, an epidemiologist at Columbia University and the study's lead author. That means your brain isn't getting oxygen, either because the blood supply is blocked or because a blood vessel has ruptured,

But those aren't the only indicators. Lesser-known and more ambiguous symptoms can include a sudden onset of dizziness, severe headache or vision loss.

When the American Heart Association and the American Stroke Association first began tracking women's awareness of stroke back in 1997, only 11 percent of women said they felt well-informed about what to watch for. The number today has crept higher but still not high enough, researchers say. And previous research has suggested that men are as fuzzy about signs and symptoms as women are, says Dr. Larry Goldstein, a neurologist and the director of the Duke Comprehensive Stroke Center.

In the study published Wednesday, 1,205 women were asked to name the signs of a stroke along with the first thing they'd do if they thought they were having one. While 84 percent of all women knew to call 911 if they thought they were having a stroke, just 51 percent recognized sudden weakness or numbness of the face or limb as harbingers of this sort of "brain attack."

Less than half identified loss of speech as a sign, and even fewer — a little under a quarter of the women — recognized sudden severe headaches, unexplained dizziness or loss of vision as stroke symptoms.

Among Hispanic women in the survey, knowledge about stroke symptoms was generally lower than among their white and black counterparts, the researchers say. Goldstein, who wasn't involved in the study, says that might, in some cases, be due to language subtleties. For example, a symptom like "hypertension" suggests a risk factor for stroke in one language but might connote stroke in another, he says.

Mochari-Greenberger says the signs of stroke vary from person to person, so it's important to recognize not just one or two of the warning signs, but all of them. Treatment within about 4 1/2 hours of the first symptom is the most effective, Goldstein tells Shots.

"There's no absolute threshold," he says. "[But] after about 4 1/2 hours after symptom onset, there's no statistical benefit from treatment with a clotbusting drug."

To speed response time, cardiologists have been pushing the FAST campaign, a mnemonic to remind anyone who notices face drooping, arm weakness and speech trouble to call 911 immediately

The simplicity of that campaign makes it useful, Goldstein says, but it leaves out some other symptoms that can indicate a stroke, such as visual loss or a sudden severe headache. "So there's this yin and yang," he says, in creating a campaign that's easy to understand but also comprehensive.

The most important thing to remember and watch for, he says, is "if there is an abrupt change neurologically — any abrupt change. That could be a stroke and that needs to be taken seriously."