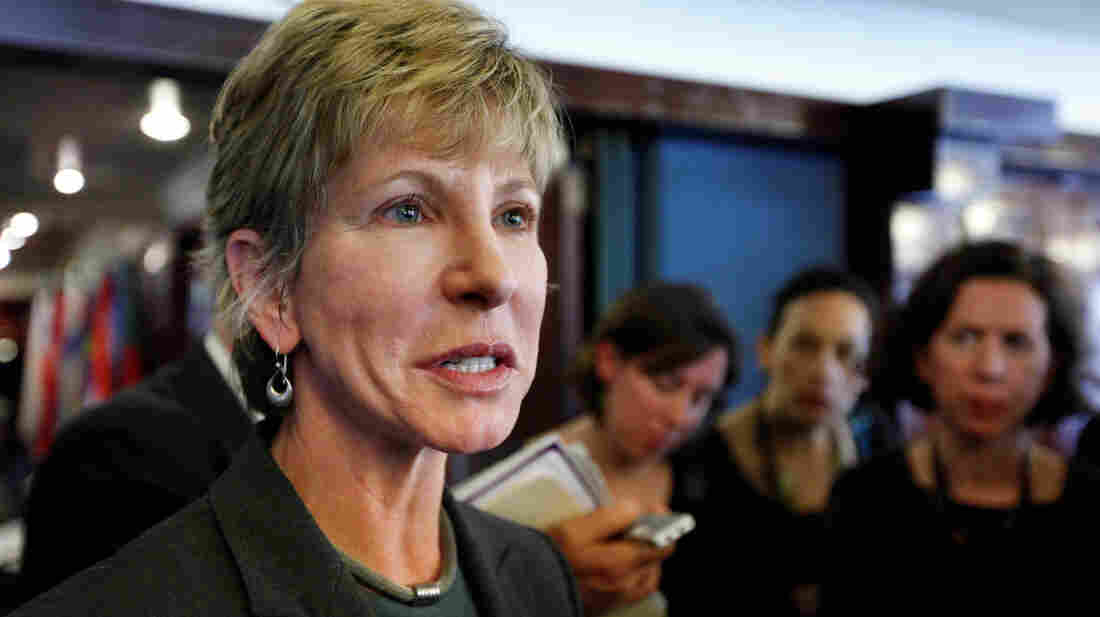 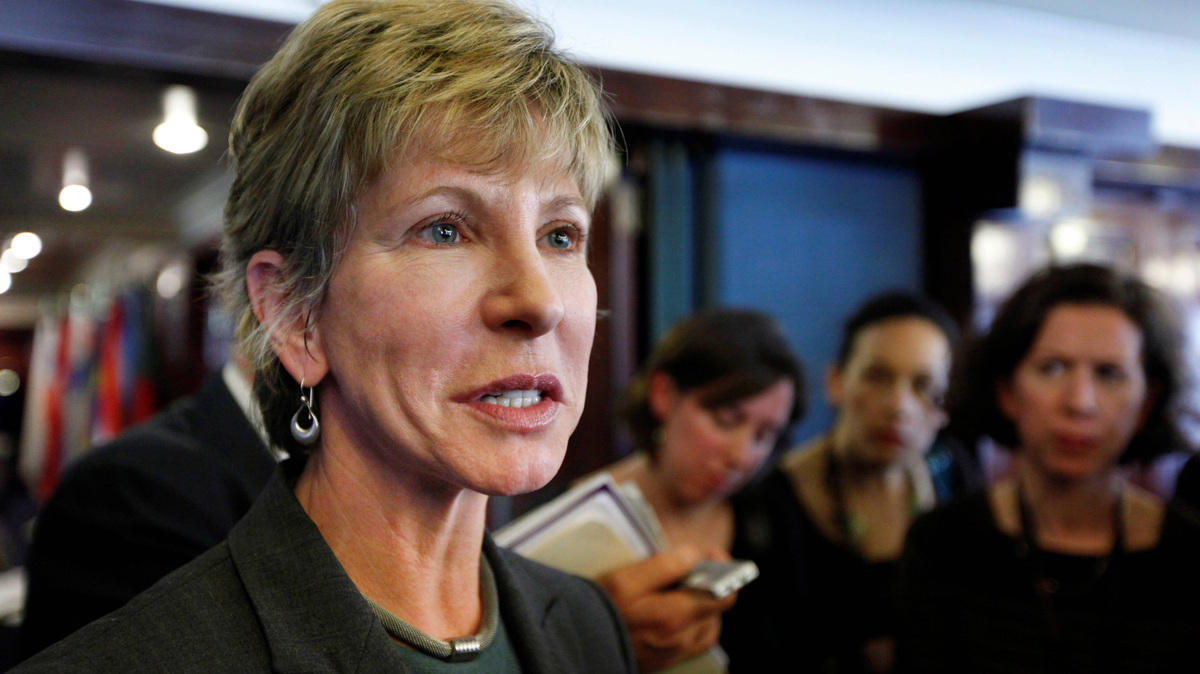 America's Health Insurance Plans President and CEO Karen Ignagni says she would loosen regulations on which insurance plans comply with the Affordable Care Act by adding a "lower tier" option that could entice healthier people.

Rather than letting people keep their old health plans that don't comply with the new requirements of the Affordable Care Act, the head of the group that represents the nation's health insurance companies is floating an alternative: weakening the requirements.

"If you take 10 categories of coverage," said Karen Ignagni, president and CEO of America's Health Insurance Plans, in an interview taped for C-SPAN's Newsmakers, "no matter how meritorious each and every one of those benefits may be ... you have a giant step up" from what many people had before, and wanted to pay for.

Those 10 categories make up the "essential benefits" that nearly every plan now must cover to be considered compliant with the law.

Ignagni said forcing people to move from plans with lower premiums and fewer benefits to higher premiums and higher benefits was "a bridge too far for some individuals" and resulted in the decision by the Obama administration to allow people to keep their old plans for longer than the insurance industry would like. That's because insurers set their premiums for this year assuming those people would join the new risk pools. Allowed to keep their old plans, those presumably healthier people remain outside the new program.

As one possible alternative, Ignagni said she would create a "lower tier" of coverage.

"So that people could gradually get into the program; so they could be part of the risk pool," she said. "So we don't hold the healthier people outside; so the process could be working the way it was designed."

Currently, all four metal tiers of coverage — bronze, silver, gold and platinum — must offer all the essential benefits, but with different levels of cost-sharing. There is already a "catastrophic" option for those under 30 and certain others who can demonstrate financial hardship, but so far it hasn't proved particularly popular. According to the latest data from the federal government, only 1 percent of those selecting a plan in the 36 states where the federal government is operating the exchange have chosen a catastrophic plan.

Ignagni's proposal would presumably fall somewhere between the catastrophic plan and the bronze level of coverage. And she insists it would not draw most people into the cheapest plans.

"We're not seeing that right now," she said. "I think by that hypothesis you would have expected an extraordinary amount of people to buy bronze, and they've chosen more silver."

Indeed, 67 percent of those in the federal marketplaces have chosen silver-level plans so far, but some have suggested that may be in part because silver-level plans have subsidies for cost-sharing — in addition to the premium subsidies that are available for all the metal tiers.

But would having a choice that offers fewer benefits help or hurt the existing market? That's hard to say, said MIT health economist Jonathan Gruber, who helped develop the Massachusetts law that was the forerunner of the Affordable Care Act.

"It's a very, very tough question," Gruber tells Shots. "There's a trade-off between premiums and benefits, and I don't think there's a right answer."

Much of the debate, he says, is simply philosophical and comes down to a question of which benefits don't get offered: "Do we want to call something health insurance that doesn't cover prescription drugs?"