Accessibility links
Most Uninsured Don't Know Health Coverage Deadline Looms : Shots - Health News The Obama administration says some people will be able to extend the enrollment process past March 31. But failing to start the process by then can have serious financial consequences. 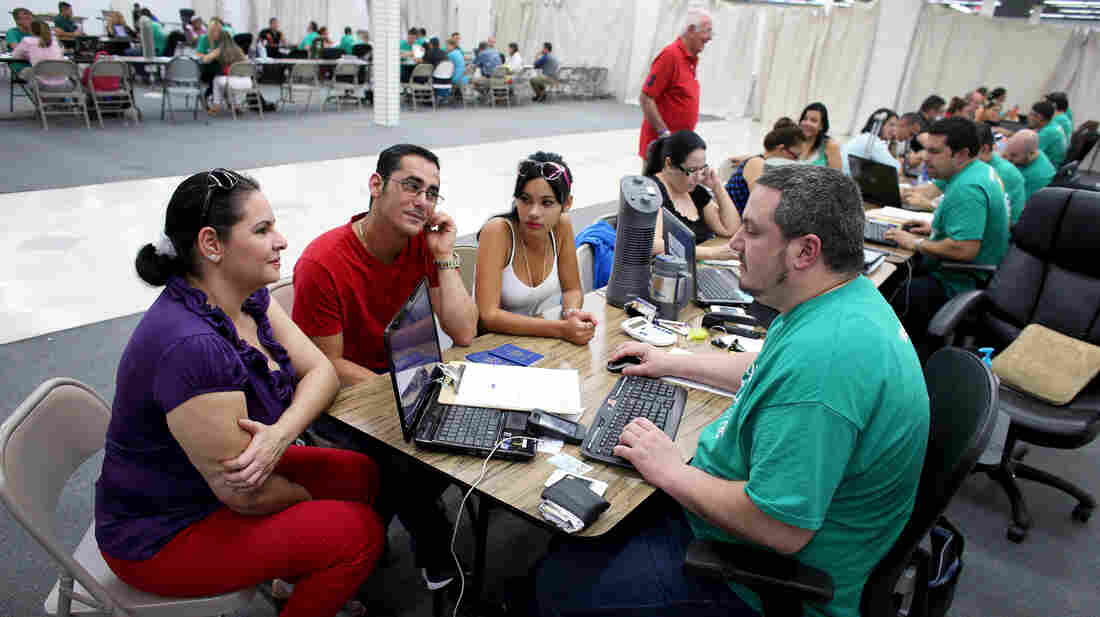 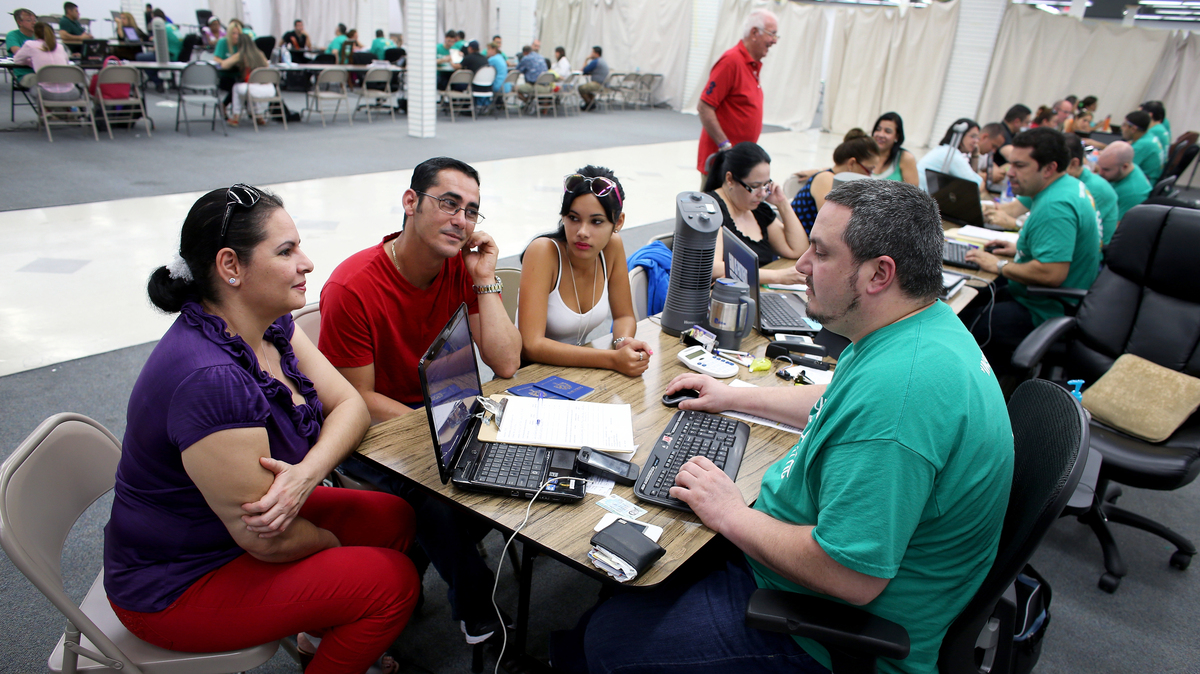 Yudelmy Cataneda, Javier Suarez and Claudia Suarez talk with insurance agent Yosmay Valdivian at a session to sign up for health insurance in a Miami mall March 20.

Next week is the last chance for most people without insurance to sign up for individual health coverage for the remainder of 2014.

Yet according to the latest monthly tracking poll from the Kaiser Family Foundation, more than 60 percent of those without coverage still don't know that.

The survey, conducted March 11-17, found that 39 percent of the uninsured between ages 18 and 64 did know that March 31 is the deadline to sign up for individual health insurance this year. Forty-three percent didn't know that date, and 18 percent thought the deadline was later or had already passed.

Possibly even more ominous for those supporting the law: Half of the uninsured people surveyed said they are likely to remain uninsured this year, even though that could leave them subject to a fine. Forty percent said they planned to get coverage.

Adding to the confusion, on Tuesday night the Obama administration announced that people will be able to sign up for insurance after March 31 if they say they had problems enrolling by the deadline.

That could lead the administration to a serious political problem next year, when taxes come due, should very large numbers of people end up owing fines. That's especially true if many claim they weren't properly made aware of them.

Health industry consultant Robert Laszewski is one of many commentators who think the administration will find a way to avoid making people pay, at least next year. At the heart of this speculation is an exemption from the penalty for those who can claim "another hardship in obtaining health insurance." That's the last of 14 hardship categories, which include being evicted, filing for bankruptcy, or being unable to pay existing medical bills.

There is at least some good news for backers of the law in this latest monthly tracking poll, which has a margin of error of plus or minus 3 percentage points.

For the first time since last fall, overall support for the Affordable Care Act is ticking up slightly, to 38 percent (from a low of 33 percent in November), and opposition is down to 46 percent (from 50 percent in January).

And by a margin of 2 to 1, those polled still prefer to keep and/or fix the law rather than repeal and/or replace it with a GOP alternative. Just under 60 percent want the law left alone and/or fixed, while 29 percent said it should be repealed or repealed and replaced with a Republican alternative.