Accessibility links
Fraud Found In Study Claiming Fast, Easy Stem Cells : Shots - Health News The lead author of a recent "breakthrough study" fabricated the data and is guilty of scientific misconduct, according to a Japanese research panel. The scientist says she will appeal the judgment. 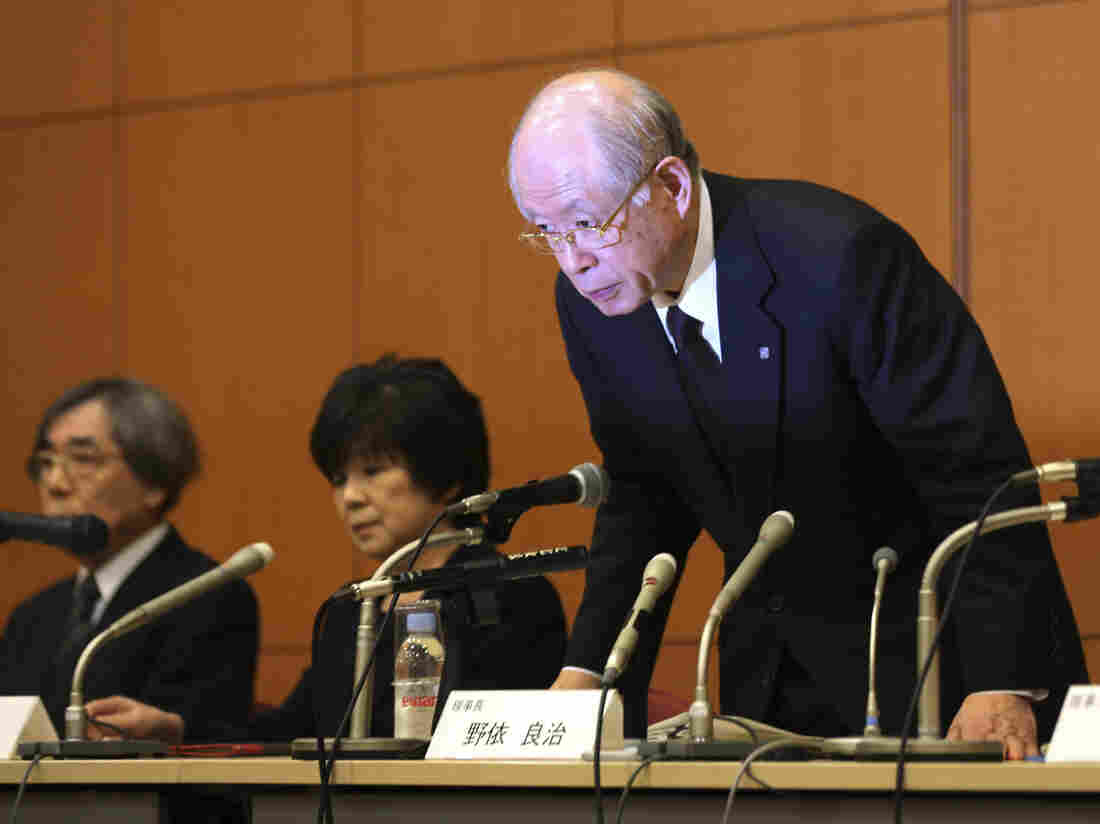 Ryoji Noyori, a Nobel Prize-winning chemist and president of Japan's prestigious RIKEN research institute, bows at a news conference in Tokyo Tuesday to apologize for the scientific misconduct of a RIKEN colleague. Eugene Hoshiko/AP hide caption 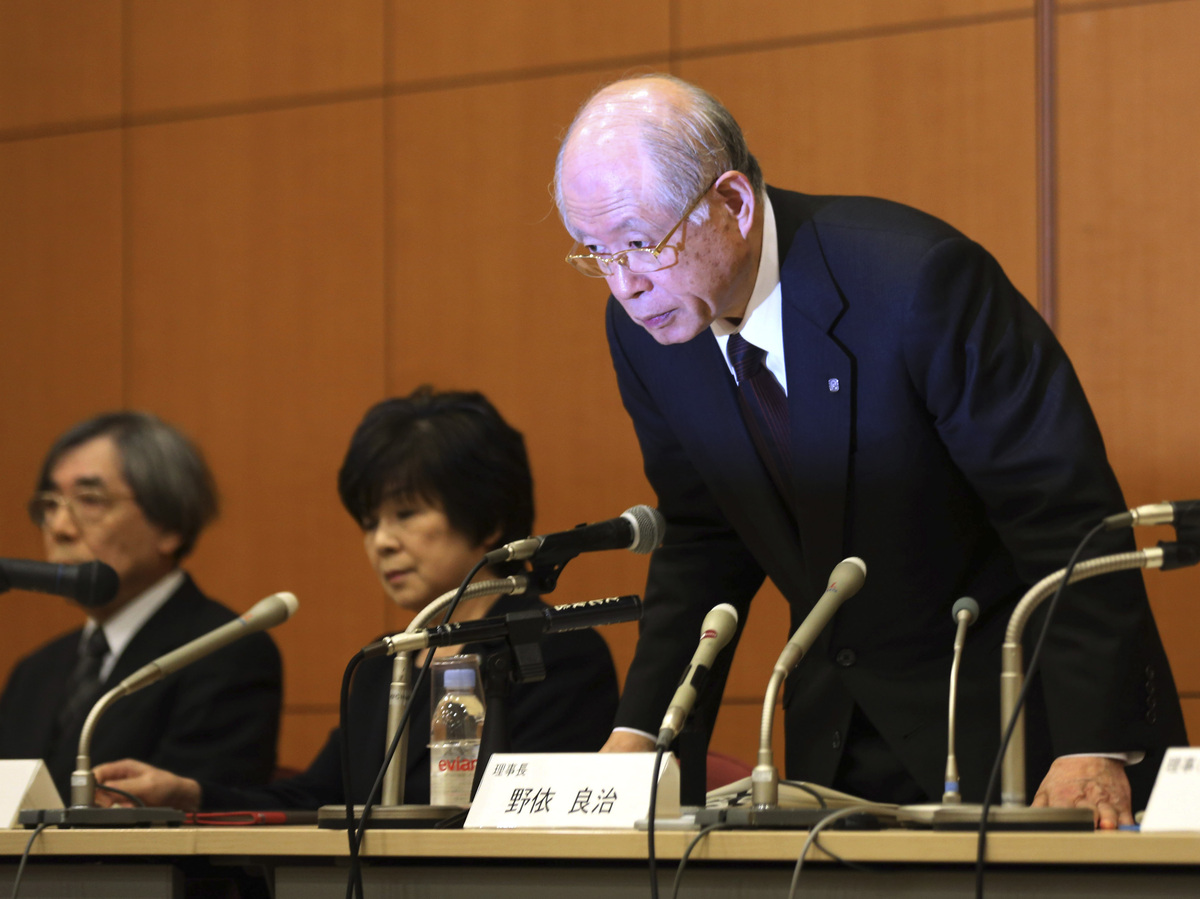 Ryoji Noyori, a Nobel Prize-winning chemist and president of Japan's prestigious RIKEN research institute, bows at a news conference in Tokyo Tuesday to apologize for the scientific misconduct of a RIKEN colleague.

What is it with stem cell research? Despite solid science from many corners, the scandals never seem to stop. In this case, after a lofty international announcement in January, it only took about two months for the other shoe to drop.

A scientific committee in Japan said Tuesday that the lead author of a recent "breakthrough study" fabricated data and is guilty of scientific misconduct.

The scientist under question, Haruko Obokata of the RIKEN Centers for Developmental Biology, adamantly denied the fraud in a statement, Reuters reports. She claims the errors were made innocently. She plans to appeal the judgement of the panel.

Back in January, Obokata and an international team from Japan and U.S. said they had figured out a fast, easy way to make the most powerful cells in the world — embryonic stem cells — from just one blood cell.

The trick seemed remarkably simple: Put white blood cells from a baby mouse in a mild acid solution, the team reported in pair of papers in the journal Nature.

But the six-person panel set up by Riken, a top academic research facility in Japan said it found six errors in the studies. Four were innocent mistakes, the panel said. But the other two were intentional and thus fraudulent, Nature reported Tuesday.

For instance, the committee said that Obokata reused an image from her dissertation to demonstrate an unrelated experiment.

"There is no doubt that she [Obokata] was fully aware of this danger," Ishii added. "We've therefore concluded this was an act of research misconduct involving fabrication."

The journal Nature said it is still investigating the studies, which have not been retracted. Scientists still don't know if the new way of making stem cells actually works.