Accessibility links
Why Anthropologists Join An Ebola Outbreak Team : Shots - Health News All the medical care in the world won't help if you don't know how to persuade the locals to take proper precautions. 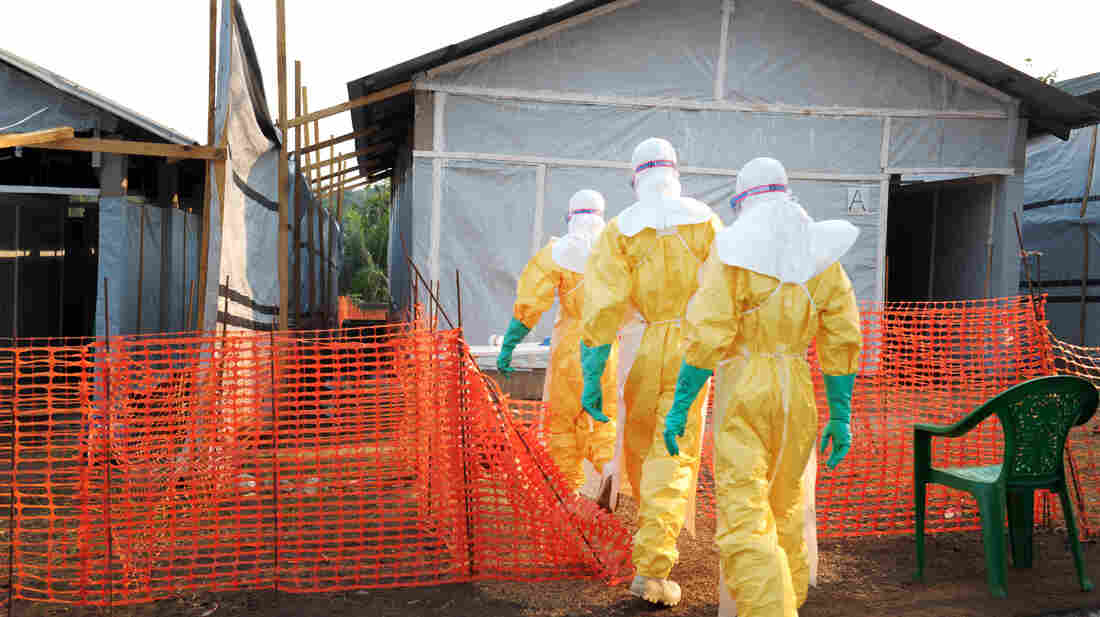 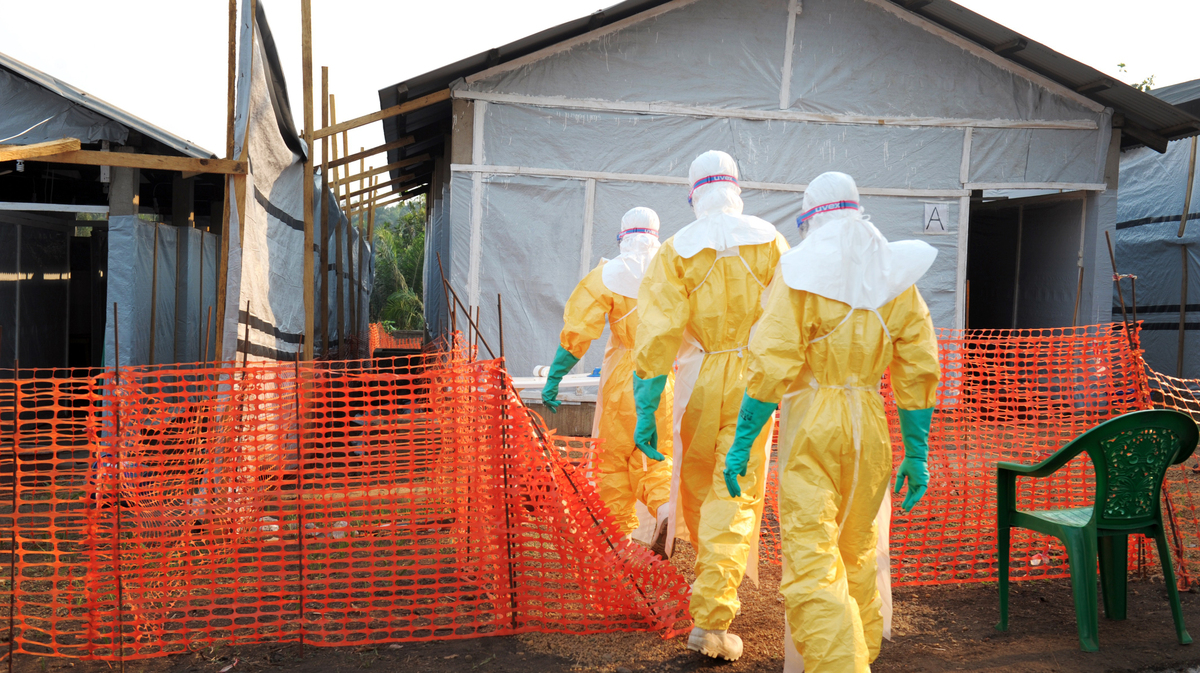 Health specialists work in an isolation ward for patients in Guékedou, southern Guinea.

When disease strikes in the developing world, like the current Ebola outbreak in Guinea, doctors, nurses and epidemiologists from international organizations fly in to help.

Understanding local customs — and fears — can go a long way in getting communities to cooperate with international health care workers, says Barry Hewlett, a medical anthropologist at Washington State University.

Otherwise, medical efforts can prove fruitless, says Hewlett, who was invited to join the World Health Organization Ebola team during a 2000 outbreak in Uganda. There are anthropologists on the current Doctors Without Borders team in Guinea as well.

Before the World Health Organization and Doctors Without Borders started bringing in anthropologists, medical staff often had a difficult time convincing families to bring their sick loved ones to clinics and isolation wards. In Uganda, Hewlett remembers, people were afraid of the international health care workers.

Because of the high mortality rate, virtually every Ebola victim died. To prevent further spread of the disease, medical workers "would zip [the bodies] up in a body bag."

And health care workers would not always notify relatives of a death because of the need to dispose of the body quickly, Hewlett wrote in a report on his experiences in Uganda.

In addition, he says, the large tarps surrounding isolation units were removed so family members could see and talk with a sick relative. And medical team members were encouraged to attend funeral services as a sign of respect.

Today, efforts to contain such outbreaks must be "culturally sensitive and appropriate," he says. "Otherwise people are running away from actual care that is intended to help them."

One key mission for anthropologists is to help doctors understand how a local population perceives disease.

In sub-Saharan Africa, he found, when death comes quickly, the locals blame sorcery. So they may not necessarily believe that there's a disease that can be transmitted via contact with bodily fluids, as is the case with Ebola.

In Uganda, as the death rate rose during the 2000 Ebola epidemic, the local communities came to see Ebola as a type of gemo — or bad spirit — that kills people for not honoring the gods.

So while they did not believe that a virus was the villain, says Hewlett, they did hew to traditional beliefs that if you stand too close to a person with gemo, it's easy for the spirit to catch you.

And that's helpful information for doctors whose goal is isolating patients to contain an Ebola outbreak.

The original version of this post incorrectly said that Barry Hewlett was on the Doctors Without Borders Ebola team in Uganda in 2000. He was on the World Health Organization team.