Accessibility links
Good Day Sunshine: Could Morning Light Help Keep Us Lean? : Shots - Health News People who are exposed to light earlier in the day are slimmer, a study finds. That doesn't mean morning sunshine helps people lose weight. But it matches other evidence on light and health. 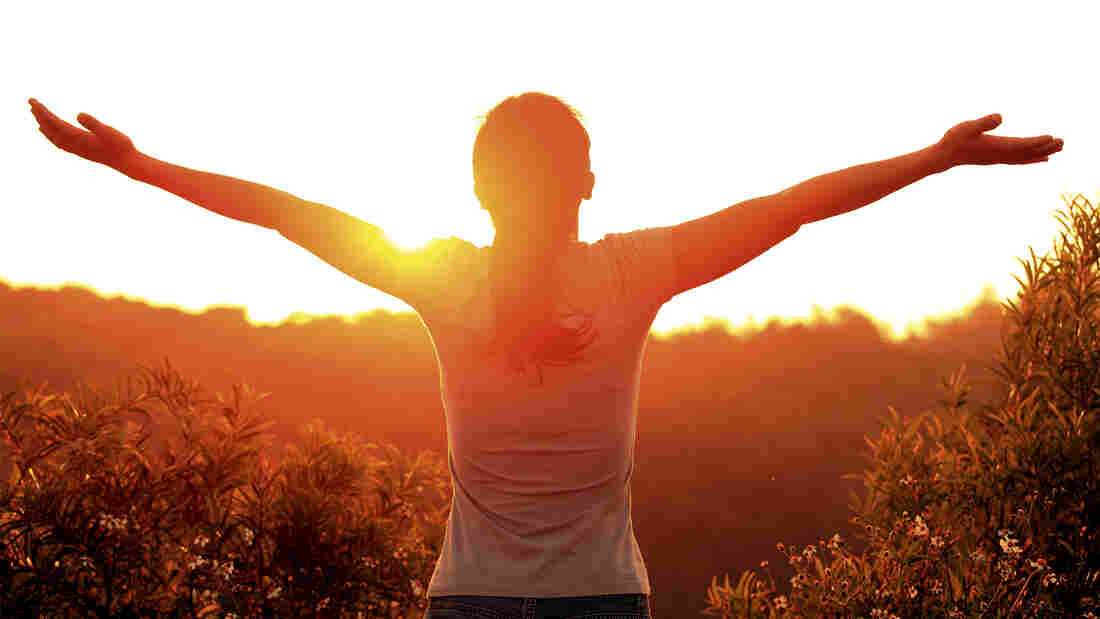 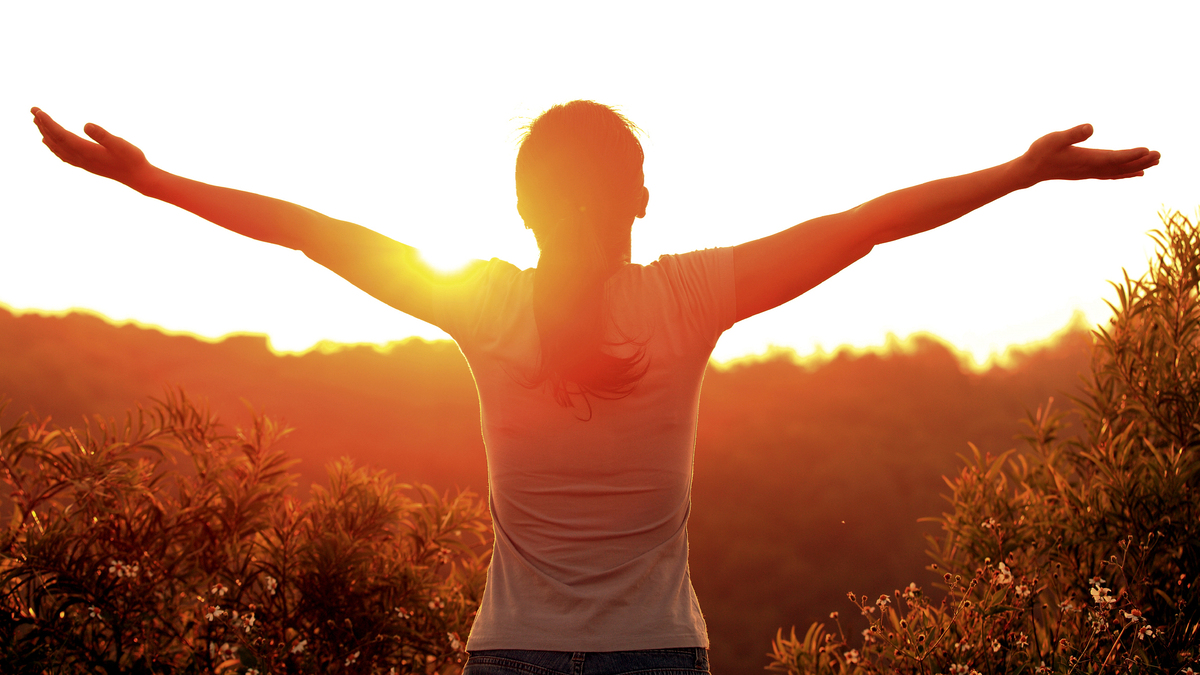 Exposure to morning light, whether it's pure sunlight or bright indoor lighting, is associated with leaner body weights, researchers say.

The findings fit with a growing body of evidence that suggests keeping our internal body clocks synchronized with the natural light-dark cycle is beneficial to our health and our waistlines.

To better understand this relationship, researchers at Northwestern University recruited 54 adults (average age 30) from the Chicago area and had them wear wrist monitors that tracked their exposure to light and sleep patterns for a week. The participants recorded what they were eating in daily logs so the researchers could estimate caloric intake.

"We found that the earlier this light exposure occurred during the day, the lower individuals' body mass index," says study author Kathryn Reid, a research associate professor at the Northwestern University Feinberg School of Medicine.

That was true even when the researchers accounted for activity level, caloric intake, sleep timing, age or season. The people with the strongest correlation between light and BMI were exposed to more than 500 lux of light, equivalent to bright indoor lighting. Outdoor light can range from 1,000 lux up into the hundreds of thousands.

The study was published Wednesday in the journal PLoS One.

So there may be another reason my early morning jogs make me happy, beyond the release of endorphins.

Jet-Lagged By Your Social Calendar? Better Check Your Waistline

"We weren't necessarily surprised by the findings," Reid told me, since she'd hypothesized that exposure to light plays a role in regulating metabolism. She points to animal studies in mice where disrupting the natural light-dark cycle with long periods of exposure to light leads to weight gain.

People should get more bright light between 8 a.m. and noon, the study authors say. They think about 20 to 30 minutes of morning light is enough to affect BMI (body mass index).

Now, to be clear, the relationship between morning light and a healthy body weight has not been nailed down as cause and effect.

The study is "hypothesis generating," Frank Scheer, director of the Medical Chronobiology Program at Brigham and Women's Hospital, told Shots by email. That's scientist-speak for not yet proven. "Causality would need to be tested in an experimental study," Scheer adds.

How to Get a Good Night's Sleep

For instance, researchers could design a study where light exposure is manipulated, and weight gain or loss among a group of participants is tracked over time.

Modifying light does have potential for use in weight management, Reid thinks. That would be similar to recent research showing that getting enough sleep helps people avoid weight gain.

As the field of chronobiology (the study of internal biological clocks) grows, so too does interest in exploring these types of interventions.

"This is a very interesting paper," says Satchin Panda, an associate professor at the Salk Institute who studies chronobiology. Light is a very important cue in synchronizing our internal body clocks, he says. And those clocks are key to helping our bodies perform optimally.

So who among us needs to be paying attention? How about anyone who stays up late working (or relaxing), and then needs an alarm to jolt them out of bed in time for that first morning meeting. (Hmm, a nudge to my husband, who likes to burn the midnight oil.)

Those of us who tend to lose out on exposure to morning light tend to have something else in common: We're trading morning lark patterns for a date with Dave Letterman or Jimmy Kimmel. (I get around that by watching YouTube excerpts of those shows when I get up in the morning.)

As we've reported earlier from sleep expert Helene Emsellem, "Unfortunately, we have caveman's hard-core wiring." And that means up with the sun.

And what happens when we burn the candle at both ends?