Accessibility links
Play It Again And Again, Sam : Shots - Health News We're all seduced by repetition, music research suggests — 90 percent of the music we listen to, we've heard before. Beyond music, this bias toward familiarity holds up in every culture. What gives? 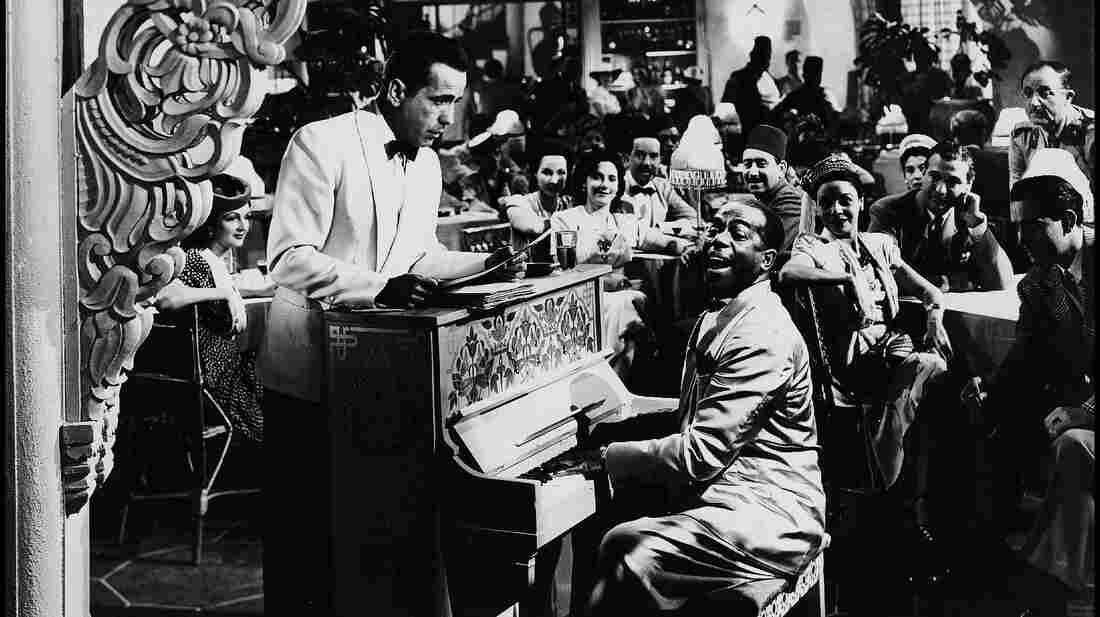 Rick Blaine, the sentimental tough guy in Casablanca, pined for "As Time Goes By." The Kobal Collection hide caption 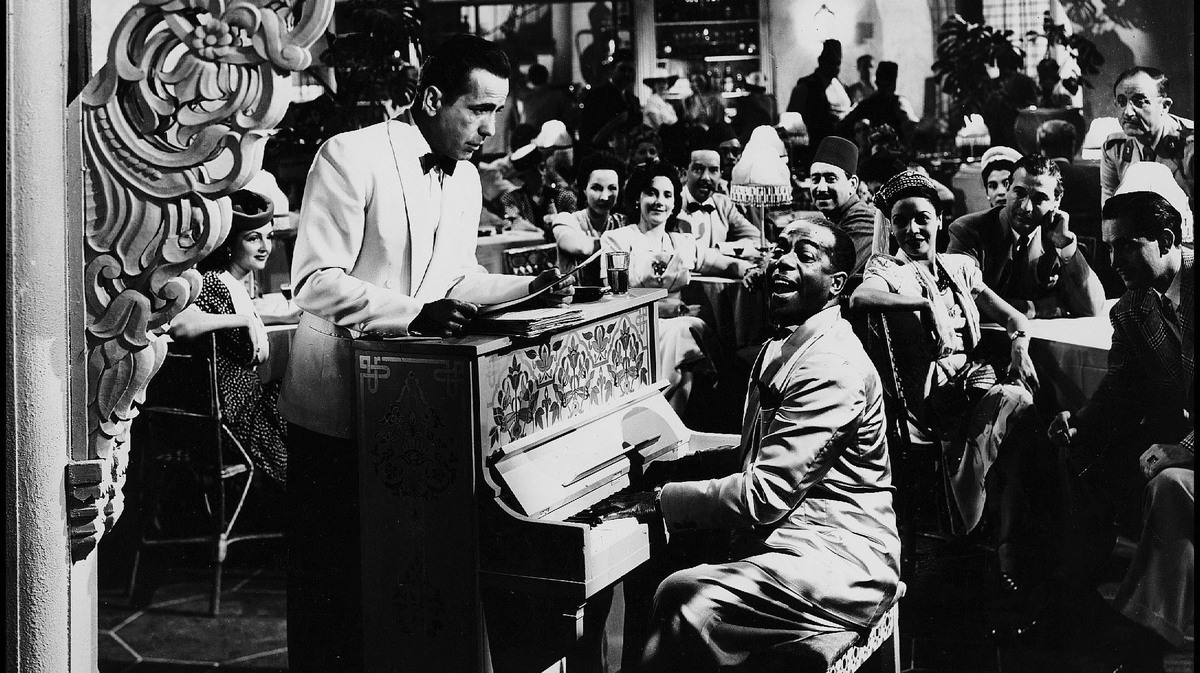 Rick Blaine, the sentimental tough guy in Casablanca, pined for "As Time Goes By."

A couple of years ago, music psychologist Elizabeth Margulis decided to make some alterations to the music of Luciano Berio. Berio was one of the most famous classical composers of the 20th century, a man internationally recognized for the dramatic power of his compositions. But Margulis didn't worry much about disrupting Berio's finely crafted music. After loading his most famous piece into a computer editing program, she just randomly started cutting.

"I just went in and whenever there was a little pause on either side of something, I grabbed that out and then I'd stick it back in — truly without regard to aesthetic intent," she says. "I wasn't trying to craft anything compelling."

The idea behind this vandalism was simple: Margulis wanted to see if she could make people like Berio's music more by making it more repetitive.

Margulis knew that 90 percent of the music we listen to is music we've heard before. We return again and again to our favorite songs, listening over and over to the same musical riffs, which themselves repeat over and over inside the music, and she'd become obsessed with understanding why repetition is so compelling.

This is why she was razoring the music of Berio — because, though his work is considered brilliant (as you can hear from the sample below of his Sequenza IXa for clarinet), his music isn't at all repetitive. In fact, he was part of a musical school that actively wanted to move music away from too much repetition.

So Margulis took Berio's music and randomly looped it ...

... and then had all kinds of people evaluate the two excerpts, comparing the work of one of the most famous composers of the 20th century with the work of a music psychologist from the University of Arkansas with access to digital editing equipment.

But it wasn't even close.

"They reported enjoying the excerpts that had repetition more," Margulis says. "They reported finding them more interesting, and — most surprising to me — they reported them as more likely to have been crafted by a human artist, rather than randomly generated by a computer."

What's So Seductive About Repeats?

We are drawn to repetition. It surrounds us, not just in modern American pop music, Margulis says, but everywhere.

One part of the answer, Margulis says, is what's known as the mere exposure effect.

Psychologists have found that people tend to start off wary of — or even hostile to — new things, which makes sense from an evolutionary perspective. But then the act of mere exposure — nothing more than further exposure — changes our feelings. We typically feel more warmly toward things we encounter again and again.

"Let's say you've heard a little tune before, but you don't even know that you've heard it, and then you hear it again. The second time you hear it you know what to expect to a certain extent, even if you don't know you know," Maugulis says. "You are just better able to handle that sequence of sounds. And what it seems like [your mind is saying] is just, 'Oh I like this! This is a good tune!' But that's a misattribution."

Why Political Ads Work (In Part)

And the power of repeated exposure isn't just limited to music. Research has shown that the mere exposure effect makes stockbrokers feel more warmly toward stocks they've seen before; it also works when looking at art or fashion or random geometric shapes. And, as the psychologist Robert Bornstein, of Adelphi University, points out, the mere exposure effect is part of the reason we see so many political ads before elections.

"It doesn't matter what's in the ads," Bornstein says. "It's the repetition. You keep seeing the face and you keep hearing the name and that causes some degree of attraction. And the fact that they know that you're making dinner and not really attending closely ... that is all to their advantage. They like that you are being repeatedly exposed without thinking too hard about the fact that you are being repeatedly exposed."

So mere exposure is one of the reasons we respond so well to repetition — both of music and in music — but Margulis clearly doesn't think it's the whole story. She says repetition also allows us to shift our attention around, from the surface aspects of the music to other aspects.

And in that way, she says, it allows us to shift our experience of the reality around us.

"You can experience this yourself," Margulis says, "by just having someone repeat a word to you a number of times over the course of a minute. After about a minute or so, you lose the semantic association that those sounds normally have ... [and] what's really salient [instead] is strange things about the syllables and the sounds themselves."

So basically, part of what the repetition in music allows us to do is leave ourselves. In some small way, it allows us to shift and adjust our reality.

And reality (let's be honest) can often use some adjusting.

So in the spirit of offering you "news you can use" to make your life at least temporarily better, we leave you with this. Adjust away: