Accessibility links
Measles At A Rock Concert Goes Viral In A Bad Way : Shots - Health News A young woman who didn't know she was infected with measles went to a Kings of Leon concert in Seattle. Public health investigators have reconstructed her movements to warn the public. 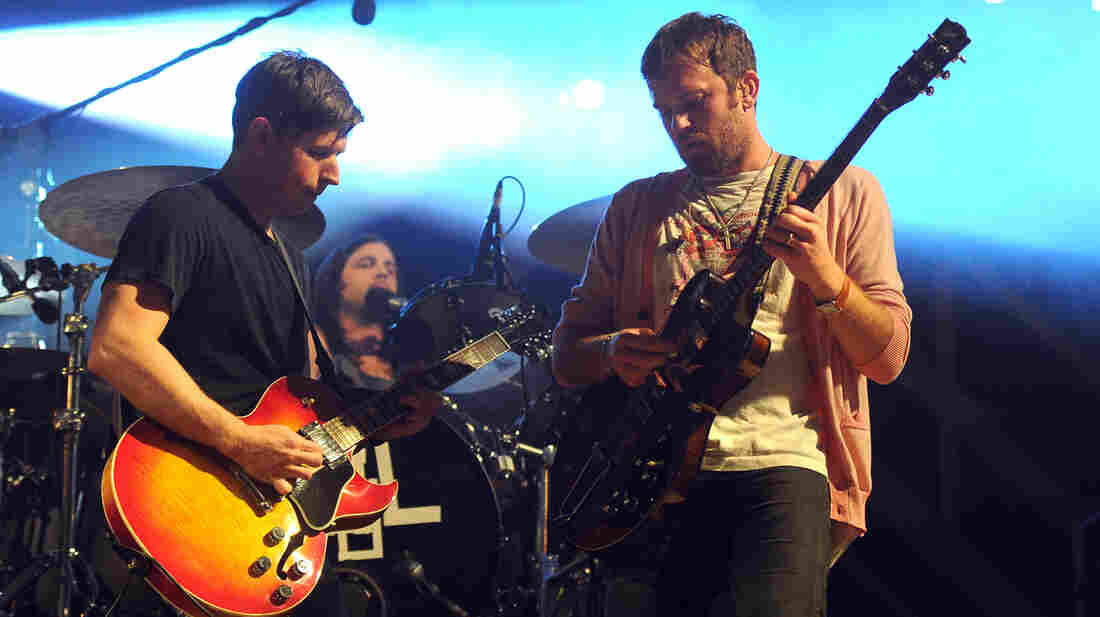 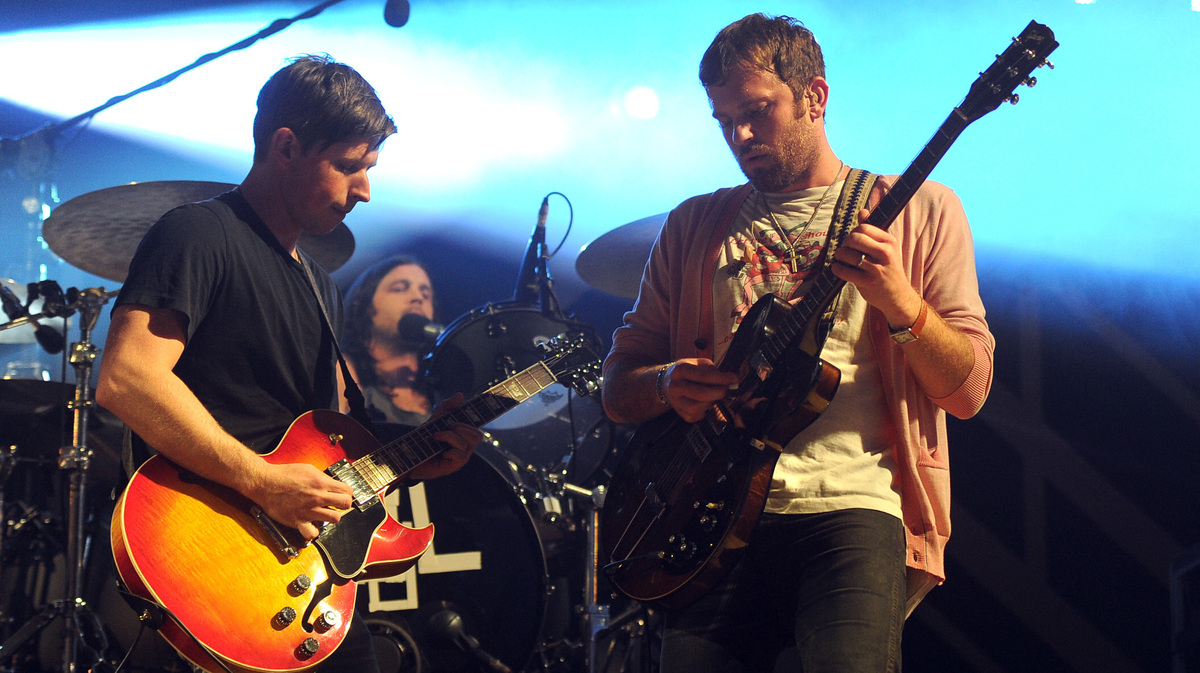 This one's virus-free: Matthew Followill, Nathan Followill and Caleb Followill of Kings of Leon performed in Los Angeles in December.

If you went to see the Kings of Leon concert on March 28 in Seattle, let's hope you came home with nothing but great memories.

A young woman at that concert in Seattle has come down with measles, which can be spread for days by a person who's infected but not yet sick. That's bad news for the thousands of people who shared the concert hall with her, or were at the many other places she went that week.

And that's why the Washington State Department of Health has published the unidentified woman's schedule online.

"The reason we're doing this is that it's so highly contagious," says Dr. Jeffrey Duchin, who is chief of communicable disease control for Seattle and King County Public Health, which investigated the measles case. "It can stay in the air for hours after the contagious person has left. If we don't treat these people, the chain of transmission can continue."

The young woman became contagious on March 26, after visiting a family with measles cases that were linked to an outbreak in British Columbia. Unaware she was infected, she went to work at a bakery, filled her car up at a gas station, went to the concert, went to Pike Place Market and went out for sushi. All the while she was spreading viruses in the air.

So if you were at the Starbucks at 102 Pike Street between 11:15 a.m. and 2 p.m. on March 29 and you're not sure if you're immune to measles, the Washington State Department of Health wants you to see a health care professional immediately. You may be in the market for a quick shot of vaccine or immune globulin.

Most people are protected against measles, Duchin notes, either through vaccination or because they had the disease as a child. But a surprising number of people aren't sure about their status. And others, including babies, pregnant women or people with suppressed immunity, can't be vaccinated. They're the ones who are at risk when measles reappears. And the disease can kill.

"We continually see measles being reintroduced into our community by travelers," Duchin told Shots. "It's always good to know your measles immune status and be up to date."

This story isn't over. It takes one week to 17 days after exposure to become ill, so people who were at the Key Arena for that concert might still get sick this week.

That's probably not what Kings of Leon mean when they sing of being "hot as a fever / rattling bones." And let's hope that remains poetic license, not part of a medical diagnosis.

When they sing "hot as a fever," odds are they aren't thinking measles.