Accessibility links
The Forgotten Childhood: Why Early Memories Fade : Shots - Health News Childhood amnesia descends gradually — and later than you might think, researchers say. Many 7-year-olds have robust memories of experiences from when they were 3 or even younger. 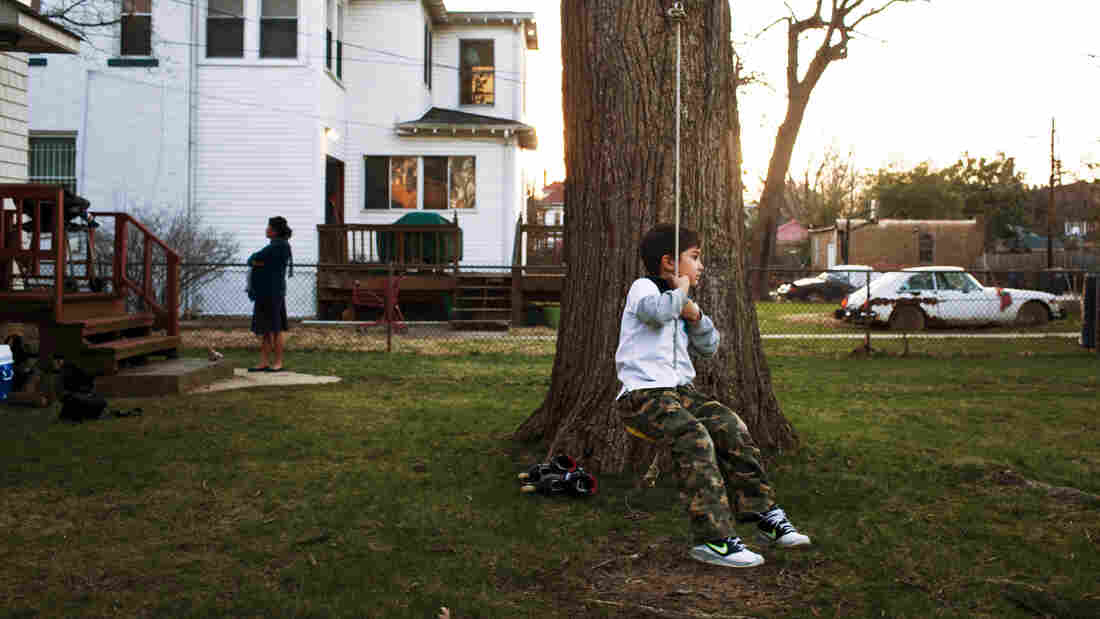 Eight-year-old Francis Csedrik pauses mid-swing in his backyard in Washington, D.C. Like most kids, he's gradually losing his memories of things that happened when he was 3 years old. Meg Vogel/NPR hide caption 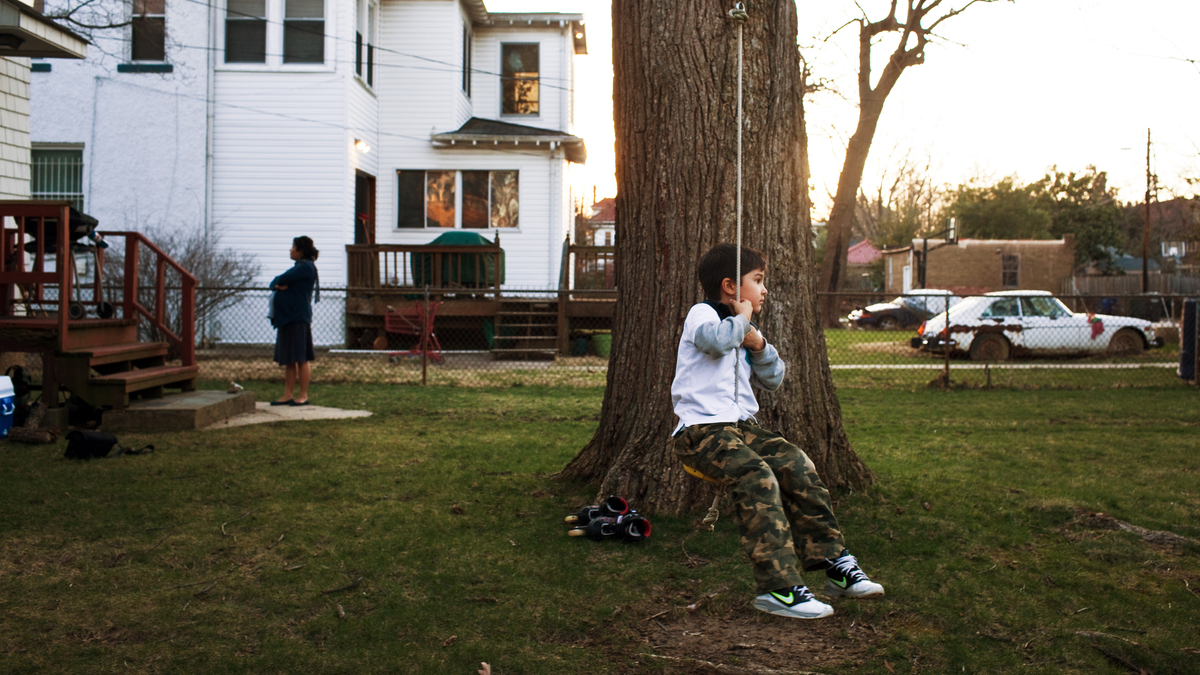 Eight-year-old Francis Csedrik pauses mid-swing in his backyard in Washington, D.C. Like most kids, he's gradually losing his memories of things that happened when he was 3 years old.

Francis Csedrik, who is 8 and lives in Washington, D.C., remembers a lot of events from when he was 4 or just a bit younger. There was the time he fell "headfirst on a marble floor" and got a concussion, the day someone stole the family car ("my dad had to chase it down the block"), or the morning he found a black bat (the furry kind) in the house.

But Francis looks puzzled when his mom, Joanne Csedrik, asks him about a family trip to the Philippines when he was 3. "It was to celebrate someone's birthday," she tells him. "We took a long plane ride, two boat trips," she adds. Francis says he doesn't remember.

That's a classic example of a phenomenon known as childhood amnesia. "Most adults do not have memories of their lives for the first 3 to 3 1/2 years," says Patricia Bauer, a professor of psychology at Emory University.

Scientists have known about childhood amnesia for more than a century. But it's only in the past decade that they have begun to figure out when childhood memories start to fade, which early memories are most likely to survive, and how we create a complete autobiography without direct memories of our earliest years.

For a long time, scientists thought childhood amnesia occurred because the brains of young children simply couldn't form lasting memories of specific events. Then, in the 1980s, Bauer and other researchers began testing the memories of children as young as 9 months old, in some cases using gestures and objects instead of words.

"What we found was that even as young as the second year of life, children had very robust memories for these specific past events," Bauer says. So, she wondered, "Why is it that as adults we have difficulty remembering that period of our lives?"

More studies provided evidence that at some point in childhood, people lose access to their early memories. So several years ago, Bauer and her colleague Marina Larkina decided to study a group of children to see what happened to their memories over time.

How Do Experiences Become Memories?

At age 3, the children were all recorded speaking with a parent about recent events, like visiting an amusement park or a visit from a relative. Then as the kids got older, the researchers checked to see how much they remembered.

And they found that children as old as 7 could still recall more than 60 percent of those early events, while children who were 8 or 9 recalled less than 40 percent. "What we observed was actually the onset of childhood amnesia," Bauer says.

It's still not entirely clear why early memories are so fragile. But it probably has to do with the structures and circuits in the brain that store events for future recall, Bauer says.

When a child is younger than 4, those brain systems are still quite immature, Bauer says. "It doesn't mean they're not working at all," she says. "But they're not working as efficiently — and therefore not as effectively — as they're going to be working in later childhood, and certainly in adulthood."

Some early memories are more likely than others to survive childhood amnesia, says Carole Peterson at Memorial University of Newfoundland. One example, she says, is a memory that carries a lot of emotion.

Peterson showed this in a study of children who'd been to a hospital emergency room when they were as young as 2 for injuries such as a broken bone or a cut serious enough to require stitches. "These were very emotional, very significant events," Peterson says. "And what we have found is that even 10 years later, children have enormously good memory of that."

Eight-year-old Francis Csedrik certainly remembers the events that led to his emergency room visit. He was at school when a friend said, "I want to carry you down the stairs," Francis says. "I didn't want him to, but he didn't listen. He did it. And I fell headfirst on a marble floor." 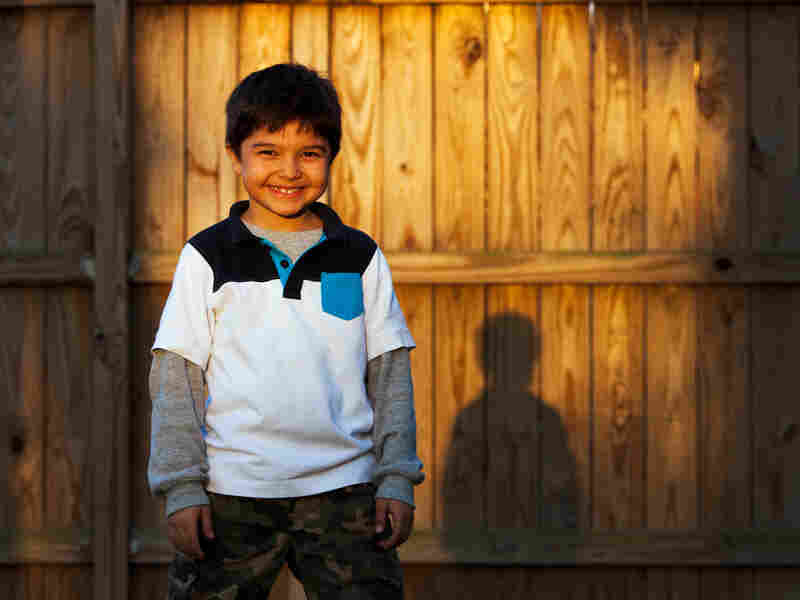 Francis Csedrik remembers details of being bonked hard on the head when he was 4, and having to go to the emergency room. Meg Vogel/NPR hide caption 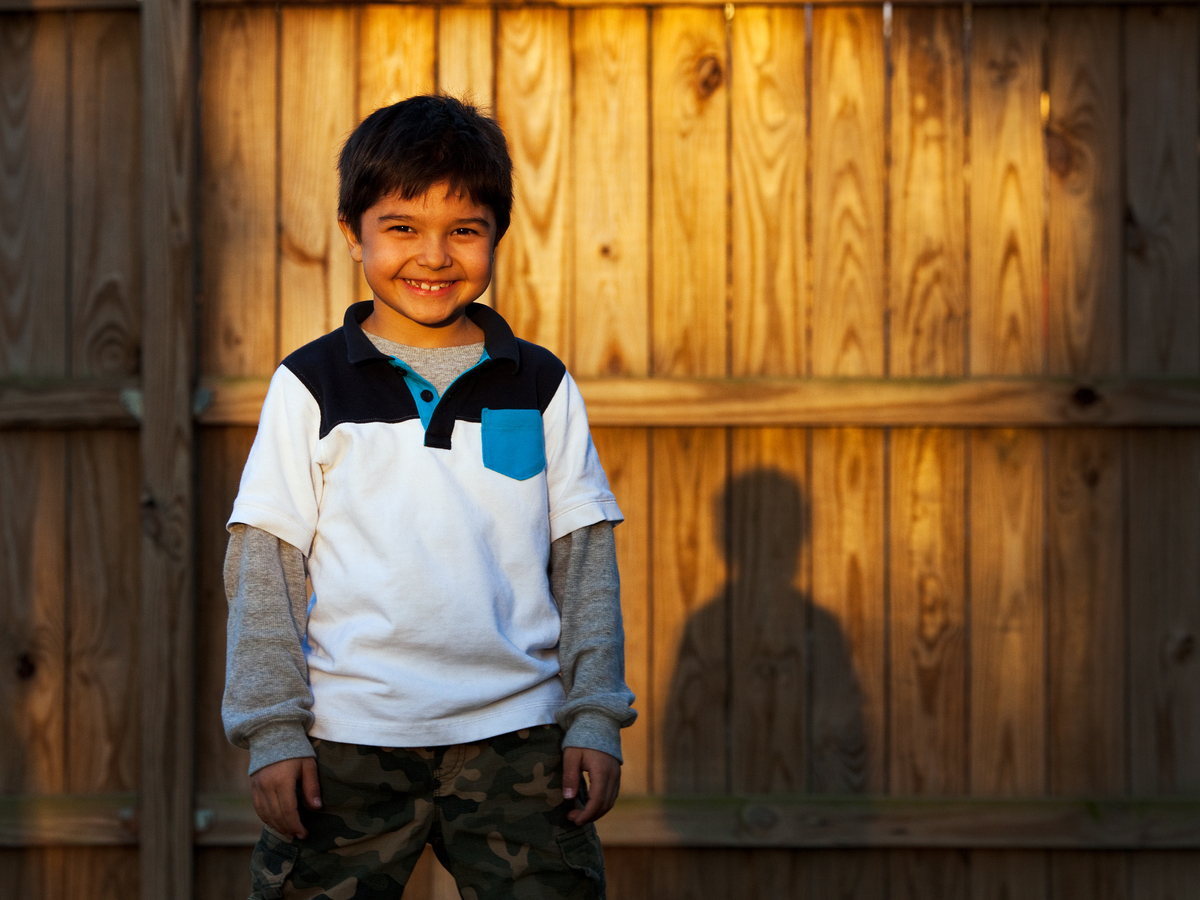 Francis Csedrik remembers details of being bonked hard on the head when he was 4, and having to go to the emergency room.

That memory is from when Francis was 4. But a child in one of Peterson's studies recalled an event from when he was just 18 months old. It was the day his mother went to the hospital to give birth to a sibling. "He remembers crying on the floor of the kitchen, and he remembers how upset he was," Peterson says. "And he can remember the pattern of his teardrops on the linoleum."

Findings like that are persuading courts to allow more eyewitness testimony from children, Peterson says. In the past, she says, courts thought children couldn't tell the difference between fact and fantasy. But studies have shown that they can, and that "the amount they remember is staggering."

The key to using children as witnesses is to make sure they are questioned in a noncoercive way, Peterson says. "They want to be cooperative," she says, "so you have to be very careful not to put words in their mouth."

The Power Of Story

Another powerful determinant of whether an early memory sticks is whether a child fashions it into a good story, with a time and place and a coherent sequence of events, Peterson says. "Those are the kinds of memories that are going to last," she says.

And it turns out parents play a big role in what a child remembers, Peterson says. Research shows that when a parent helps a child give shape and structure and context to a memory, it's less likely to fade away.

That's something Joanne Csedrik has worked on with Francis ever since his concussion. At first, he just talked about it with her. But more recently, he's described the incident in school writing assignments.

"I just like writing that story because I just don't want to forget it," Francis says.

"Because it reminds you to be careful," his mother says. "Right. You don't want to have that happen again."

It's not hard to see an evolutionary reason for memories like this. Kids who recall stories about danger or injuries are probably more likely to survive to become adults.

And stories become important for a different reason in adolescence, Peterson says. That's when people usually begin knitting together all of these smaller stories into a larger life story, "in order to explain why you are the kind of person you are," she says.

Interestingly, a person's life story usually includes events that should have been lost to childhood amnesia. That's because when our own memories start to fail, Peterson says, we rely on family members, photo albums and videos to restore them.