Accessibility links
Avoiding The Nursing Home Ups The Risk Of Unwanted Medical Care : Shots - Health News Two-thirds of older adults suffer from cognitive impairment or dementia in their last year of life, a study finds. That fact and being cared for at home increase the risk of aggressive treatment. 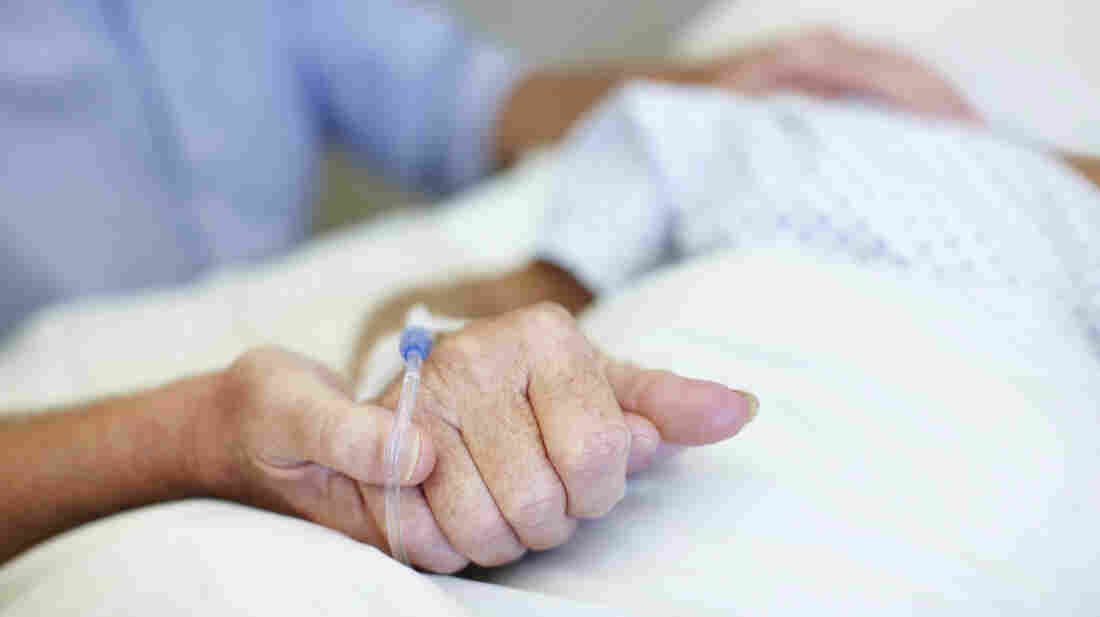 Signing out the kind of care you want can help your family make the right medical decisions when the time comes. iStockphoto hide caption 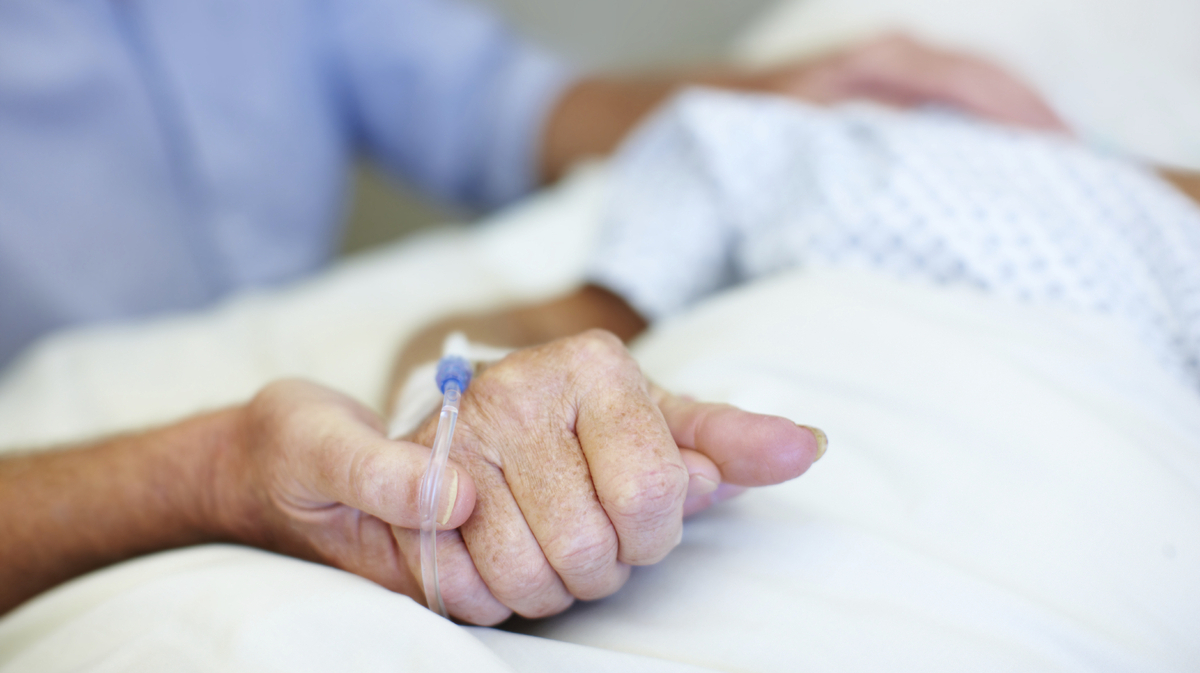 Signing out the kind of care you want can help your family make the right medical decisions when the time comes.

Most older people suffer from cognitive impairment or dementia in the year before death, making it more likely that they will get aggressive medical treatments that they don't want.

And people with dementia who are cared for at home are more likely to get unwanted treatment than if they are in a nursing home, a study finds.

That could be because medical personnel are less likely to know a person's end-of-life wishes of someone who isn't in a facility, the researchers say.

"The default of care is to provide all care possible and to try to keep you alive," says Dr. Lauren Hersch Nicholas, a health economist at Johns Hopkins University and the study's lead author. "That can lead to some futile efforts." That includes being given a feeding tube to live another week. "But it's going to be a week where you're bedridden [and] unable to speak."

Using data on almost 4,000 Medicare beneficiaries who died between 1998 and 2007 at 65 years old or older, Nicholas and her colleagues found that two-thirds had at least some cognitive impairment or mild dementia a year or more before death. Roughly 22 percent met the criteria for severe dementia, including a diagnosis of dementia and having difficulty with three or more daily activities.

Almost a third of those patients with severe dementia weren't in a nursing home during their final months. Of those people, the ones who didn't have an advance directive spelling out health care wishes were more likely to die in the hospital and spend more time in intensive care units getting life-sustaining treatment. They incurred, on average, almost $11,500 more in treatment than those who had an advance directive.

It's the kind of treatment that almost no one longs for and can be avoided if you spell out what kind of care you want in an advance directive. And this should happen as soon as there's any indication from the doctors that your cognitive function is impaired, Nicholas says, to help families make the right decision when the time comes.

Among patients with normal or less impaired cognitive function, having an advanced directive did not limit the treatment that they needed, according to results published Monday in the journal Health Affairs.

"A lot of people have raised concerns that having an advance directive might lead to clinicians denying appropriate care, but we didn't find that at all," Nicholas says. "If anything, we saw evidence of advance directives leading to the type of treatment likely to be considered high quality of care for dementia patients."

While some prefer to grant a family member the legal rights to decide what treatment is best for them, she says that these surrogate decision-makers often don't have all the necessary information to make the right choice.

"You probably want to make your loved ones as comfortable as possible, but it can be difficult to understand without a medical background how to make these decisions in an emotional time," Nicholas says.

Though the recommendation is particularly important for people who are at risk of severe dementia, Nicholas says everyone should have a conversation with relatives about end-of-life care as early as possible.

"I'm 33, I have a written advance directive [and] I've had some of these conversations with my family and my parents," she tells Shots. "I always encourage to my peers to talk about it and do the same."