Accessibility links
Pop Stars Are Sippin' On Patron, And Teens Are Bingeing : Shots - Health News If you know Ciroc and Patron, you may well be listening to a lot of songs that name-check brand-name alcohol. And if you're a teenager, you may be binge drinking a lot more, researchers say.

Don't think music can make you want to drink? Try our remix. 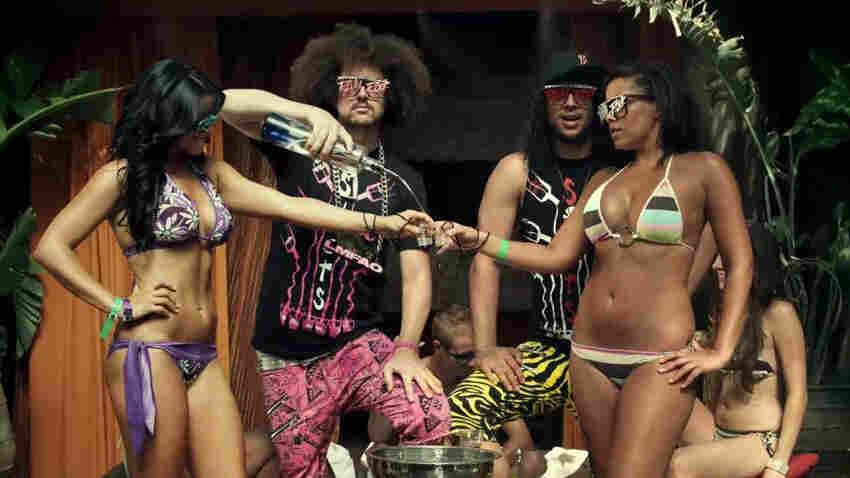 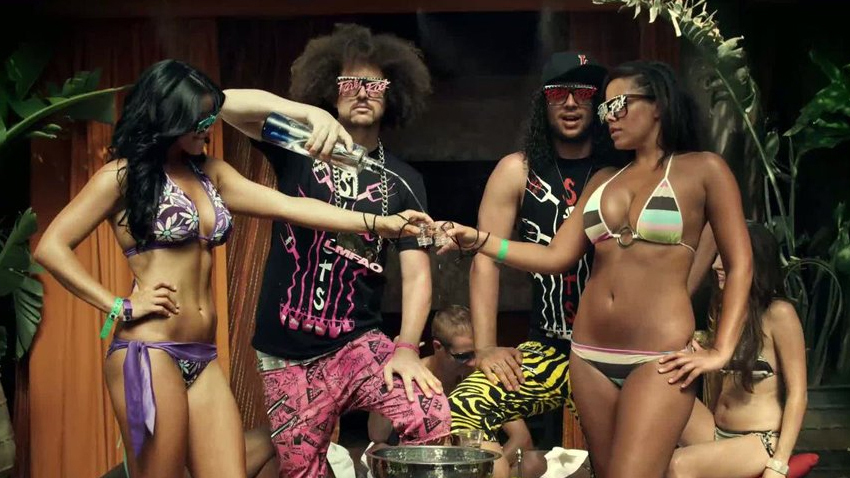 Ke$ha says that to start the day she'll brush her teeth with a bottle of Jack Daniel's whiskey. Nicki Minaj likes to "have a drink, have a clink" of Bud Light. And the party-rockin' hip-hop duo LMFAO like Ciroc, and they love Patron. "Shots, shots, shots, shots everybody!"

All that name-checking of alcohol brands encourages teens to drink, researchers say. Adolescents who liked songs like these were three times as likely to drink, and were twice as likely to binge than their peers who didn't like those songs.

Don't think music can make you want to drink? Try our remix.

Researchers from the University of Pittsburgh surveyed more than 2,500 young people and asked them whether they liked or owned 10 randomly selected top 40 singles that referenced alcohol.

The kids who most enjoyed those hits were also the most likely to drink and binge, even after controlling for age and parental alcohol use. Only 8 percent could recall the specific brand names mentioned in the songs, but they were even more likely to drink than the rest.

The findings were published Tuesday in Alcoholism: Clinical and Experimental Research.

"It is unclear how much very specific information adolescents do or do not get from popular music," says Dr. Brian Primack, an associate professor of medicine at the University of Pittsburgh and the study's lead author. But, he says, it's clear that the music adolescents are listening to does have some impact on their drinking habits.

Parents and peers' drinking habits can also influence young people, previous research has shown. But seeing people drink in real life is a lot different than seeing them drink in a music video, Primack tells Shots. In real life, you see the negative side effects of drinking. But most musicians don't talk about hangovers and addiction, he says.

Of course, this study only shows that listening to certain types of music is associated with young people's drinking habits. It doesn't show that one causes the other. While it could be that the music is encouraging young people to drink, it might also be that young people who drink are more likely to listen to songs about parties and alcohol.

Teens Say They Don't Text Or Drink While Driving

This isn't the first time researchers have looked at alcohol references in popular music. In December, researchers from Boston University and Johns Hopkins University combed through Top 40 hits from 2009 through 2011 and found that about a quarter referenced alcohol.

The most name-dropped brands of alcohol were Patron tequila, Hennessy cognac, Grey Goose vodka and Jack Daniel's whiskey. And that's not a coincidence, says David Jernigan, the director of Hopkins' Center on Alcohol Marketing and Youth, and one of the researchers behind that study.

"There are some really lucrative deals being made between artists and particular brands," Jernigan tells Shots. Rapper and producer Sean Combs is a paid spokesperson for Ciroc vodka. Grey Goose sponsored a 2011 music tour featuring rappers like Lil Jon, the study points out, while Jack Daniel's sponsored a party celebrating top Nashville singers and songwriters. Many of these brands also sponsor musicians' album release parties and music festivals, according to the study.

"For at least some of these artists, promoting alcohol has become part of their business models," Jernigan says. Reversing that trend may be one way to reduce young people's exposure to alcohol in music.

The tobacco industry, for example, is banned from paying for product placements in movies. Jernigan says that kind of regulation is unlikely to happen with alcohol in the music industry. But he hopes the companies can be persuaded to exercise restraint.

And he says teaching kids to beware of what they hear and see in the media couldn't hurt.

We here at Shots listened up and made a very unscientific remix of recent songs celebrating alcohol. Take a listen, and let us know if it puts you in the mood to take some shots.