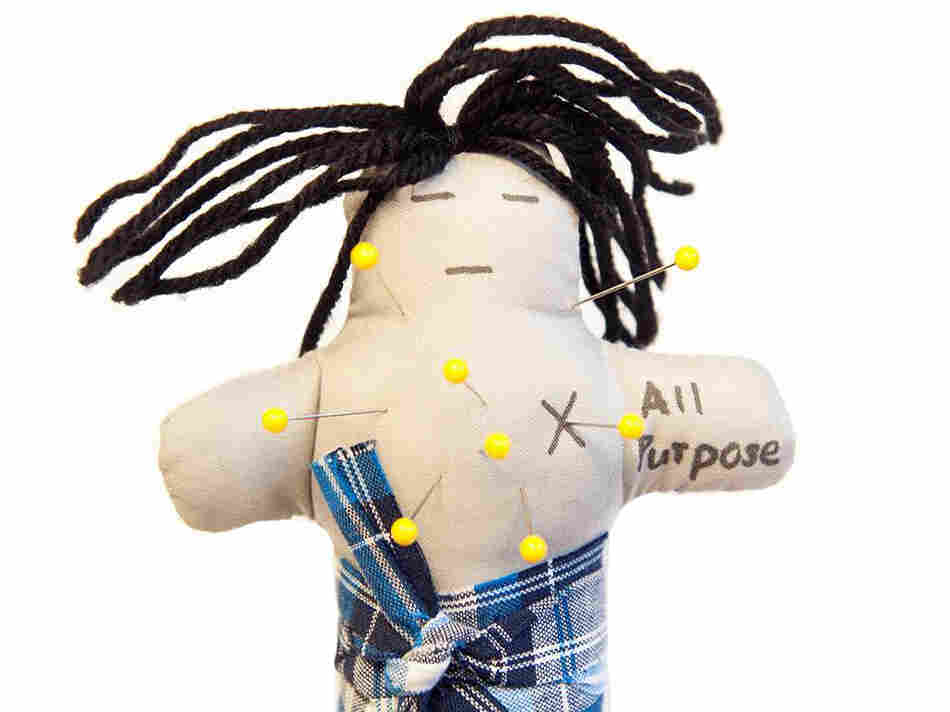 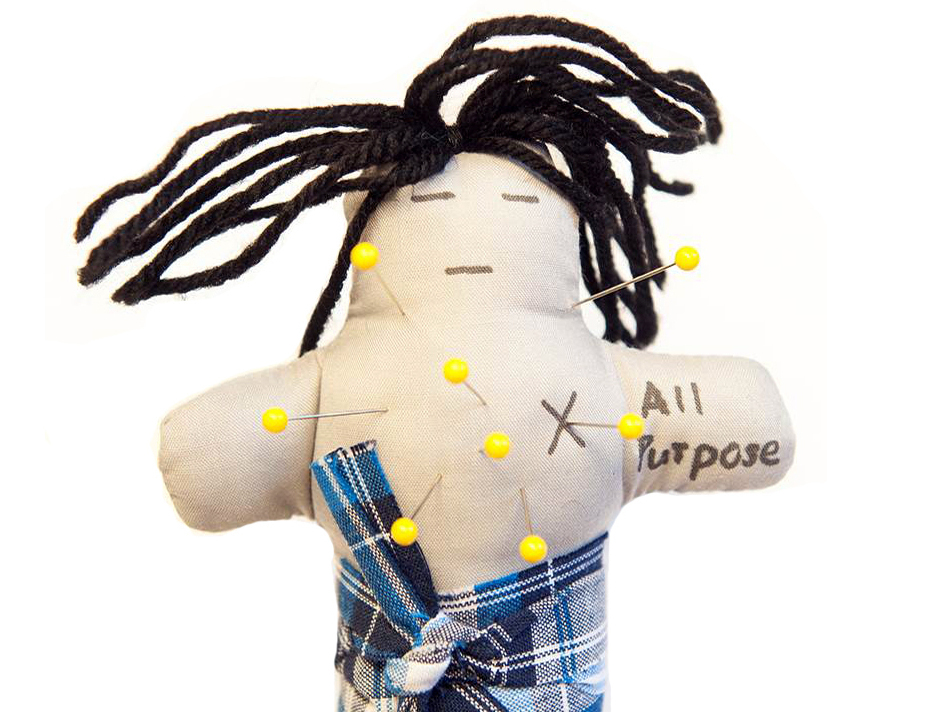 Volunteers with lower levels of blood sugar stuck more pins in voodoo dolls of their spouses than people with higher levels.

A lot of us know what can happen when we get hungry. We get grumpy, irritable and sometimes nasty.

There's even a name for this phenomenon: "Hangry, which is a combination of the words hungry and angry," says psychologist Brad Bushman from Ohio State University.

Many studies have suggested that low blood sugar may be the underlying cause of hunger-induced crankiness. But most of those studies were performed with strangers in the laboratory. Bushman wondered: What about people who get along well, or who even love each other? Does low blood sugar turn even spouses into frenemies?

To figure that out, Bushman recruited 107 couples for a study. He assessed the quality of their relationships and taught them how to measure their blood sugar. Then he sent each volunteer home with something unusual: a voodoo doll and 51 pins.

In fact, people with the lowest blood sugar levels stuck more than twice as many pins in the voodoo dolls, compared with people with the highest levels, the researchers found.

The team also wanted to know whether those angry feelings translated into nastier behavior. So they had the couples play a computer game in which the winner got to blast his or her spouse with an awful noise.

"The noise is a mixture of noises that most people hate, like fingernails scratching on chalkboards, dentist drills, sirens," Bushman says.

As expected, the lower a person's blood sugar, the more likely he or she was to blast a spouse.

"Regardless of how good somebody's relationship is, when they're hungry, they're more angry, and they stuck more pins in the doll," Bushman says. "And they were more aggressive by giving their partner louder and longer blasts of noise."

Bushman thinks his finding could help people cut back on angry outbursts because they're hungry.

"What we conclude is that glucose is the food for the brain that we need to exercise self-control," Bushman says. "And when people's glucose levels are low, they are poorer at exercising self-control."

Blood sugar is clearly not the only factor involved in whether someone gets angry. But low blood sugar probably makes it harder for the brain to control emotions, says Emil Coccaro, a psychiatrist at the University of Chicago.

"The brain uses only sugar for its energy needs," he says. "So when there's less sugar available, the neurons aren't going to function as well."

Now, Bushman isn't recommending that people keep candy bars around to prevent angry outbursts. Such sweets can cause quick spikes in blood sugar that aren't helpful. But snacks with both carbohydrates and protein might be a good idea.