Accessibility links
Is Obamacare A Success? We Might Not Know For A While : Shots - Health News Fans and foes want to know whether the Affordable Care Act is meeting its goals. But, for good reasons, there are no clear answers yet. 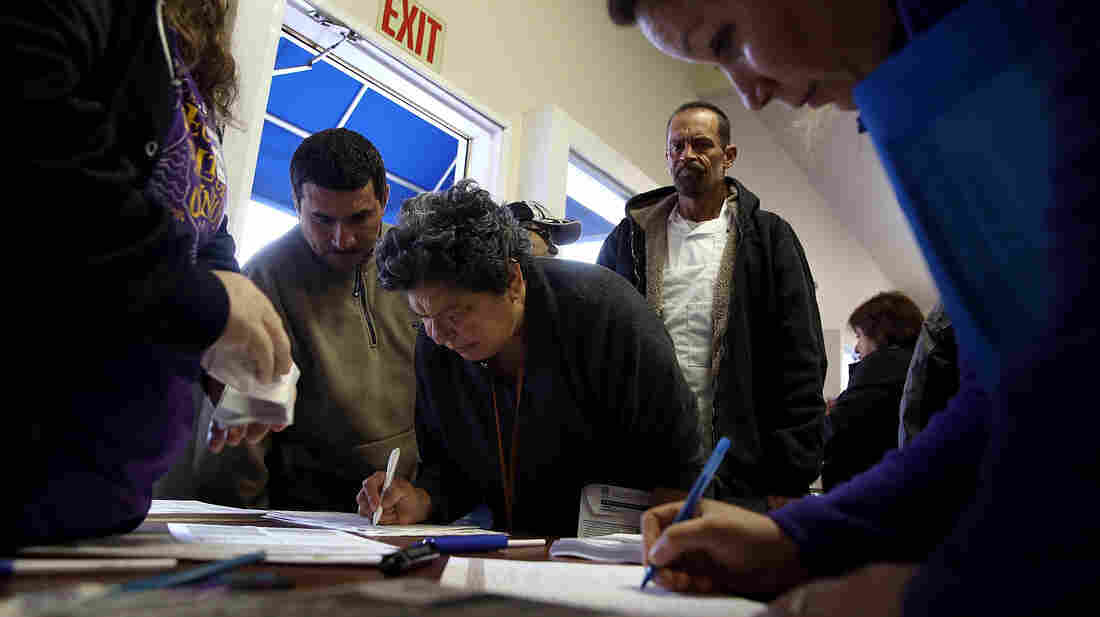 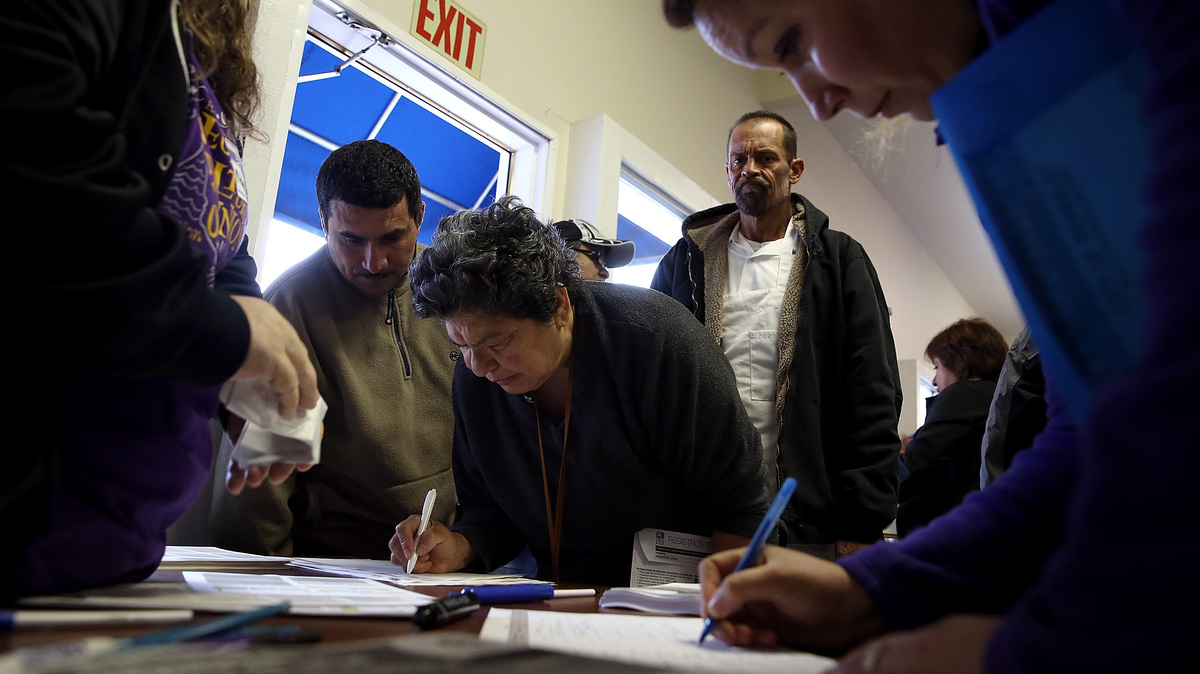 Hundreds in California rushed to get health insurance just before the deadline.

After months of focusing on how many people have or haven't signed up for health insurance under the Affordable Care Act, we now have a rough total (7.5 million), and everyone's keen to get to the bigger questions: How well is the law working? How many of those who signed up have paid their premiums and are actually getting coverage? How many were uninsured before they signed up? And just how big has the drop been in the number of uninsured people?

Lessons Learned For 2015 From This Year's Obamacare Sign-Ups

Unfortunately, the answers to some of these questions simply aren't knowable — or, at least, not knowable yet.

"It's very challenging," says Linda Blumberg, a senior fellow at the Urban Institute's Health Policy Center. "People want answers right away, and the best data sets we have obviously come out with a lag."

That's partly because of the enormous size and complexity of the health system and the law. But it's also because the insurance industry is mostly private and regulated by the states.

"The impacts that all of these changes are going to have on the marketplace are going to play out differently all across the country," says Robert Zirkelbach, spokesman for the trade group America's Health Insurance Plans. "Simply looking at national data doesn't tell you what's going to happen in a particular market in a particular state."

Still, it's worth taking a closer look at some of those questions.

How Many Folks Are Paying Their Premiums?

First, how many people have actually paid their premiums for insurance they've chosen through the health exchange? That's the final and arguably most important part of the sign-up process. Most insurers report numbers in the 80 to 85 percent range. You might assume the people not paying are deadbeats. But that's hardly the case.

"This is not at all surprising," says Ken Jacobs, who heads the Center for Labor Research and Education at the University of California, Berkeley. The labor center just published a study of who's signing up for coverage in California. The research predicts that fully half the people who enroll in a plan through the California health exchange won't keep it for a full year.

That's always the case in the individual market, Jacobs says. It's transient.

In the case of the Affordable Care Act, he says, that transience was multiplied by lots of people who signed up in October and November and December — well before they had to pay their premiums.

"By the time they needed to pay," he says, "life had changed and they no longer needed that coverage."

Are There Really Fewer Uninsured?

Then there's the question of how the law is affecting people without insurance. But Jacobs says that asking whether people signing up had insurance previously is actually the wrong question — because of that same churning that affects the payment of premiums.

People move in and out of insurance all the time, he says, "and what the new marketplaces do is provide a place where people go rather than becoming uninsured during those times. And so you may have people who had insurance — job-based coverage — [then] lost their job, and now they're going into one of the marketplaces rather than becoming uninsured."

The real question then is whether the overall number of people without insurance goes down.

One presumes we'd begin to get a handle on that when the Census Bureau puts out its annual numbers in the fall. Except officials have decided to change the way they ask their health insurance questions for the Current Population Survey. (That's the study that produces the annual uninsured number.)

Those tweaks to the survey mean that, going forward, the uninsured numbers won't really be comparable to those of past years. That has produced some significant upset in the research community.

"It is a very unfortunate set of decisions in my opinion," says Blumberg of the Urban Institute. "We have all used the Current Population Survey for trends for measuring insurance coverage ... forever, it seems like, and we're not going to be able to do that because of the question changes."

Meanwhile, the Urban Institute Wednesday released a study using its own set of data. The Institute's analysis suggests that the number of non-elderly adults without insurance fell by approximately 5.4 million people between late summer 2013 and March of this year. But that number doesn't include children who gained health insurance during the ACA enrollment, nor does it include the surge of enrollments that occurred at the end of last month and early April.

Eventually, researchers say, the impact of the law will become more clear as more data become available. But "eventually" is likely to be well after this year's elections — and possibly after the presidential contest of 2016.