Accessibility links
First Embryonic Stem Cells Cloned From A Man's Skin : Shots - Health News Scientists based their technique on the one used to create the sheep Dolly years ago. These cells might one day be useful in treating all sorts of diseases. 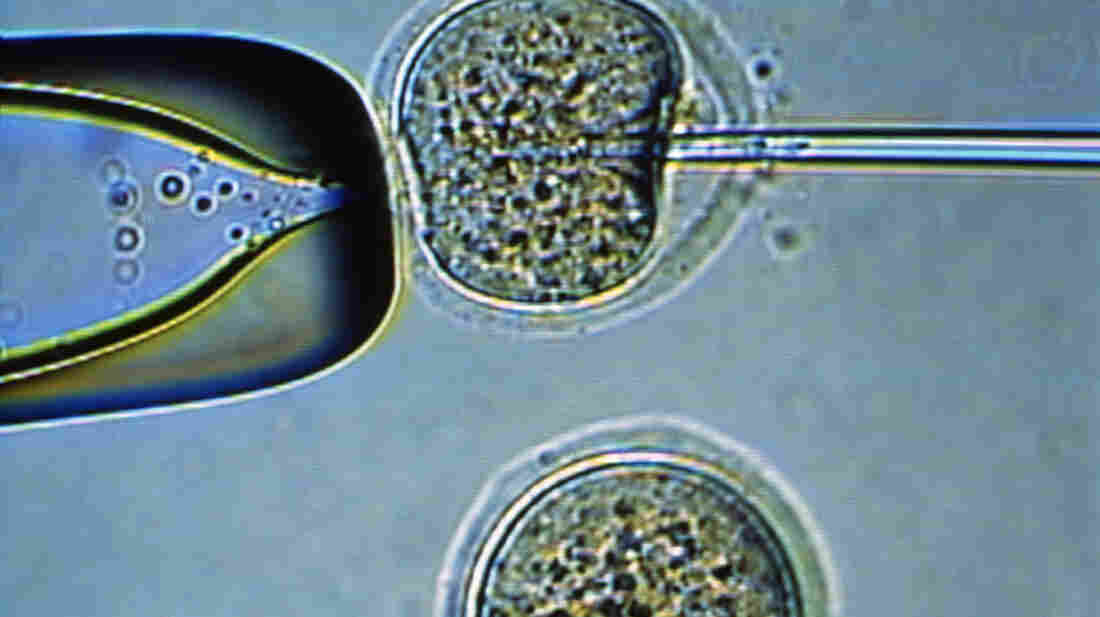 This mouse egg (top) is being injected with genetic material from an adult cell to ultimately create an embryo — and, eventually, embryonic stem cells. The process has been difficult to do with human cells. James King-Holmes/Science Source hide caption

Eighteen years ago, scientists in Scotland took the nuclear DNA from the cell of an adult sheep and put it into another sheep's egg cell that had been emptied of its own nucleus. The resulting egg was implanted in the womb of a third sheep, and the result was Dolly, the first clone of a mammal.

Dolly's birth set off a huge outpouring of ethical concern — along with hope that the same techniques, applied to human cells, could be used to treat myriad diseases.

But Dolly's birth also triggered years of frustration. It's proved very difficult to do that same sort of DNA transfer into a human egg.

"There are many diseases, whether it's diabetes, Alzheimer's or Parkinson's disease, that usually increase with age," Lanza says. So ideally scientists would like to be able to extract DNA from the cells of older people — not just cells from infants — to create therapies for adult diseases.

Writing in the journal Cell Stem Cell, they say they started with nuclear DNA extracted from the skin cells of a middle-age man and injected it into human eggs donated by four women. As with Dolly, the women's nuclear DNA had been removed from these eggs before the man's DNA was injected. They repeated the process — this time starting with the genetic material extracted from the skin cells of a much older man. 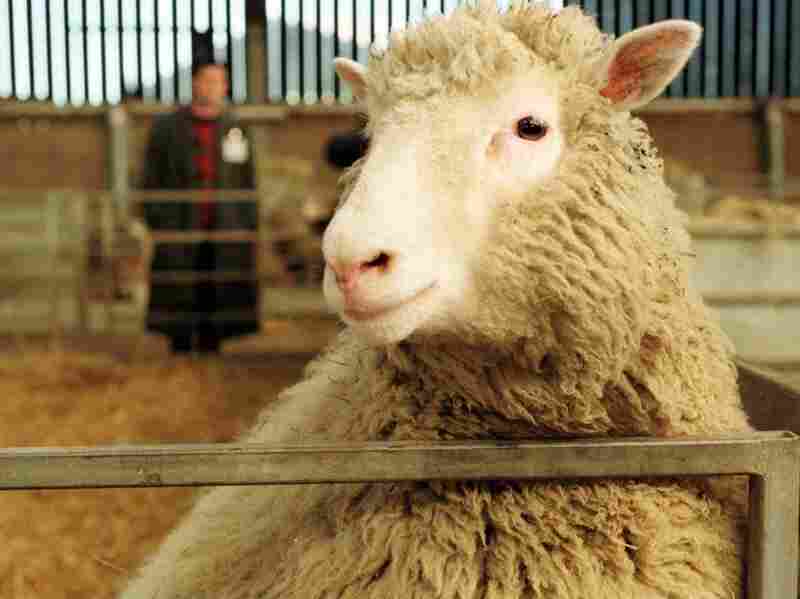 Dolly, the first mammal to be genetically cloned from adult cells, poses for the camera in 1997 at the Roslin Institute in Edinburgh, Scotland. Paul Clements/AP hide caption 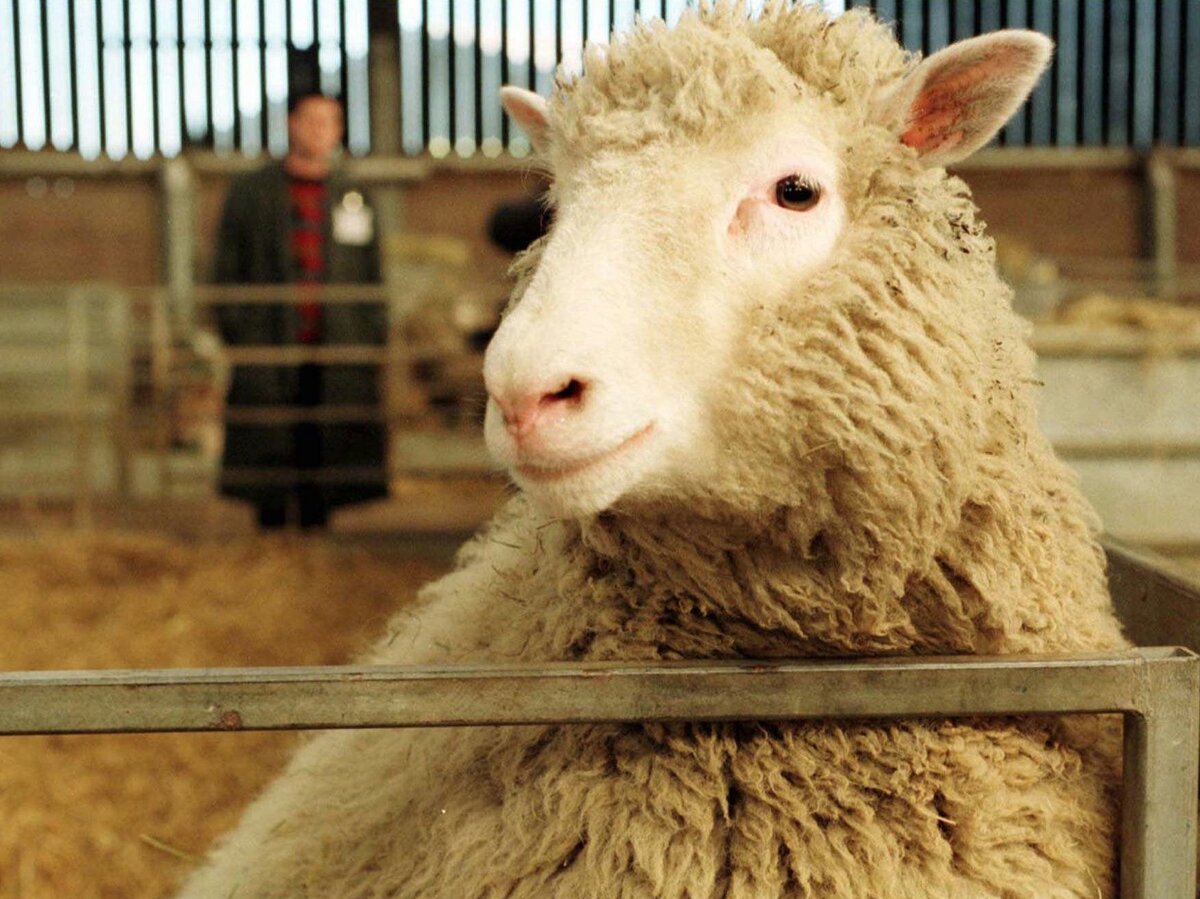 Dolly, the first mammal to be genetically cloned from adult cells, poses for the camera in 1997 at the Roslin Institute in Edinburgh, Scotland.

"What we show for the first time is that you can actually take skin cells, from a middle-aged 35-year-old male, but also from an elderly, 75-year-old male" and use the DNA from those cells in this cloning process, Lanza says.

They injected it into 77 human egg cells, and from all those attempts, managed to create two viable cells that contained DNA from one or the other man. Each of those two cells is able to divide indefinitely, "so from a small vial of those cells we could grow up as many cells as we would ever want," Lanza says.

They look like the cells in a human embryo — in fact, they're called embryonic stem cells. And with a bit of coaxing, these cells could, theoretically, be prodded to turn into any sort of human cell — nerve, heart, liver and pancreas, for example. That's what makes them potentially useful for treating all sorts of diseases.

In the 18 years since researchers cloned a sheep, scientists have found another way to produce cloned human cell lines. And the other technique, which produces "induced pluripotent stem cells," skips the step that requires a human egg cell, so some people find it less fraught, ethically.

It also means that finally getting the sheep technology to work with cells from adult humans may not turn out to be a turning point for this technology, after all.

"We now have two ways and we're not sure which of the two methods is likely to work best," Lanza says.

Ideally he would like to screen millions of adults and choose just a hundred or so whose genes would make them good DNA donors. He'd like to see a library of cells created with those carefully chosen genes.

In principle, scientists could produce a series of cell lines that would allow a close match for the majority of would-be cell recipients — just as transplant surgeons currently seek a close match for organ donors.

Physicians could also extract DNA from the person who is going to receive the cellular transplant — creating a patient-specific treatment — though that would end up being far more expensive than drawing from a library of ready-made cells.

Paul Knoepfler at the University of California, Davis, School of Medicine is excited about this advance from a medical point of view. But he says this does mean we could be getting closer to being able to go beyond cloned cell lines to cloning an entire human being.

"I don't think that's coming anytime soon, but certainly this kind of technology could be abused by some kind of rogue scientist," Knoepfler says.

And while many people consider that idea dangerous and repugnant, it is not broadly illegal.

Scientists report that they have successfully cloned human embryos from an elderly man's skin cells. Here's how they could eventually use the technology to create new therapies for a patient.