Accessibility links
Pot Smoke And Mirrors: Vaporizer Pens Hide Marijuana Use : Shots - Health News Discreet and almost odorless, vaporizer pens for pot are growing in popularity. But the devices are a nightmare for parents because they make it hard to know if kids are using marijuana. 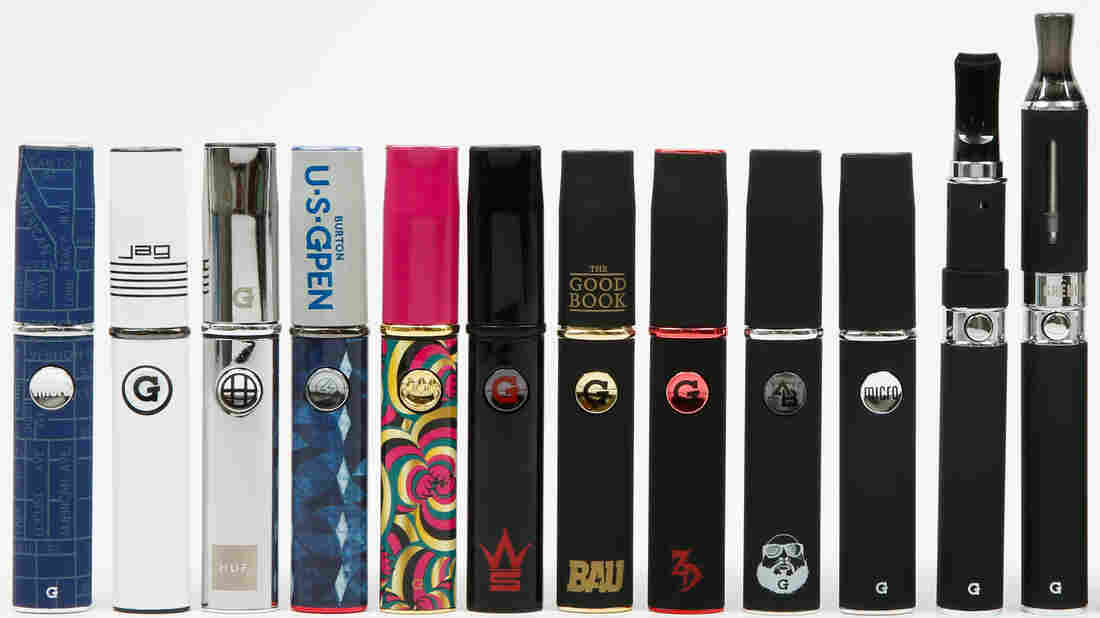 Vaporizer pens look like the e-cigarettes that dispense nicotine. But these devices are optimized for a potent marijuana resin with high concentrations of THC. Courtesy of Grenco Science hide caption 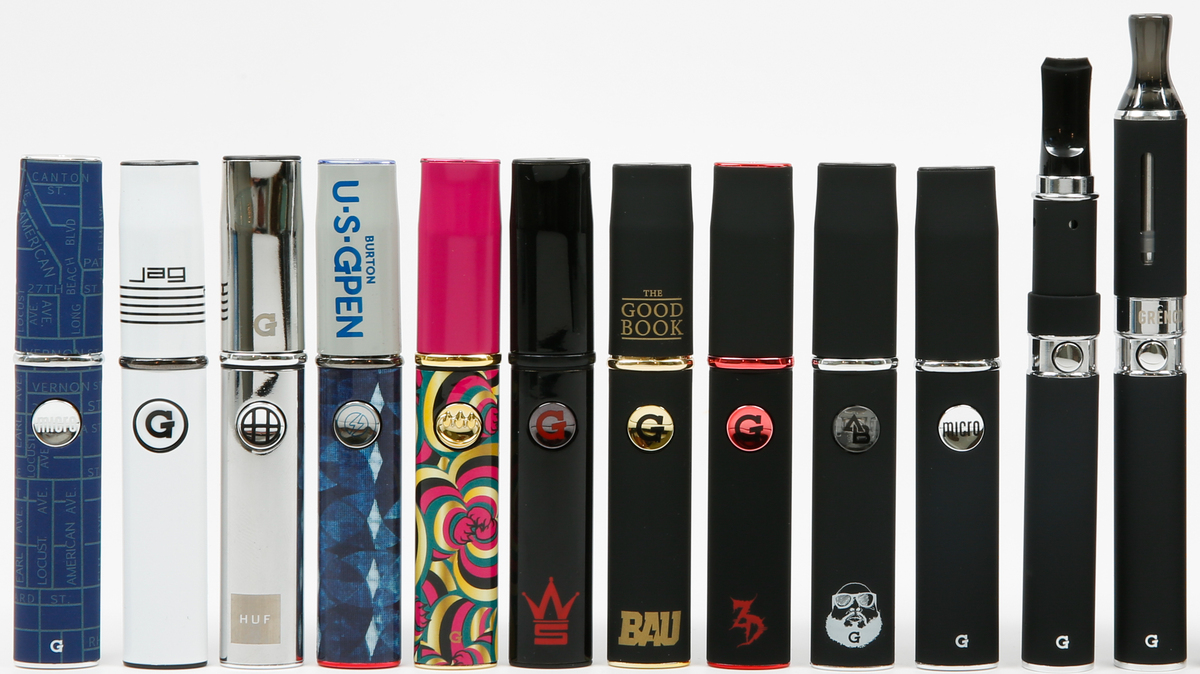 Vaporizer pens look like the e-cigarettes that dispense nicotine. But these devices are optimized for a potent marijuana resin with high concentrations of THC.

It's a sunny afternoon at Kelly's Collective, a medical marijuana dispensary in Los Angeles, and Nikki Esquibel is getting stoned. But you wouldn't know it. 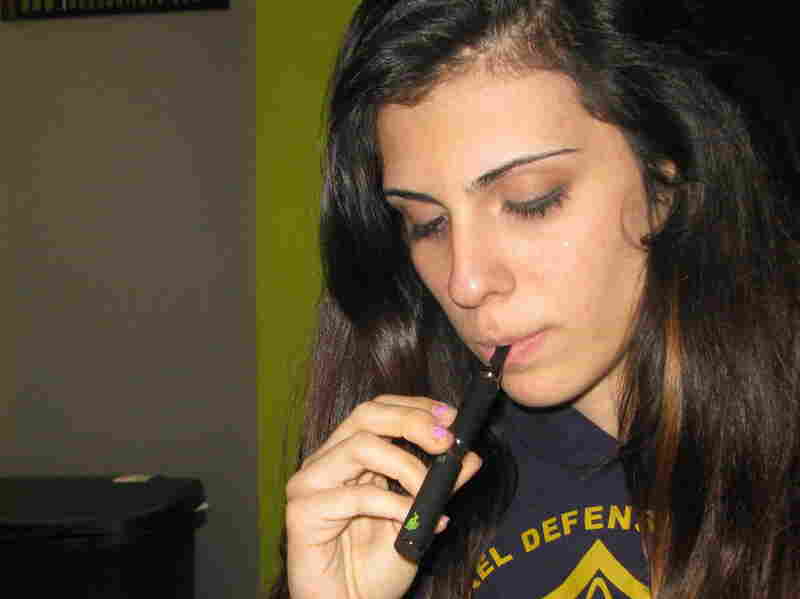 Nikki Esquibel, 19, has a medical prescription for marijuana. She uses a vaporizer pen around her neighborhood in Los Angeles. Miles Bryan/NPR hide caption

If I am running a school or a house, and I have a nose, I can tell if my kids are smoking pot. But if they're using a vape pen, forget about it.

Mark Kleiman, a public policy researcher at the University of California, Los Angeles.

The 19-year-old, who has a medical prescription for marijuana, is "smoking" pot with a handheld vaporizer, or a vape pen. It's sleek, black, and virtually indistinguishable from a high-end e-cigarette.

That's the point, says Esquibel. "I use it mostly around my neighborhood. It's easy to hide." The vapor coming from the device doesn't even have much of an odor.

Discretion, it turns out, makes for good money. While e-cigarettes have been grabbing the headlines, the vape pen industry has been quietly ballooning. And it's reshaping the business and culture of marijuana.

The latest versions of e-cigarettes contain a battery-powered heating element that vaporizes a liquid containing nicotine. Vape pens for pot use the same mechanism, but the devices are optimized to vaporize the active molecules in concentrated marijuana oils, not nicotine. And just as with e-cigs, there's no fire or smoke.

Pot users are flocking to the pens: One out of three reviews on Leafly, the Yelp of the pot world, is about vaping marijuana. 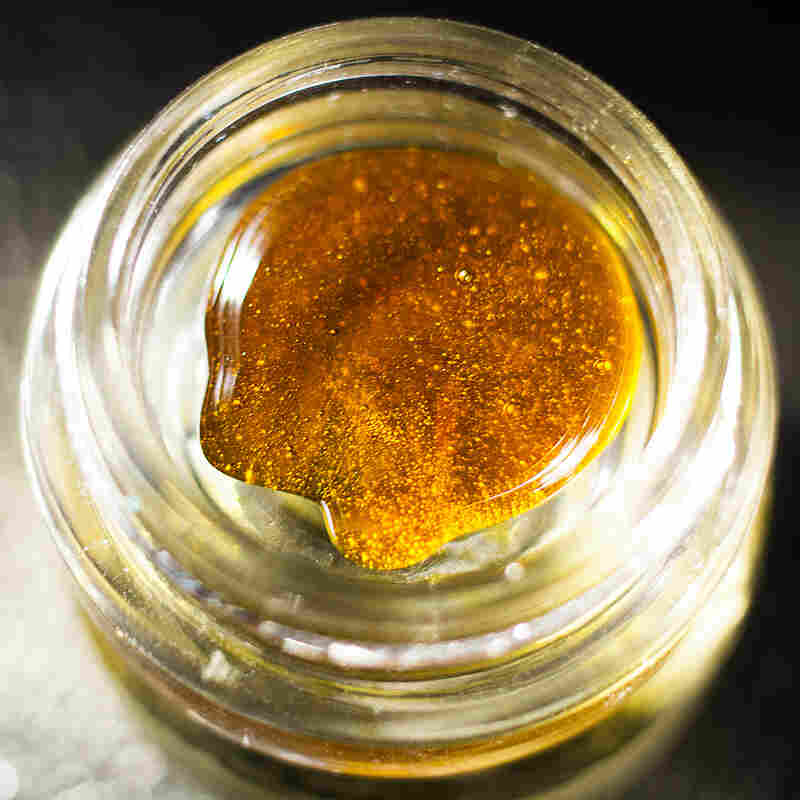 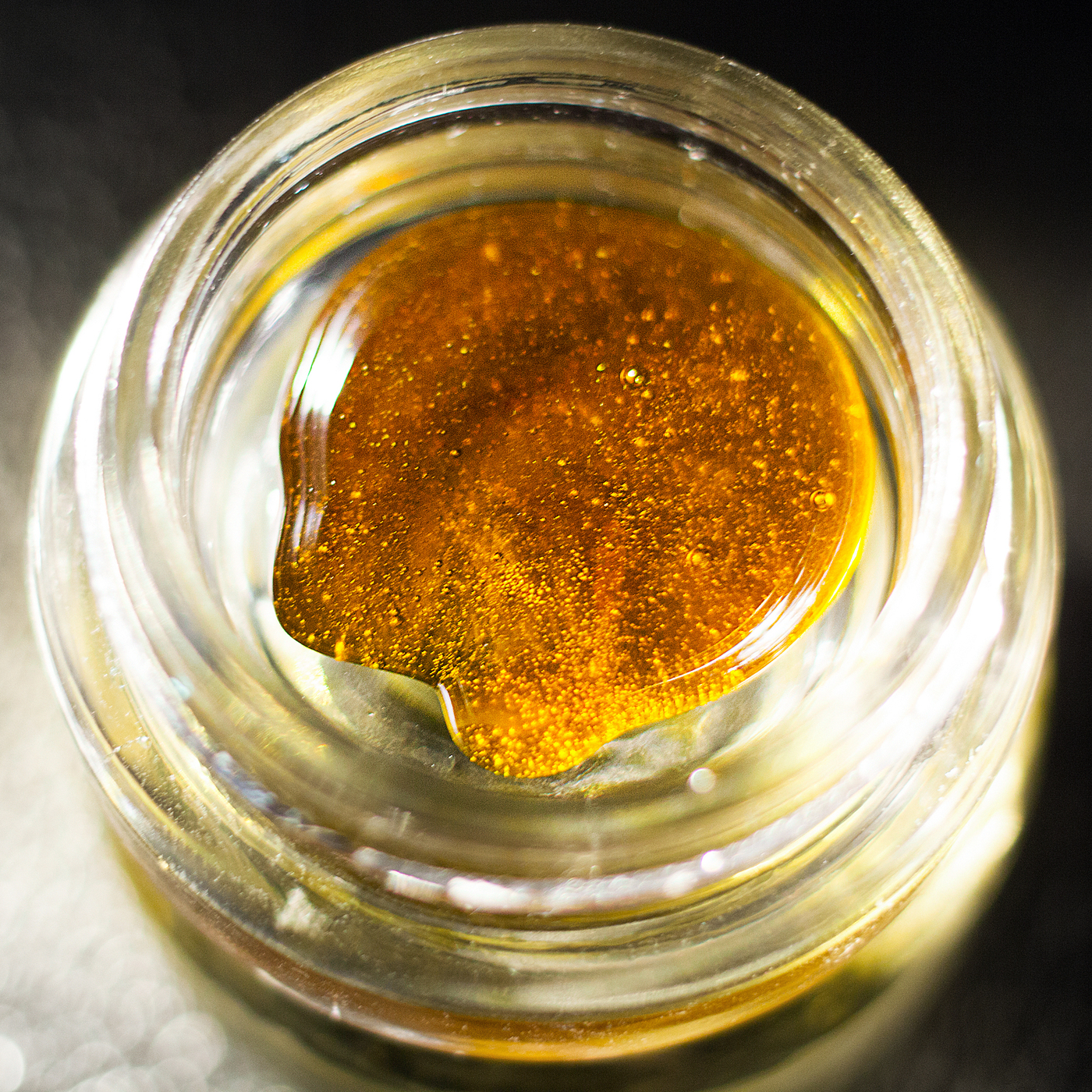 The pen doesn't carry the stigma or notoriety of a bong or joint, says Todd Mitchem, an executive at O.pen Vape, which sells its products on the West Coast and in Colorado.

"We are getting people buying vape pens who wouldn't normally come into a [marijuana] dispensary," he tells Shots. "Now, all of a sudden, they have an alternative [to smoking pot]," he adds.

Two years ago, Chris Folkerts was selling vape pens out of the trunk of his car. Today his company, Grenco Science, has 6,000 square feet of prime real estate in central Los Angeles.

"You could never get your mom to hit a bong," he says. "But your mom would potentially hit a G Pen. My mom did. My grandmother did too! And I have god-fearing Christian grandparents from the Midwest. When they tried it, I knew I was on to something."

Most vape pens don't actually vaporize the marijuana plant. They're loaded with marijuana concentrates, or "hash oil": a viscous, yellow resin chemically extracted from the plant. In many places, that extraction often occurs in somebody's kitchen — which can be explosive and dangerous.

"Between the fact that you can potentially pass out with a single inhalation, or you can have such property damage and potential bodily harm just producing it ... these [issues of the vape pen] definitely need to be addressed," he says. "This is a screaming call for regulation if there ever was one."

And what about the health effects of vaping pot compared with smoking it?

"The problem is that, right now, it's hard to tell how much [THC] you are actually getting when you take a puff of one of these things," says Mark Kleiman, who studies marijuana laws and policies at the University of California, Los Angeles. "The risk of getting wrecked is a lot higher."

And given that the output of vape pens doesn't have the telltale marijuana smell, Kleiman is also concerned about what the rising popularity of the devices means for parents and teachers.

"For them this will be a nightmare," he tells Shots. "If I am running a school or a house and I have a nose, I can tell if my kids are smoking pot. But if they're using a vape pen, forget about it."

A caption in a previous version of this story incorrectly stated that the vapor from vaporizer pens smells the same as e-cigarettes.