Accessibility links
For The Children's Sake, Put Down That Smartphone : Shots - Health News When adults are absorbed in their mobile devices, the consequences for children are not good. Research shows kids act out more if they are competing with a mobile device for their parent's attention. 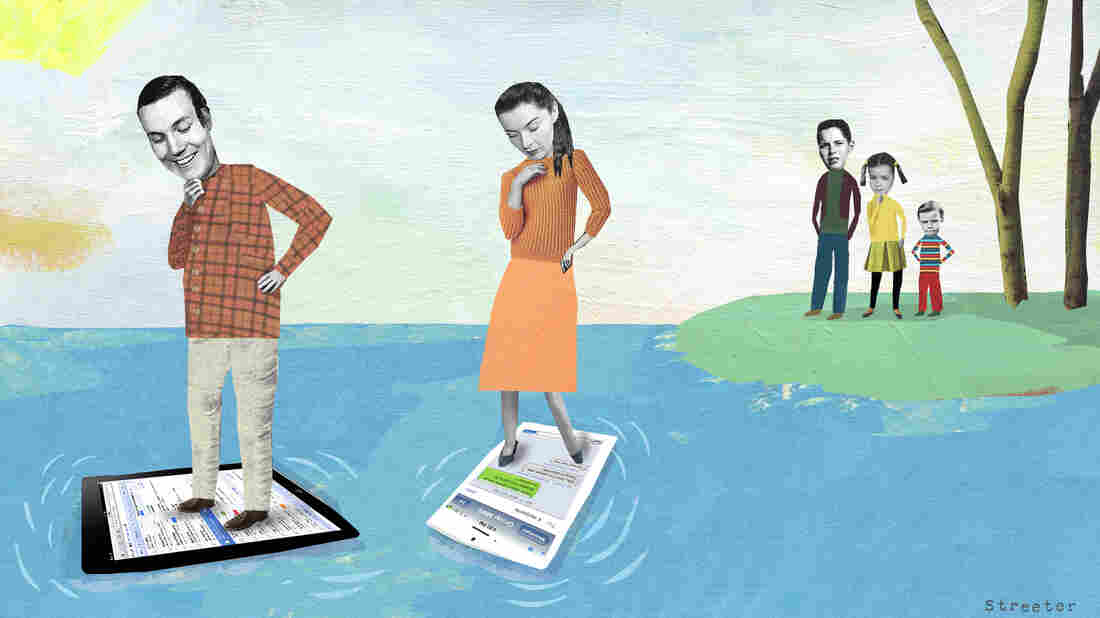 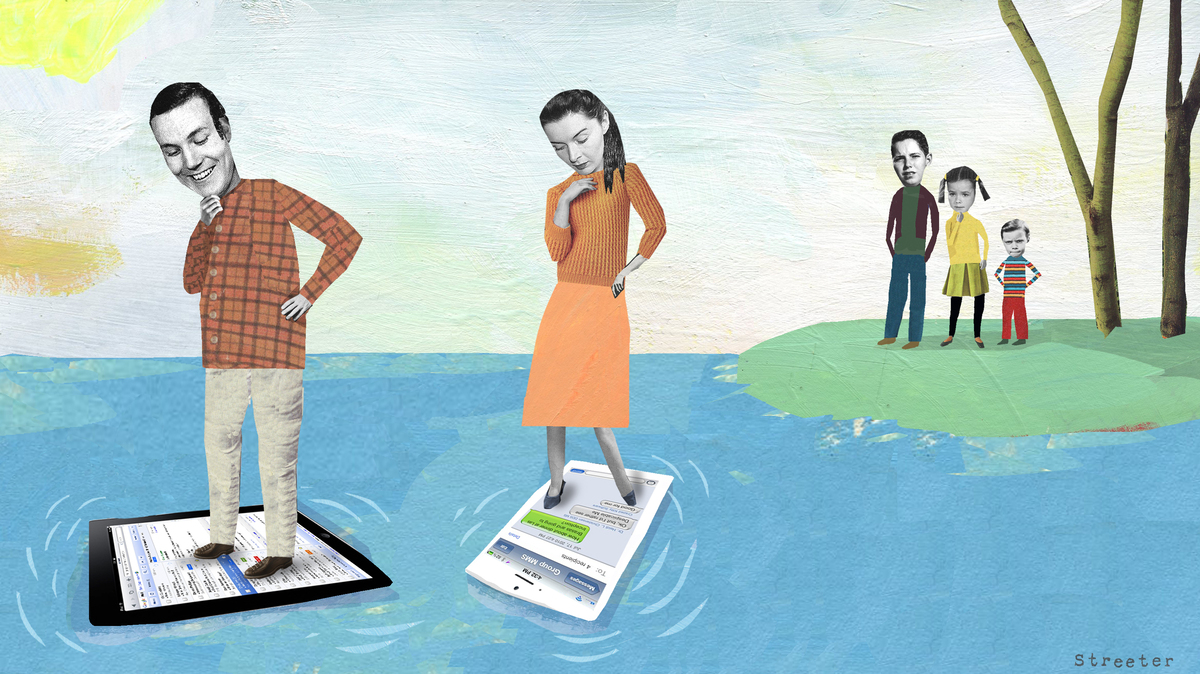 It's not just kids who are overdoing screen time. Parents are often just as guilty of spending too much time checking smartphones and e-mail — and the consequences for their children can be troubling.

Dr. Jenny Radesky is a pediatrician specializing in child development. When she worked at a clinic in a high-tech savvy Seattle neighborhood, Radesky started noticing how often parents ignored their kids in favor of a mobile device. She remembers a mother placing her phone in the stroller between herself and the baby. "The baby was making faces and smiling at the mom," Radesky says, "and the mom wasn't picking up any of it; she was just watching a YouTube video."

Radesky was so concerned she decided to study the behavior. After relocating to Boston Medical Center, she and two other researchers spent one summer observing 55 different groups of parents and young children eating at fast food restaurants. Many of the caregivers pulled out a mobile device right away, she says. "They looked at it, scrolled on it and typed for most of the meal, only putting it down intermittently."

This was not a scientific study, Radesky is quick to point out. It was more like anthropological observation, complete with detailed field notes. Forty of the 55 parents used a mobile device during the meal, and many, she says, were more absorbed in the device than in the kids.

Radesky says that's a big mistake, because face-to-face interactions are the primary way children learn. "They learn language, they learn about their own emotions, they learn how to regulate them," she says. "They learn by watching us how to have a conversation, how to read other people's facial expressions. And if that's not happening, children are missing out on important development milestones."

And, perhaps not surprisingly, when Radesky looked at the patterns in what she and the other researchers observed, she found that kids with parents who were most absorbed in their devices were more likely to act out, in an effort to get their parents' attention. She recalls one group of three boys and their father: The father was on his cellphone, and the boys were singing a song repetitively and acting silly. When the boys got too loud, the father looked up from his phone and shouted at them to stop. But that only made the boys sing louder and act sillier.

Psychologist Catherine Steiner-Adair wrote a book about parenting, called The Big Disconnect: Protecting Childhood and Family Relationships in the Digital Age. She sees lots of parents, teens and younger kids in her clinical practice in Massachusetts. The father's reaction to his three silly boys might be expected, she says, because "when you're texting or answering email, the part of your brain that is engaged is the 'to do' part, where there's also a sense of urgency to get the task accomplished, a sense of time pressure. So we're much more irritable when interrupted."

Parenting In The Age Of Apps: Is That iPad Help Or Harm?

And when parents focus on their digital world first — ahead of their children — there can be deep emotional consequences for the child, Steiner-Adair says. "We are behaving in ways that certainly tell children they don't matter, they're not interesting to us, they're not as compelling as anybody, anything, any ping that may interrupt our time with them," she says.

In research for her book, Steiner-Adair interviewed 1,000 children between the ages of 4 and 18, asking them about their parents' use of mobile devices. The language that came up over and over and over again, she says, was "sad, mad, angry and lonely." One 4-year-old called his dad's smartphone a "stupid phone." Others recalled joyfully throwing their parent's phone into the toilet, putting it in the oven or hiding it. There was one girl who said, "I feel like I'm just boring. I'm boring my dad because he will take any text, any call, anytime — even on the ski lift!"

Steiner-Adair says we don't know exactly how much these mini moments of disconnect between a parent and child affect the child in the long term. But based on the stories she hears, she suggests that parents think twice before picking up a mobile device when they're with their kids.