Accessibility links
Snoopy, Garfield And Friends Go Bald For Kids With Cancer : Shots - Health News Kids don't want to look different, especially if the reason they look different is because they've lost their hair to chemotherapy. If Hello Kitty's gone bald, too, maybe it won't feel so bad.

Snoopy, Garfield And Friends Go Bald For Kids With Cancer

Snoopy, Garfield And Friends Go Bald For Kids With Cancer

Can these cartoon pals help reduce the stigma of cancer treatment for children? Courtesy of Ogilvy Brazil hide caption

Can these cartoon pals help reduce the stigma of cancer treatment for children?

It's not easy having cancer, especially when you're a kid. And it's even harder when that bald chemo head tells the whole world that you're sick.

So Garfield, Hello Kitty and the fine-feathered cast of the movie Rio 2 are going bald, too. Cartoonists around the world are de-fuzzing their creations as part of a Brazilian project that aims to reduce the stigma of cancer treatment.

Children "have to fight the prejudice from friends, from colleagues at school and from people they see on the street," says Roberto Fernandez, executive creative officer at the ad agency Ogilvy Brazil, which launched the campaign with GRAACC, a childhood cancer nonprofit in Sao Paulo. "They start to be treated as somebody special, in a bad sense. People avoid them; friends at school bully them for being bald." 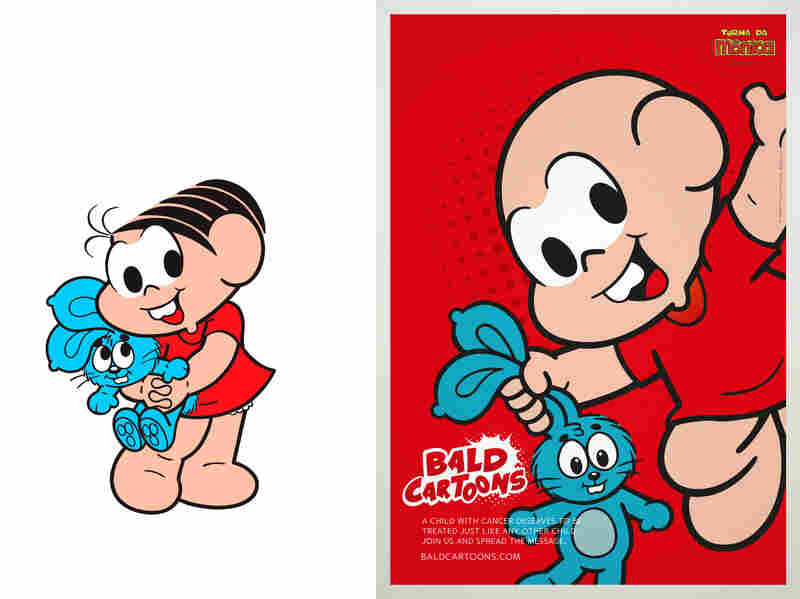 Monica from Monica's Gang, one of Brazil's most popular cartoons, got a makeover as part of the Bald Cartoons campaign. Courtesy of Ogilvy Brazil hide caption 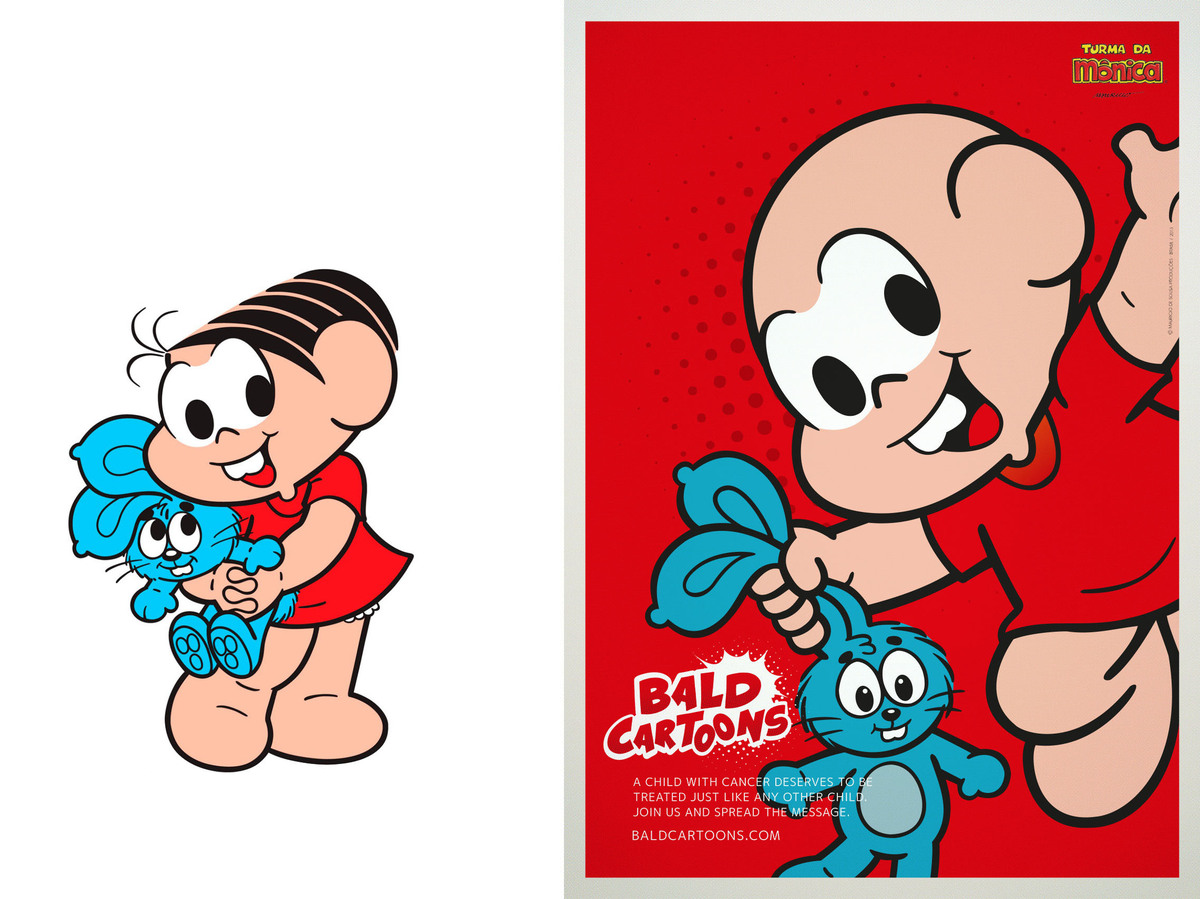 Monica from Monica's Gang, one of Brazil's most popular cartoons, got a makeover as part of the Bald Cartoons campaign.

The Bald Cartoons concept started in Brazil back in November, when characters in cartoons and comic books popular there, such as Monica's Gang, started taking a bit off the top. This month it's going international, with about 40 characters from across the globe including Garfield, Snoopy, Hello Kitty and Finn from the TV show Adventure Time.

The story lines stay the same, Fernandez tells Shots, but the characters have no hair – or fur – on their heads.

"They're bald with no explanation, just like if a kid with cancer is bald ... you don't have to bother them about the fact the he or she is bald," he says. "That's how we want to see kids. I want to see kids playing happily, no matter if they have or don't have hair."

In Brazil, the Bald Cartoons campaign became so popular it even got a Twitter shoutout from Brazilian President Dilma Rousseff.

But Fernandez is most excited about children's reactions. One patient said in a video, "I thought that if I took my hat off at school people would laugh, but now I don't feel that anymore."

"And he took off the cap," Fernandez says. "And all these friends clapped for him immediately. And that was a huge emotional moment for us."