Accessibility links
A Measles Outbreak In The Philippines Travels To The U.S. : Shots - Health News International travel is one reason why the number of measles cases in the U.S. has spiked this year. But the number of people who refuse to get their children vaccinated is a factor, too.

A Measles Outbreak In The Philippines Travels To The U.S.

A Measles Outbreak In The Philippines Travels To The U.S. 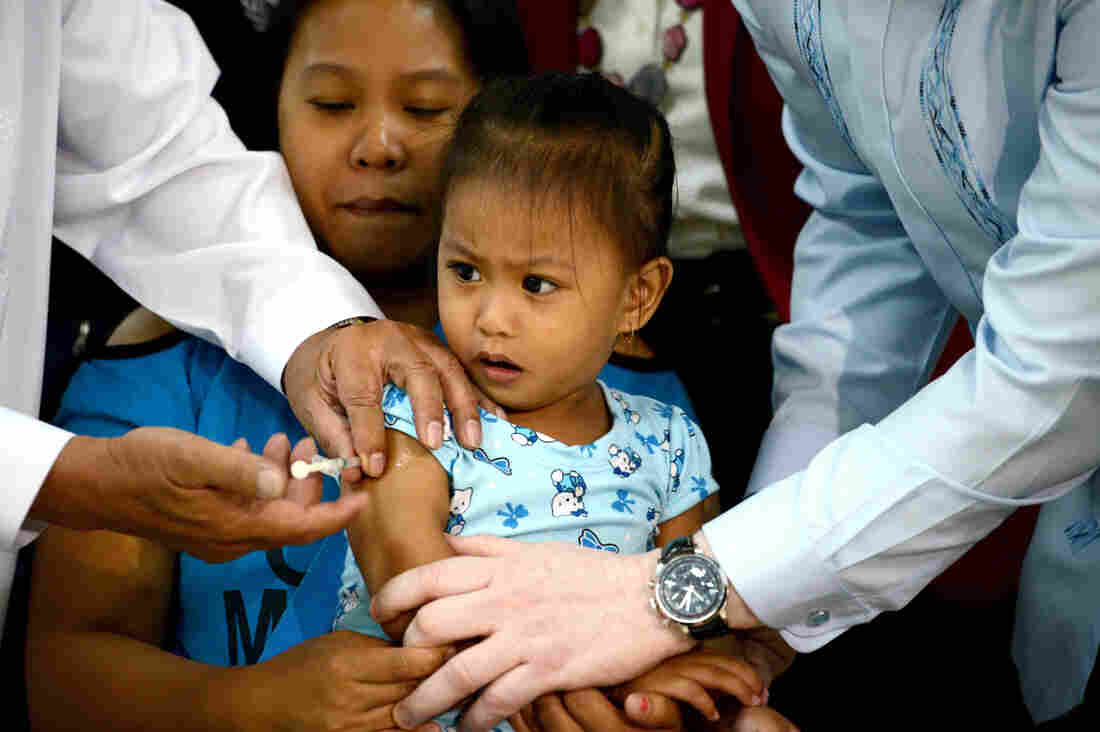 There today, here tomorrow: A mother holds her child for a measles vaccination in Manila, Philippines, in January. Travelers are bringing measles from the Philippines to the United States. Noel Celis/AFP/Getty Images hide caption 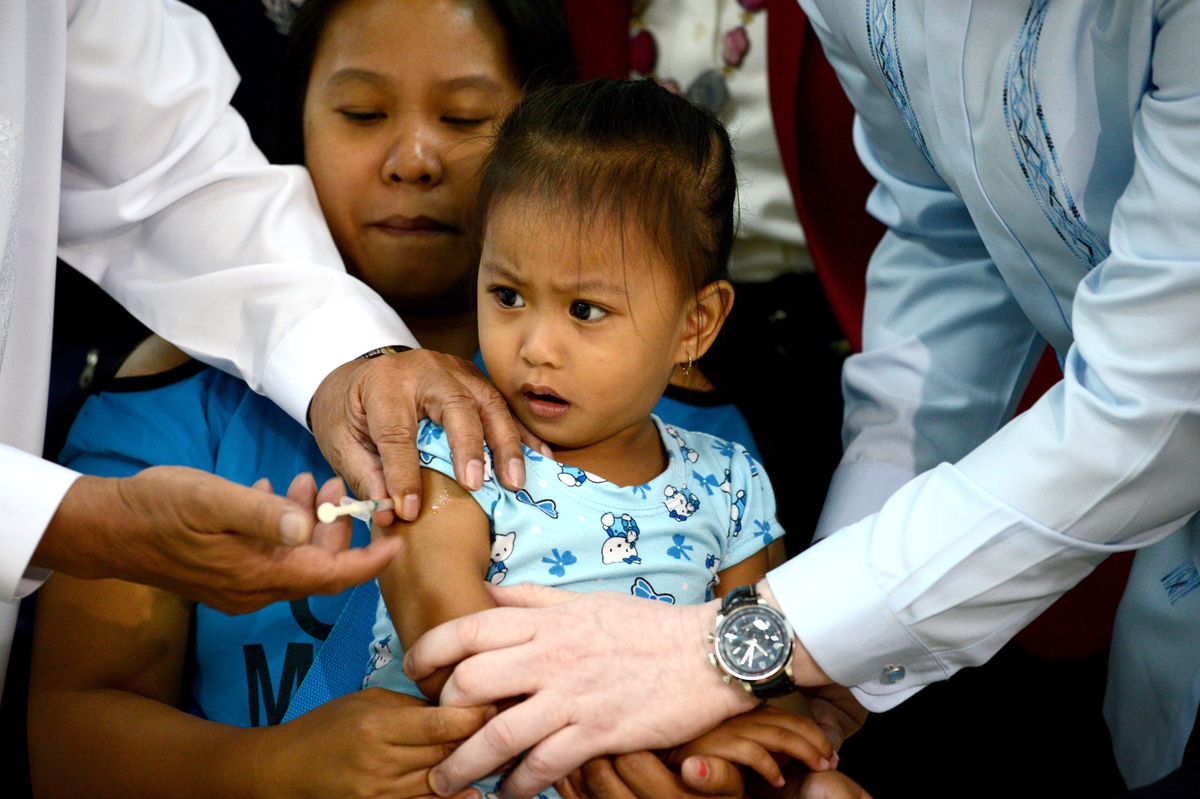 There today, here tomorrow: A mother holds her child for a measles vaccination in Manila, Philippines, in January. Travelers are bringing measles from the Philippines to the United States.

Measles cases in the United States have spiked in the past four months, driven mostly by people traveling from the Philippines, which is in the midst of an explosive outbreak of the highly contagious virus. By April 18, 129 cases have been reported, the most in that time period since 1996.

The situation is unusual enough that the federal Centers for Disease Control and Prevention Thursday warned people to get their measles shots up to date, especially if they're planning international travel.

"We're impacted by what happens globally," Dr. Anne Schuchat, an assistant surgeon general and director of the national center for immunization at CDC, told reporters.

But we're also impacted by the fact that more people are choosing not to have their children vaccinated against measles and other infectious diseases, Schuchat said. "Today's measles outbreaks are too often the result of people opting out." Eighty-four percent of the people who have gotten measles so far this year were either not vaccinated or didn't know if they had been vaccinated, according to CDC data.

California has reported the most measles cases, with 58. It's also a state that allows parents to refuse vaccinations for children due to philosophical beliefs. Other outbreaks have been reported in New York and in Washington state.

Many doctors practicing today have never seen measles, which means that the disease can be spread when a sick person shows up in an emergency room or doctor's office. That happened in 11 of these new cases, according to a report in Morbidity and Mortality Weekly Report.

So people who haven't been vaccinated should be sure to tell ambulance drivers and other health-care workers to reduce the risk of spreading the virus, which can linger in the air for hours.

Earlier this month, the Washington State Department of Health warned people who had attended a Kings of Leon concert that they had been exposed to measles by a woman who hadn't yet exhibited symptoms, which include a fever, cough and rash.

"You can be infectious four days before the visible onset of symptoms, and four days after," Schuchat said.

People considering international travel should make sure they're up to date on vaccinations, the CDC says, and infants 6 to 11 months should have at least one dose of the MMR shot that protects against measles before being taken overseas.