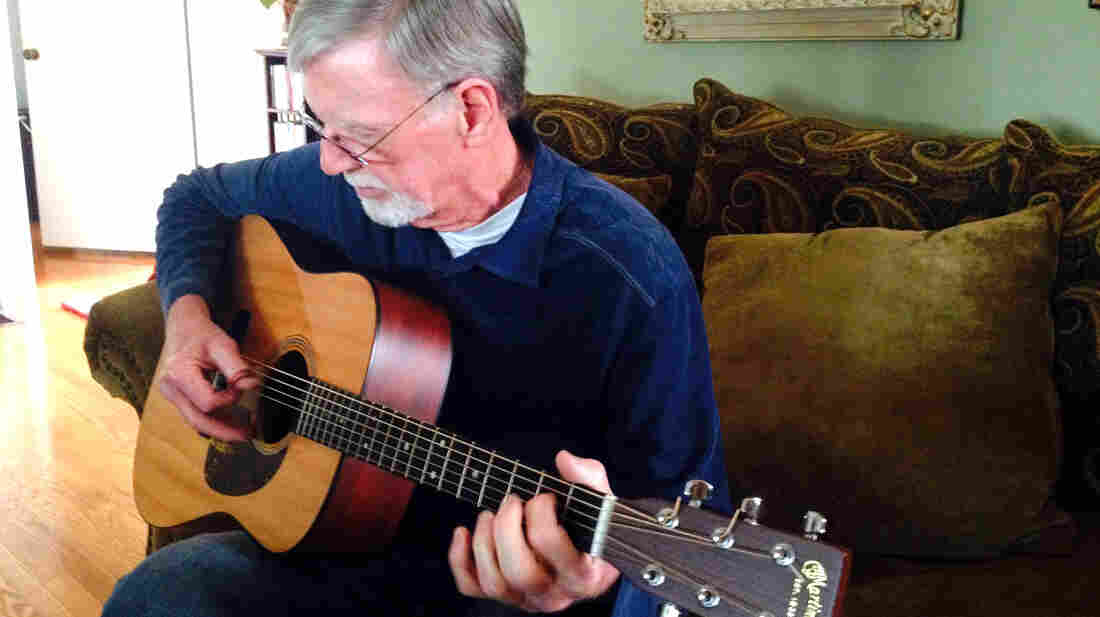 Mike Smith, of Long Beach, Calif., now pays $200 for his family's health insurance policy, compared with the $3,000 a month he would have had to pay on the individual market last year. Stephanie O'Neill for NPR hide caption

Until recently, Mike Smith, 64, of Long Beach, Calif., worked 11 hours a day, Monday through Friday and then half a day on Saturday. He was a district manager for a national auto parts chain.

He dreamed of retiring early, but it wasn't an option for him because he and his wife relied on the health insurance tied to his job.

"At our age, with some pre-existing medical conditions, it would have been very costly to buy insurance on the open market — about $3,000 a month," he says. 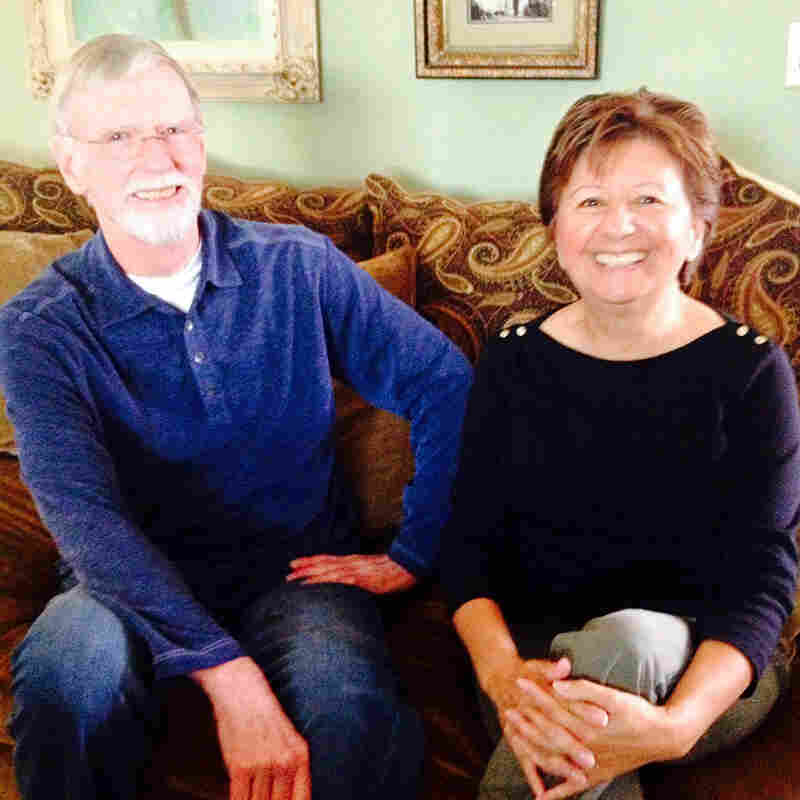 But the Affordable Care Act changed that. Smith retired in January. So did his wife, Laura, also 64.

The couple now has a private health insurance policy bought through Covered California, the state's insurance marketplace. It costs $200 a month.

The coverage helped the Smiths make a major lifestyle change. Just after noon on a recent weekday, Mike is at their Long Beach home, cooking lunch.

"We've got organic shallots, organic Brussels sprouts and organic apple cider vinegar," he says, stirring the ingredients with a wooden spoon. "I love the smell of the shallots, don't you?"

Smith says he's now also able to take care of his elderly in-laws and his 2-year-old grandchild. He gets to practice his guitar more often, too.

A recent study by Georgetown University and the Urban Institute predicts the ACA will enable up to 1.5 million Americans to leave their jobs and become self-employed, start new businesses or retire early. It's a finding that runs counter to forecasts by critics of the federal health law, who contend it will cost the nation jobs and cripple America's small-business economy.

It will take years to know how the health law will change the work landscape in a broad sense, but already the law has changed life for Rebecca Murray. 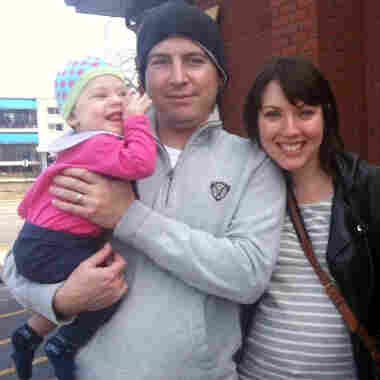 Last year, Murray says, her husband — a freelance worker in the information technology field — was diagnosed with chronic spinal arthritis. He needed good health insurance, which he received through Murray's job as a social worker in Chicago for a dialysis company. But Murray didn't like her job.

Murray and her husband are both 31, with a 20-month-old daughter and a second child on the way. Before the Affordable Care Act, they couldn't get insurance on the individual market because of his pre-existing condition.

But under the federal health law, they now qualify for a subsidized policy that will cost $535 a month for the whole family. It's not cheap, she says, but the coverage allowed her to quit her job and launch an online business to help other young women take care of sick loved ones.

"It's thrilling, it's exciting, it's kind of like taking a leap into the unknown — and I know it's a big risk," Murray says of her new venture. "But this really is allowing me to finally step into what I feel is truly satisfying for the soul." Just a year ago, she adds, "I was convinced I would be a renal social worker for the next 30-something years and just raise my kids — and hope they could live out their dreams instead."

This story is part of a partnership between NPR, KPCC and Kaiser Health News.