Accessibility links
Don't Count On Travel Insurance To Cover Mental Health : Shots - Health News People buy travel insurance so they won't lose a lot of money if they become ill and can't travel. But for most policies, "ill" doesn't include mental illness. Some travelers discover that too late. 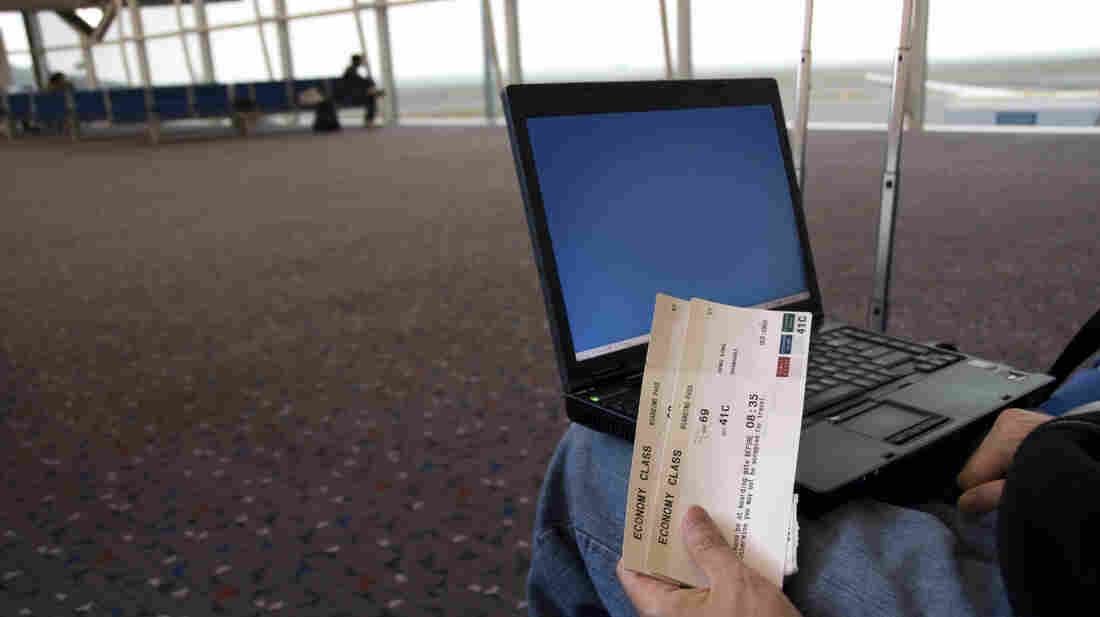 That ticket might not be worth much if you have to cancel the trip due to a mental health issue. iStockphoto hide caption

It's bad enough to be sick at home in your own bed, but so much worse when on vacation.

People often buy travel insurance so they don't lose the money they spent on airfare and hotels if they can't travel due to illness. But if that illness happens to be a mental health issue, don't expect travel insurance to cover it.

And since mental health problems are so common, that means that a lot of people may be left holding the bag.

Here's one example. Last fall, New York resident Judy Shaffer booked a tour to Sicily and Rome for herself and her husband. She bought travel insurance, too.

Then the Shaffers decided they couldn't travel because their son Evan, who is in his 30s, was going through a medication change for a diagnosed mental illness. Shaffer and her husband John were advised not to leave their son alone.

"There's no way we were going on this trip and leaving him," Shaffer said.

Shaffer put in a claim for $1,800 with the travel insurer, but the claim was denied.

Her son's psychiatrist even wrote a letter in support of her appeal, stating that he thought "it is discriminatory and possibly illegal (regarding medical parity laws) to deny travel insurance reimbursement for such a medical situation, even if the underlying disorder is a psychiatric one."

The insurer, CSA Travel Protection of San Diego, Calif., responded in a letter: "Please note that while your policy offers coverage for sickness, injury or death, it does not provide coverage for the risk of a sickness."

Shaffer never got her money back, and she's not the only person with such complaints. The National Alliance on Mental Illness has received about 10 complaints about travel insurance discrimination over the past year.

"If I fall down and break my leg I can get my money back, but if I have an anxiety attack and fall into depression, forget it," Shaffer said. "That's serious."

Shaffer has since booked a Russian cruise scheduled for this June, and between her and her travel agent they couldn't find a single company that would cover mental health issues like the one Shaffer experienced with her son.

"I was shocked," says Carla Koller, the agent who helped arrange Shaffer's cruise. "We cover for all kinds of illnesses, why not this?"

Under the Mental Health Parity Act and Affordable Care Act, health insurance companies are required to provide mental health coverage if they cover physical illnesses. But travel insurance isn't included in those laws.

"It's discriminatory, but insurance companies make their own decisions," says Mark Heyrman, a clinical professor of law at the University of Chicago Law School, who researches mental health law.

Travel insurance policies typically only cover common risks in order to keep costs down, according to Linda Kundell, a spokeswoman for the United States Travel Insurance Association. "If insurance companies take on added risk, it raises the cost of premium for consumers," she told Shots.

When deciding on travel insurance, people should consider what kinds of issues might come up while on the trip and make a list of questions to ask insurance providers, Kundell says.

"Consider what you may end up encountering and what it could cost you," she says. "Also, don't forget to shop around."

One thing to watch out for: Policies that cover physical illnesses may not include mental illness, though many of the symptoms can be physical by nature.

Travel insurance is regulated at the state level. While each state requires vendors to be licensed in the state where the insurance is being sold, their regulations and the types of policies sold vary widely.

Phone calls to state insurance regulators show just how confusing that can be for consumers:

If there's any consolation, it's that travel insurance policies also routinely exclude other common issues that can interfere with a trip, including pregnancy and job layoffs.