Accessibility links
Big Ambitions And Flawed Technology Tripped Up State Exchanges : Shots - Health News Massachusetts is the latest state that was gung-ho on health care overhaul to concede it had failed to make it easy for people to enroll. Oregon and Maryland also scrapped their online exchanges. 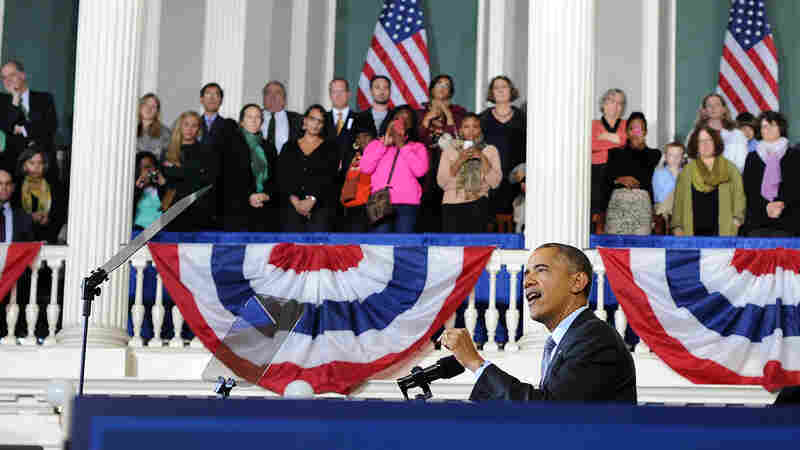 President Obama made the case for health coverage at Faneuil Hall in Boston in late October, a few weeks after enrollment opened for health insurance sold on exchanges created under the Affordable Care Act. Jewel Samad/AFP/Getty Images hide caption 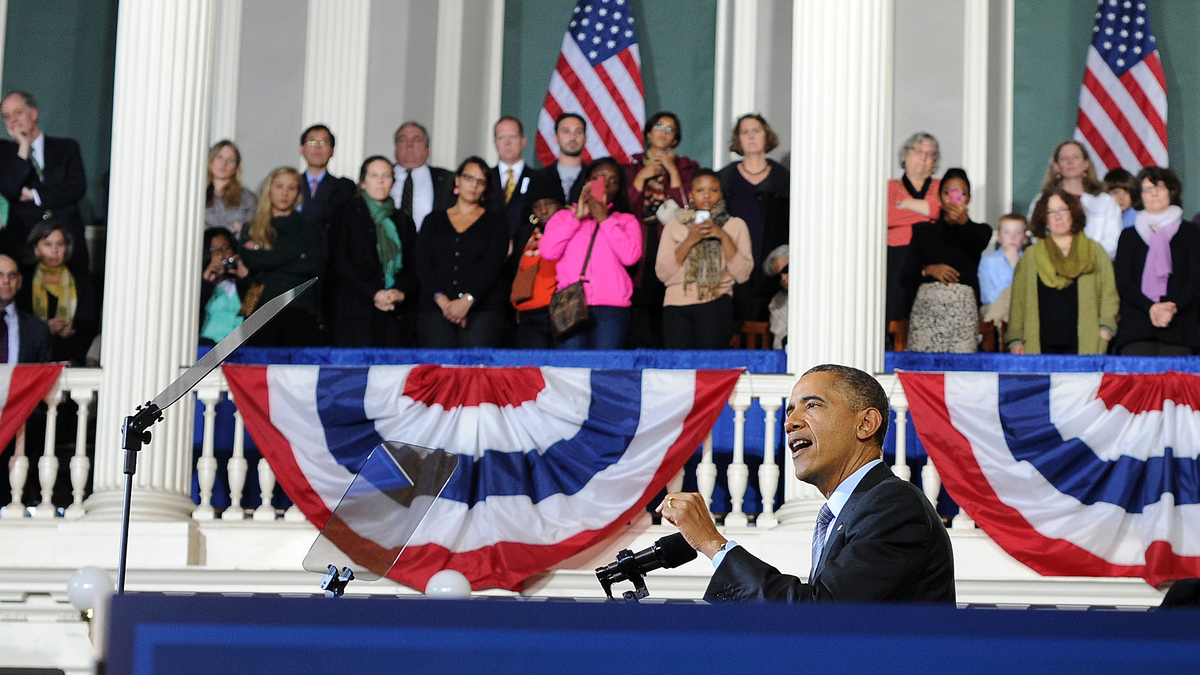 President Obama made the case for health coverage at Faneuil Hall in Boston in late October, a few weeks after enrollment opened for health insurance sold on exchanges created under the Affordable Care Act.

Among the states that looked to expand health coverage to nearly all their citizens, Massachusetts was an early front-runner.

The state passed its own health care law back in 2006 mandating near-universal insurance coverage. That law became a model for federal action. And after the Affordable Care Act went through in 2010, Massachusetts had a head start in bringing health coverage to the uninsured.

Yet Massachusetts threw in the towel Tuesday on the problem-plagued online marketplace that was supposed to make health insurance shopping a snap.

The state concluded the Massachusetts Health Connector can't be salvaged, WBUR's CommonHealth reported. So the state is looking at a two-track fix involving an off-the-shelf website making use of technology that worked in other states and HealthCare.gov, the federal site, as a backup.

Massachusetts is the latest state that was gung-ho on health overhaul to concede that it had failed to make it simple for people to enroll online. Oregon, after botching its exchange, decided to switch to HealthCare.gov. Maryland, another eager adopter of the Affordable Care Act, is turning to Connecticut to right its failed exchange.

How did these states run into such trouble? Shots asked Dan Mendelson, CEO of the consulting firm Avalere Health. "These states were all highly supportive of the act and saw the potential of the act to coordinate care for low-income people in their states," he says. But they tried to do a lot — maybe too much — given the time available and the complexity of the tasks.

Some of the states that ran into trouble tried to come up with websites that would serve people newly eligible for Medicaid as well as those looking to buy private insurance that met the standards of the Affordable Care Act.

"Then fast forward to all the failures of the federal I.T. infrastructure," Mendelson says. The state systems are interdependent with the federal one. "Look, it's hard to build a reliable I.T. platform when your partner [the federal government] is not giving and receiving data properly," he says.

Yes, some states pulled it off. California, for one, did pretty well. "They invested heavily, started earlier and had good contractors," Mendelson says of the states that succeeded at building their own exchanges.

As for the future, he expects enrollment for 2015 to go more smoothly. The federal and state exchanges will have improved quite a bit since being launched in Oct. 2013.

Still, he says, the problems that need to be solved aren't just technical. The exchanges need to do a better job telling people which doctors and hospitals are in a health plan's network — and which aren't. The plans also need to be more transparent about the particulars of drug coverage. Information about copays for brand-name drugs can make all the difference to some people choosing coverage, he says.