Accessibility links
Most Fitness Apps Don't Use Proven Motivational Techniques : Shots - Health News I downloaded the app. So why don't I feel motivated to get out there and run? Researchers say the problem is not entirely me. Many fitness apps don't use behavioral change methods that could help. 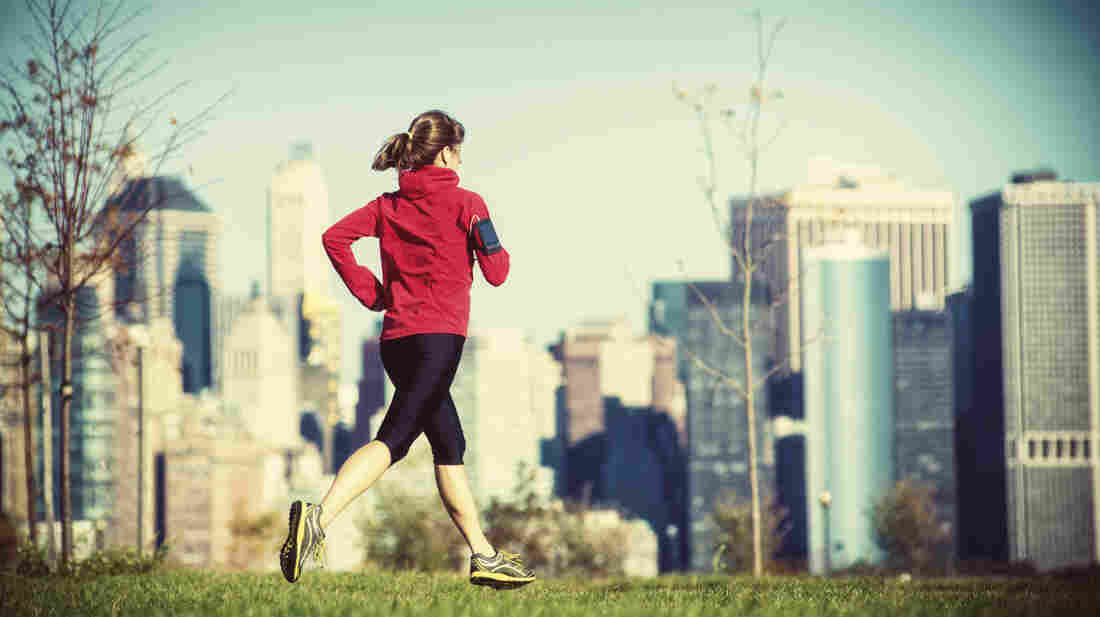 That lovely weather may be more motivating than the smartphone app. Ferran Traité Soler/iStockphoto hide caption

If you downloaded a fitness app and didn't become a workout ninja, it may be that the app lacked the scientifically tested motivational techniques that would help get you off the couch.

Instead, most popular fitness apps focus more on teaching you how to do the exercise, according to researchers at Penn State University who analyzed the 200 top apps.

"You need motivational support to turn that knowledge into action," says David Conroy, a kinesiology professor at Penn State who led the study, which was published Tuesday in the American Journal of Preventive Medicine.

And that's where most of the 200 apps examined fell flat.

Slightly more than half of the apps offered at least a few recognized motivational techniques — mostly feedback on performance, goal-setting and planning social support. The other 46 percent focused on the how-tos.

And just 10 of the 200 apps prompted rewards contingent on progress toward a behavior, which sounds like a no-brainer. Who doesn't love even the promise of a reward?

Lots of us here at NPR love our Fitbits or running apps; I'm fond of those little voices that chirp out how far I've run. But data alone aren't really enough, Conroy says.

"One of the big challenges we're having as a field now is how to make that data useful," he tells Shots. "We're drowning in data points without really capitalizing on them to change behavior more effectively."

In this study, Conroy's crew combed through documentation for the apps in app stores and on websites; they didn't actually use the apps. (Another study just wrapping up did that.) They then took a widely used taxonomy of behavioral change techniques and tallied them up for each app.

"After a few weeks you find it easier to say, 'I'll skip it today to work on this project,' " Conroy says. "Those little lapses build, and you're back where you started. So many people in this country have trouble maintaining a regular schedule of physical activity, myself included.

"I think one of the big reasons is that we've been giving people incomplete advice on how to do it," he says.

There's little incentive for app developers to use behavioral science, Conroy says, because their metric for success is downloads, not how often you exercise or if you're making progress toward your goal. "Most marketers don't wait for the science before they sell. There's opportunity."