Accessibility links
Faith Drives A Father To Create A Test For Childhood Cancer : Shots - Health News Noah Shaw was diagnosed with a potentially fatal cancer when he was just 4 months old. That didn't shake his father's faith in God. But it did drive him to try to invent an early cancer test. 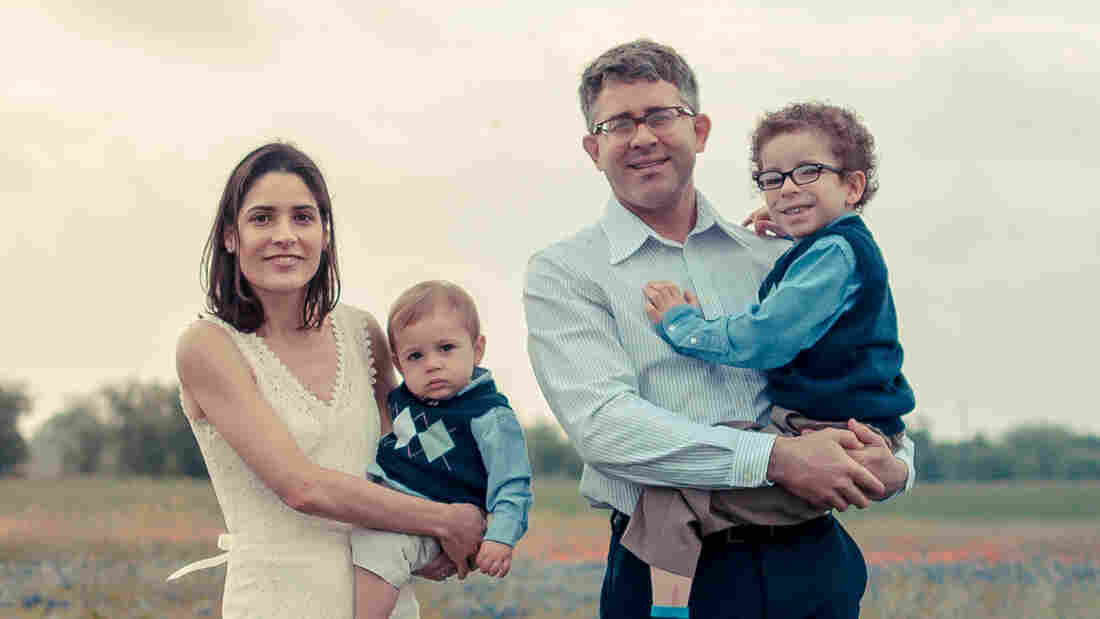 Elizabeth, Samuel, Bryan and Noah Shaw amid Texas bluebonnets on Easter Sunday. Samuel was conceived with in vitro fertilization so he would not suffer from the hereditary cancer that afflicted Noah. Courtesy of Elizabeth Shaw hide caption 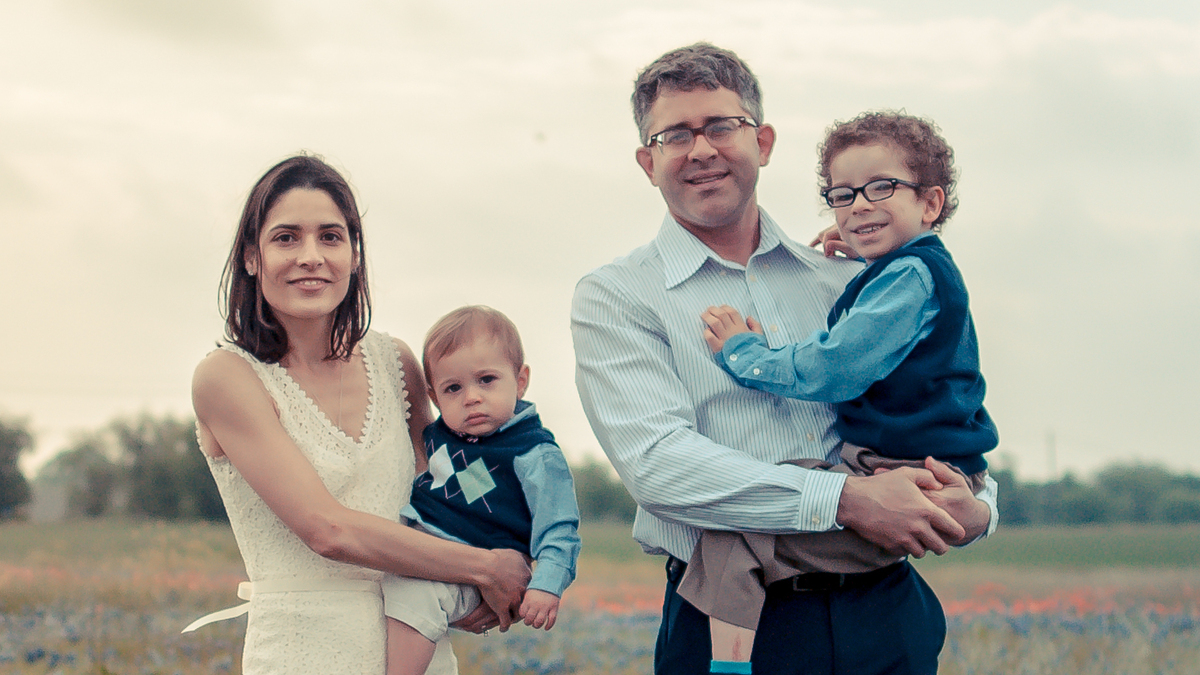 Elizabeth, Samuel, Bryan and Noah Shaw amid Texas bluebonnets on Easter Sunday. Samuel was conceived with in vitro fertilization so he would not suffer from the hereditary cancer that afflicted Noah.

When Bryan and Elizabeth Shaw learned that their son Noah had a potentially deadly eye cancer, like a lot of people, they turned to their religious faith to help sustain them. But faith is also impelling Bryan Shaw to create software to detect eye cancer in children as soon after birth as possible.

The Shaws are Christians, and their faith is extremely important to them. When they were at their bleakest, "Bryan would pull out the Psalms and say, 'This is how King David suffered in the Psalms, and we're going through this," says Elizabeth. "This is God's plan for our family, and we just have to walk through it and trust in God."

But their passionate faith in God was also a source of concern for Bryan Shaw. "What causes people's faith to be damaged," he told me, "is when bad things happen to them and they think, 'Oh, there can't be a God, because if there was, he wouldn't have done this bad thing to me.' "

There's no doubt that a bad thing happened to Shaw's family. At 4 months of age, Noah was diagnosed with a rare form of eye cancer called retinoblastoma. Children with the disease form tumors at the back of their eyeballs. Children like Noah with the inherited form of retinoblastoma start to form tumors before they're even born.

But he worried that Noah might have trouble understanding that. "When he gets older and he can think for himself, I don't want him to get mad at God, or stop believing that there is a God," Bryan says. So he was determined to find ways to prevent that from happening. He hopes the early detection software will do the trick.

The technique has shown that it is possible to detect the signs of retinoblastoma as early as 12 days after birth. Bryan hopes to prove that such early detection will mean fewer children will lose an eye to the disease, as Noah did.

The Shaws were determined not to let another one of their children suffer from retinoblastoma. So to prevent that, they chose to have a second child using in vitro fertilization. That way they could screen the resulting embryos and only implant the ones that did not carry the damaged copy of the RB1 gene.

Some Christians are uncomfortable with this because it can mean discarding viable embryos. The Shaws continue to struggle with this dilemma, too, but favor the belief that God gave them a tool to prevent retinoblastoma.

In any event, baby Samuel won't face the health problems that afflicted his older brother.