Accessibility links
Mental Health 101: Program Helps Police Intervene In Crises : Shots - Health News The intersection of law enforcement and mental health has been an issue in Connecticut since the Newtown shootings. One city is training its officers to better decipher delicate situations. 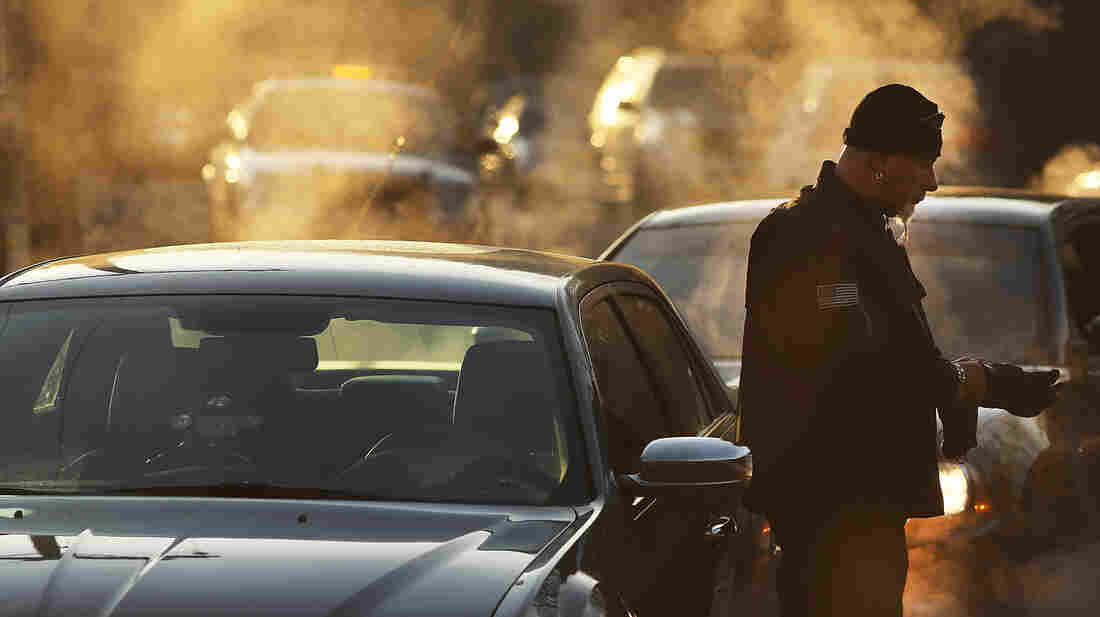 Lance Newkirchen, a regular patrol officer in the town of Fairfield, is also specifically trained to respond to mental health calls. On a recent weekday, he headed out in his patrol car for a follow-up call.

"We're going to go meet with a father whose 21-year-old son — two days [ago], at 3 o'clock in the morning — through his depressive disorder, was having suicidal thoughts," Newkirchen explains.

A Push For Colleges To Prioritize Mental Health

Fairfield has 107 officers, and 18 are trained like Newkirchen. They're part of what's called a Crisis Intervention Team, a program that Fairfield implemented about three years ago. The department's target is to train 20 percent of its force. The Fairfield team is one of about 2,700 nationwide — a fraction of the 18,000 state and local law enforcement jurisdictions in the country.

It's the kind of information that makes it easier for cops like Newkirchen to do their jobs. There are many such details, Newkirchen says, that if gathered in a first visit, can later give an officer responding to an emergency call, "as he's walking up the front walk, 90 percent of the information he needs to be effective." 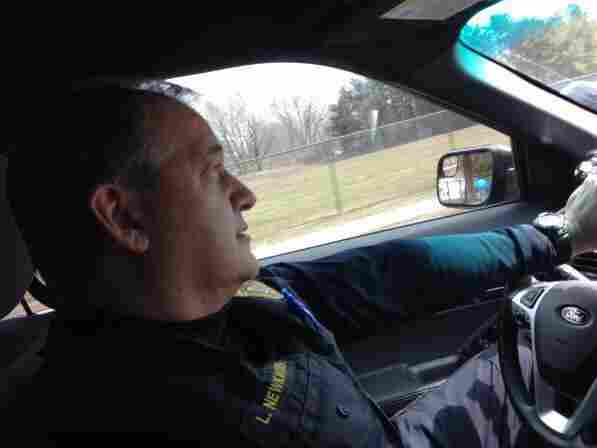 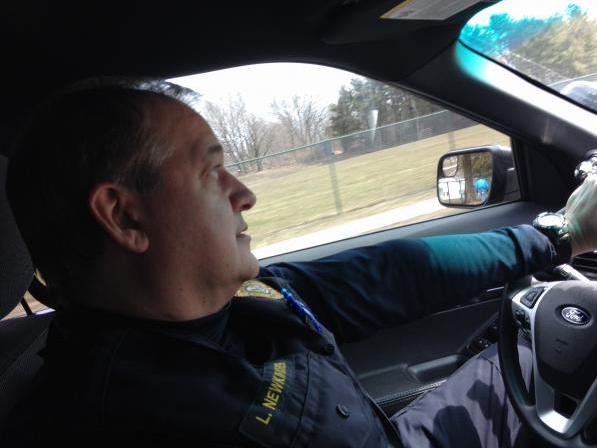 Officer Lance Newkirchen has specialized training to deal with calls involving somebody with a mental illness.

Inside, Newkirchen talked through a brochure of services — people and agencies that can help the family out if needed. And he went through a two-page list of questions about the son's diagnosis.

Newkirchen says doing this job means being a good listener. But it doesn't mean being soft or forgetting police tactics. It just means adding to them a few more skills.

It's incredibly difficult to get someone who believes they have an assignment from the FBI to really admit that they don't, and [that] they do need help, and it's time to go and talk to somebody at the hospital. So that's the skill set.

It's easy to interview "the person who just stole four tires from BJ's" and get that person to admit what's going on, Newkirchen says. But "it's incredibly difficult to get someone who believes they have an assignment from the FBI to really admit that they don't, and [that] they do need help, and it's time to go and talk to somebody at the hospital. So that's the skill set."

A few weeks ago, Newkirchen and 50 or so officers from across the state gathered for the first day of a five-day Crisis Intervention Team seminar. Such workshops touch on everything from making suicide assessments to talking to people on the autism spectrum. They also discuss forging partnerships with community mental health providers and understanding de-escalation techniques.

"The characteristic of your work that sets you apart from every other professional is that you never know what you're walking into," says Madelon Baranoski, of Yale School of Medicine's Law and Psychiatry division. Baranoski's first goal is to give the officers she trains an understanding of various types of behavioral health issues. Psychotic illnesses, for instance, are the ones that make a person unable to tell the difference between thought and reality.

To illustrate, she confesses something many people feel when giving a public talk — she's nervous, and worried about how people will react. But she knows those are her thoughts, and no one else's.

"As long as I know I'm thinking it, I have a choice on how to change my behavior," Baranoski says. "But if I were mentally ill — particularly if I had a mental illness that interfered with what we call reality testing — I think, 'Because you're staring at me, you're thinking I'm stupid.' "

This training is an eye-opener for third-year officer John McGrath.

Newkirchen says that the training these officers are getting is extremely practical. He probably gets two or three calls related to mental health in an eight-hour shift. He says not all calls go as well as the visit with the family of the man who was suicidal, but a lot of them do.

"I would say 50 percent of the time, [the calls we get] are calls like this — where we are making, I think, a huge difference. We won't be back, and that family has a very different sense of what we do as police officers."

Late Wednesday night, Connecticut lawmakers passed a bill ensuring that all police in the state can get some kind of training like Newkirchen's.

This story is part of a reporting partnership with NPR, WNPR and Kaiser Health News.