Accessibility links
Addicted And Pregnant: 'The Most Heart-Wrenching Experience Of My Life' : Shots - Health News After I got pregnant, I did my best to do what a pregnant woman is supposed to do. I was able to refrain from drug use, but I never stayed away from alcohol for long. 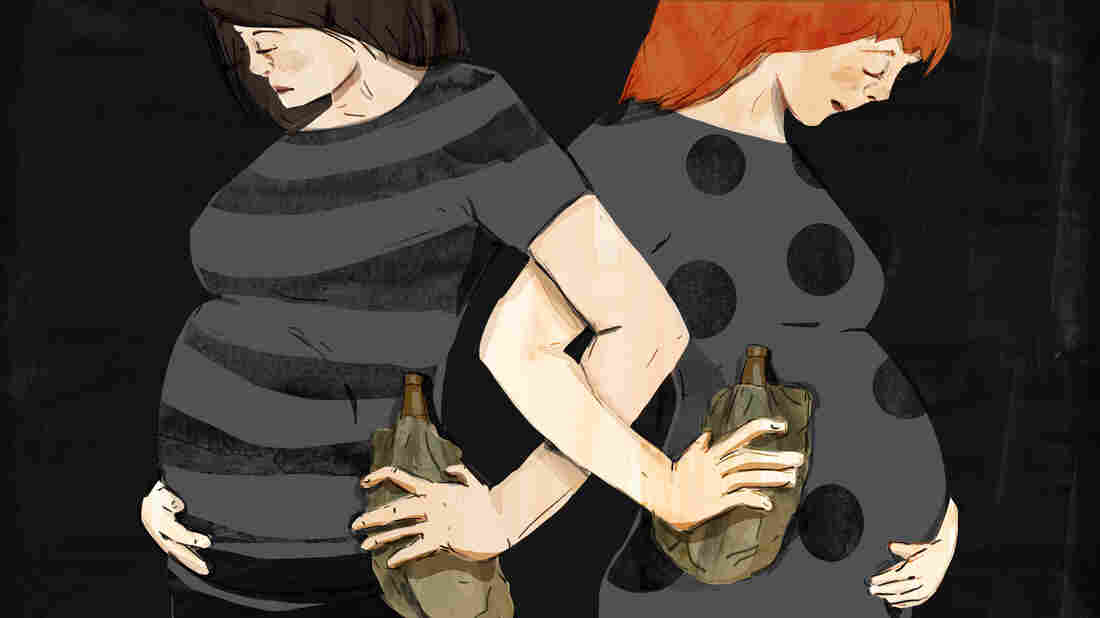 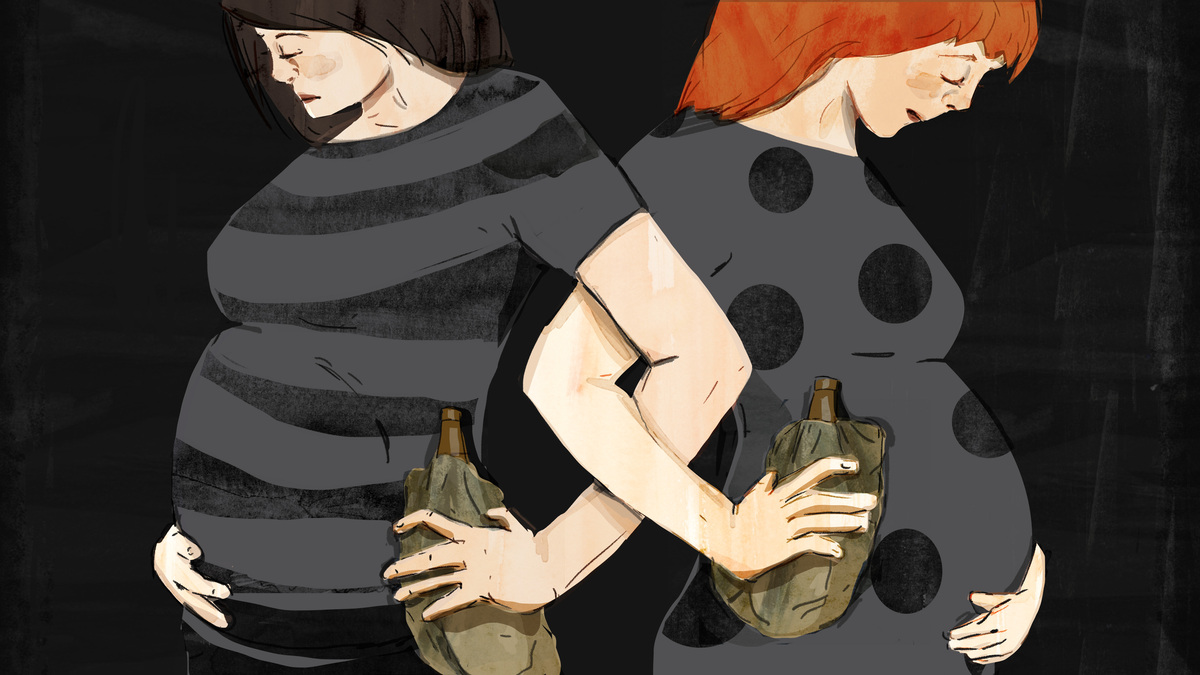 I bought my first and only pregnancy test when I was 26.

At the time, I had been doing a lot of meth. I was fortunate if I remembered to eat one meal a day. Refilling my birth-control prescription had become just another missed detail in a life that had ceased to have much meaning for me.

I was an addict, and I was staring at two very bright pink lines on a stick.

I showed the test to my boyfriend. "What are we going to do?" I asked. He replied, "Have a baby, I guess."

He wanted to see the pregnancy through. I was much less certain about motherhood. How would the pregnancy affect my drug and alcohol use? I don't recall ever feeling as vulnerable and afraid as I did then.

I started drinking at age 14. Alcohol transformed me into a confident, funny and brave person. It shattered the awkward and shy shell in which I felt trapped. I found a group of new friends. I began to smoke pot and skip school. Boys seemed to find the new me far more desirable, too.

After I moved into adulthood, I became a bartender. Customers would put small packets of cocaine and meth in my tip jar, and I'd step into the beer cooler to inhale my reward.

I did everything to excess. My habits created a revolving door of friends, jobs and living arrangements. My relationship with my family was strained. I was arrested several times, yet I never considered changing my behavior.

But after I got pregnant, I did my best to do what a pregnant woman is supposed to do. I went to my prenatal appointments. I took my vitamins. I decorated a nursery.

Inside, I was terrified. I had never before tried to quit using. Being a pregnant addict was the most heart-wrenching experience of my life.

I tried to stay sober, but I couldn't live completely clean. I was able to refrain from drug use, but I never stayed away from alcohol for long. I have memories of trying to disguise my pregnant stomach when entering liquor stores, only to return home, drink alone and cry by myself. I talked to the baby inside of me, apologizing for my shortcomings.

I felt some comfort when my best friend, Mallory, became pregnant too. She told me that if I could do it, she could do it. I was thankful to have someone going through this with me. We would get drunk and justify our behavior to one another.

Then I would wake up hungover, gripped by guilt and self-loathing, but those feelings weren't enough to keep me sober.

Despite it all, I gave birth to a healthy daughter. She was beautiful. She had 10 fingers and 10 toes. I cried tears of joy and relief.

But I knew that I would continue using as soon as I could. I bottle-fed my daughter because breast-feeding just wasn't an option. I balanced my habits with parenthood as well as I could.

One night while drunk, I fell off of a porch, breaking my wrist and ankle. Our young family had to move into a relative's house while I healed. I lost my job as an administrative assistant. I couldn't even change my daughter's diapers.

The years passed but the drama didn't. I kept having to pick up the pieces of my toxic existence. As my daughter grew older, I did my best to maintain appearances, give her a good life and keep my addiction from affecting her.

To get sober, I had to abandon my old life. My daughter's father and I split up. I had to stay away from every single friend I had. While I was making new and meaningful relationships in recovery, I still missed my friend Mallory.

I left messages telling her about my sobriety. She never called back.

My new, sober life took me places I never imagined. I discovered I had a voice that I could use to help others. I began to work for women's rights, lobbying across the state of Kansas. I went back to school and earned a master's degree in public administration.

One day, while speaking at a university, I spotted Mallory in the audience. After the talk, I walked over and asked how she was. She was sober.

We got together later and shared stories of loss, pain and devastation. She had racked up multiple DUIs and a felony record. Her legal problems caused her to be separated from her son.

She was close to graduating with a degree in social work and was working at a women's addiction treatment center. She was looking forward to her son's return.

I had deeply mourned the loss of her friendship, and felt pure joy as she shared her success and her own journey out of using.

Our kids are now freshmen in high school. They will soon be facing decisions about whether to use alcohol and drugs.

Despite 11 years of sobriety, I worry addiction's hereditary nature will affect my daughter. At the same time, by being honest with her, I think my story may help teach her that addiction can destroy our bodies, our relationships, our careers and so much more.

Addication is a spirit-crushing disease that favors no class or intellect, and escape is a matter of life and death. While some recover and thrive, others struggle and die, seemingly through no fault of their own. This is the stark reality that my daughter needs to know — no matter how painful it is for me to tell her.

This occasional series is imagined and edited by NPR editor Laurel Dalrymple. You can follow her on Facebook at facebook.com/laurelmdalrymple