Accessibility links
Medicare Won't Always Pay For Boomers' Pricey Hepatitis C Drugs : Shots - Health News As many as 5 million Americans have hepatitis C, and new drugs can cure almost all of them. But patients worry they won't get these expensive treatments in time. 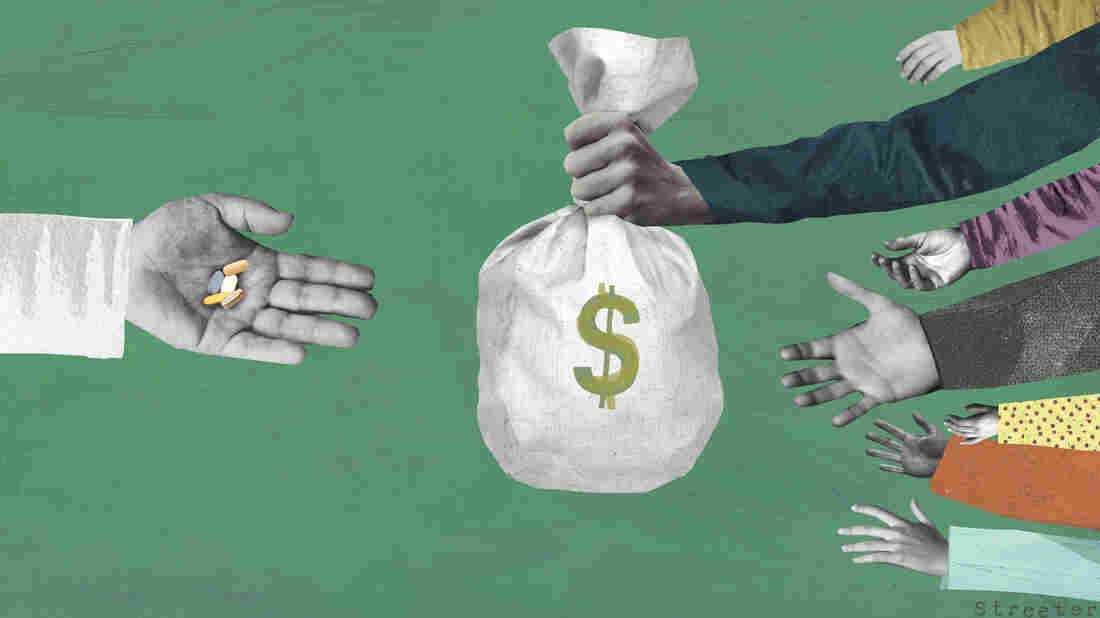 New hepatitis C drugs can cost as much as $1,000 per pill. Katherine Streeter for NPR hide caption

Walter Bianco has had hepatitis C for decades. He's known about it for 20 years. And now he's reaching the end of the road.

"The liver is at the stage next to becoming cirrhotic," the 65-year-old Arizona man says.

That means he's approaching the end stage of hepatitis C infection. Cirrhosis is a precursor of liver failure, which requires a transplant. And it can lead to liver cancer.

More and more baby boomers like Bianco are approaching this stage of chronic hepatitis C infection. Researchers estimate that 3 to 5 million Americans have the insidious virus. 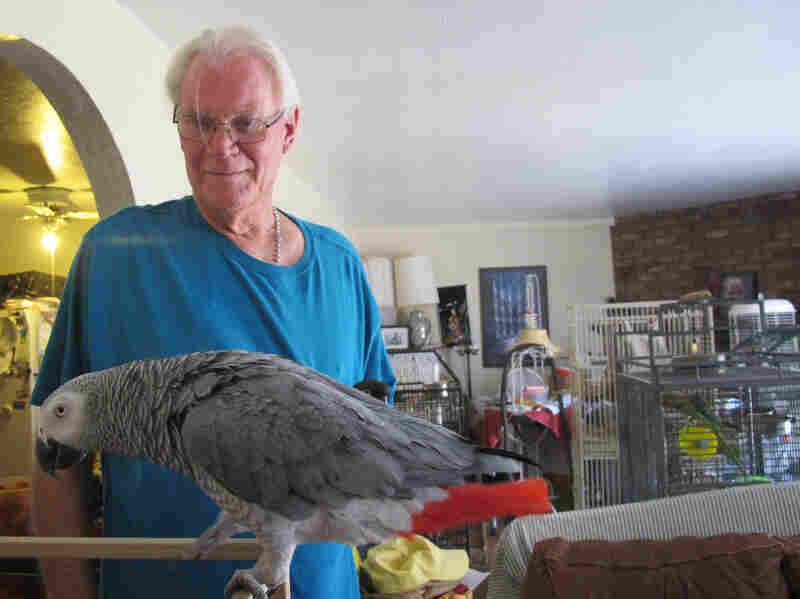 Walter Bianco has had hepatitis C for 40 years. He's approaching the end stage of the disease. Alexandra Olgin hide caption

Many, like Bianco, got it from injecting illegal drugs in their youth. (He says he's been drug- and alcohol-free for 32 years.) Some got it from transfusions before 1992, a period when blood wasn't screened for the virus. Some got infected from sharing razors or toothbrushes, or from contaminated needles used for tattoos or hospital equipment. Some got it from sexual transmission.

Whatever the source of infection, Bianco's ominous situation is increasingly common.

"There isn't a day that goes by where I don't have a story very similar to Mr. Bianco's," says Dr. Hugo Vargas of Mayo Clinic in Scottsdale, Ariz., Bianco's liver specialist.

Vargas has been trying for two years to stave off the deadly complications of Bianco's infection. So far, nothing has worked.

But there's a very good chance that Bianco can be cured of his hepatitis C. Potent new drugs can clear the virus from his body for good.

"People are ecstatic," Vargas says. "It really is amazing to be seeing what's happening."

These new drugs are curing more than 90 percent of patients — virtually 100 percent in some recent studies. Just a few years ago, cure rates were 50 percent or less.

But there's a big problem: the cost.

One of the new drugs, called sofosbuvir (brand name Sovaldi), costs $1,000 per pill.

But Medicare won't pay for the drugs that Vargas says Bianco needs.

Medicare officials wouldn't comment on coverage of new hepatitis C drugs. A spokesman says the federal program turns such decisions over to private insurers that administer its drug plan.

One of those private insurers has twice rejected Vargas' prescription because the Food and Drug Administration hasn't approved use of the two drugs in combination. (Last week, Olysio's maker asked the FDA for approval of the regimen.)

Together the two drugs would cost around $150,000 — far more than Bianco can afford.

"It is a lot of money, and there are a lot of hep C sufferers out there," Bianco says. "I think the Medicare were probably thinking that if we can hold off for a year or two, some of these following drugs will be cheaper."

But Vargas says Bianco, like many others with end-stage liver disease, may not have that long to wait.

"If he were my father," the Mayo specialist says, "I would want Mr. Bianco to be treated now — not in a year, not in a year and a half."

Update 3:05 pm: A spokesman for the Centers for Medicare and Medicaid Services called NPR to report that the agency is "looking into" Walter Bianco's case. "The policy is trying to catch up with reality," the CMS spokesman said, asking not to be identified by name. "It has been a slow process. We want to try to be helpful as much as we can to get beneficiaries the drugs that they need."

It's not yet clear how insurers and government programs will cope with the problem. The Department of Veterans Affairs and expert panels recently recommended reserving the new drug regimens for patients awaiting liver transplants, and others with the most advanced liver disease.

But consumer advocates cringe at the idea that patients may have to wait for a cure until their livers have suffered irreversible damage. For one thing, once a patient has cirrhosis he will have to be monitored for liver cancer every six months for the rest of his life.

"If I had a chronic infectious disease that could lead to advanced liver disease and complications, I'd want to be treated," says Ryan Clary of the National Viral Hepatitis Roundtable, an advocacy group. "The news is the cure is here. We need to get people into treatment."

But those asked to pay the bill for treatment are expressing alarm at the hundreds of billions of dollars that hepatitis C drugs could cost them. Olysio costs around $66,000 per patient for a 12-week course of treatment. Sovaldi costs $84,000.

"People were very shocked by the price, because it hit a psychological barrier in terms of, 'This is too expensive,' " says Dr. Camilla Graham of Beth Israel Deaconess hospital in Boston. She recently was turned down in her request to prescribe the two drugs for a Medicare patient.

But Graham says the cost per patient for hepatitis C drugs is not unique.

"We have a lot of drugs where we spend in that $80,000 to $100,000 range –- and the outcome is not cure," Graham says, alluding to specialty drugs for rheumatoid arthritis, multiple sclerosis and cancer.

The cost problem with hepatitis C drugs is that millions of people will need them in the near future, especially as federally recommended screening programs to detect infected people ramp up.

Graham says many of these patients can't wait long for their chance at a cure.

"Hepatitis C is a ticking time bomb," she says. "We have a very limited amount of time to get in here and alter the course of the disease for a good number of people."

If that doesn't happen, she says, a lot of them will suffer liver failure and liver cancer. And that will cost a lot more to treat in the long run.