Accessibility links
MERS 101: What We Do (And Don't) Know About The Virus : Shots - Health News Scientists are racing to figure out how the Middle East respiratory syndrome virus infects people. After surfacing in 2012, it has spread to the U.S. and other countries. Here's what we know so far. 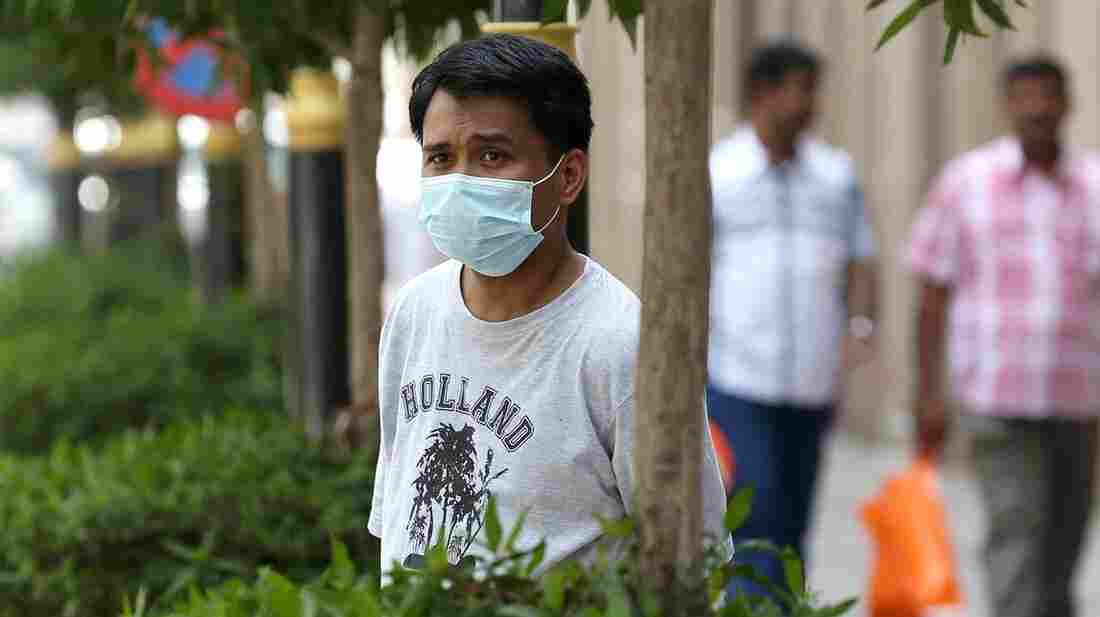 Fear of MERS is prompting Saudis to wear mouth and nose masks, like this man on the street of the Red Sea coastal city of Jeddah on April 27. AFP/Getty Images hide caption 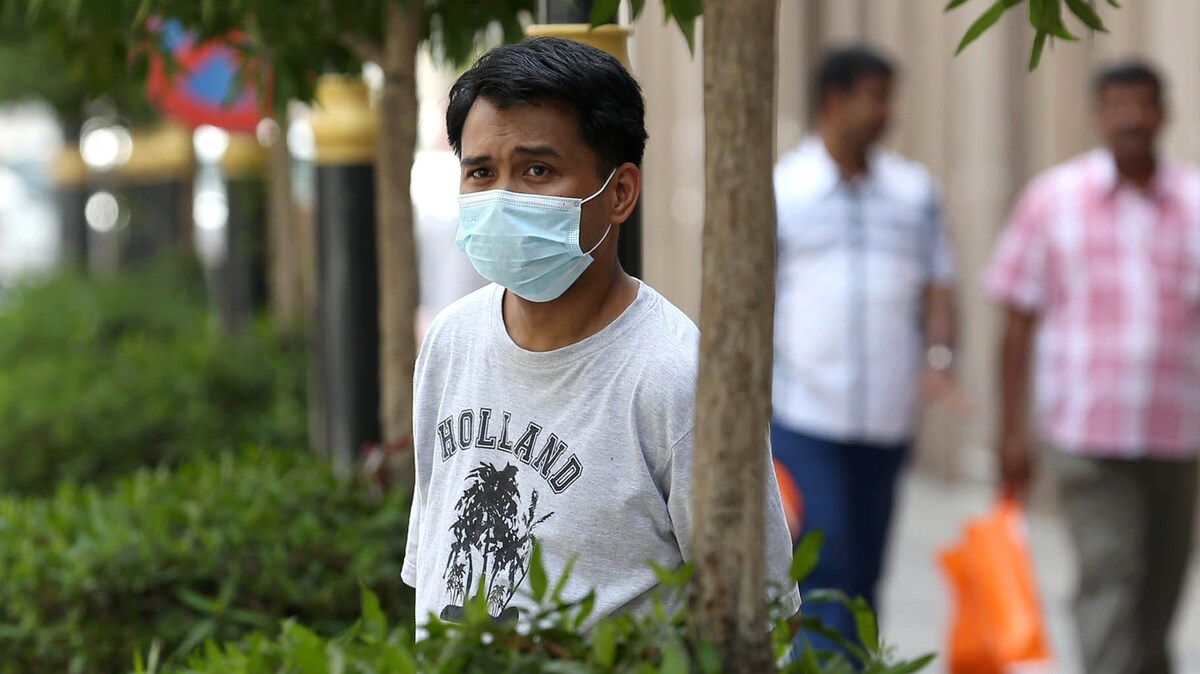 Fear of MERS is prompting Saudis to wear mouth and nose masks, like this man on the street of the Red Sea coastal city of Jeddah on April 27.

The virus with the mysterious name has been making headlines this spring, with a mysterious increase in cases. Here's an update on what we know about MERS.

Symptoms: Affects the lower and upper respiratory tracts, leading to coughing, shortness of breath, fever and pneumonia. The virus aims for cells in the lungs and possibly the kidneys, which may explain instances of kidney failure. But some people who have been infected report no symptoms.

MERS Virus Comes To U.S., But Risk To Public Is Deemed Low

Source: Scientists say the virus may have been circulating in Arabian camels for more than 20 years. Evidence also points to bats as the initial culprit, possibly infecting camels, who then infect humans. A study published in mBio suggests that the MERS virus is capable of passing between camels and humans, but neither CDC nor the World Health Organization have confirmed the connection.

Who's at risk: Some early victims either worked with camels, ate camel meat or drank camel milk, though it has yet to be confirmed that the virus passes from camels to humans. We don't know exactly how it spreads — perhaps through air or bodily fluids. Many patients are health care workers and family members who came in close contact with an infected person.

Who's been diagnosed: The first cases were diagnosed in 2012 in Jordan and Saudi Arabia. As of May 2014, there have been more than 490 MERS diagnoses (and over 140 deaths) in Saudi Arabia. Dozens more cases have been found throughout the Middle East and in seven other countries, with two in the U.S., and cases also in France, Greece, Italy, Malaysia, Tunisia and the U.K. In both the United States and the U.K, patients had been in the Middle East or were in close contact with a MERS victim.

Why now? Unclear. In April, officials saw a sharp uptick of MERS cases; many involved human-to-human transmission. This rise in numbers could just be because we're more aware of the illness and are better at detecting the virus.

Treatment and cure: Patients are isolated, either in a hospital or at home if the viral infection is not too severe. Those with breathing difficulties are supported with a machine that provides extra oxygen. They're given medication for fever. There's no vaccine; in the best-case scenario, it would take at least three years to develop one.

Death rate: The illness is deadliest for the elderly or those with underlying conditions like diabetes and heart disease. Since 2012, about 1 in 4 patients have died. The cause can be lack of oxygen passing from the lungs into the blood.

Who should be tested? Patients who develop a fever and symptoms of respiratory illness within 14 days of traveling from the Middle East, or while caring for a person infected with MERS.

A bit of good news: Early on, only patients with severe symptoms were diagnosed; now patients with milder cases and a better chance of recovery are being identified. So the MERS fatality rate isn't as high as researchers once thought.

Our sources: epidemiologist David Swerdlow from the Centers for Disease Control and Prevention and Andrew Mesecar, a biologist at Purdue University who researches drugs to fight viruses like MERS