Accessibility links
Just One-Third Of People Can Tell If You're Faking That Laugh : Shots - Health News Plenty of primates laugh, but only humans fake it. So what are we getting out of that phony chuckle? Perhaps an unfair advantage at work and in social situations, researchers say. 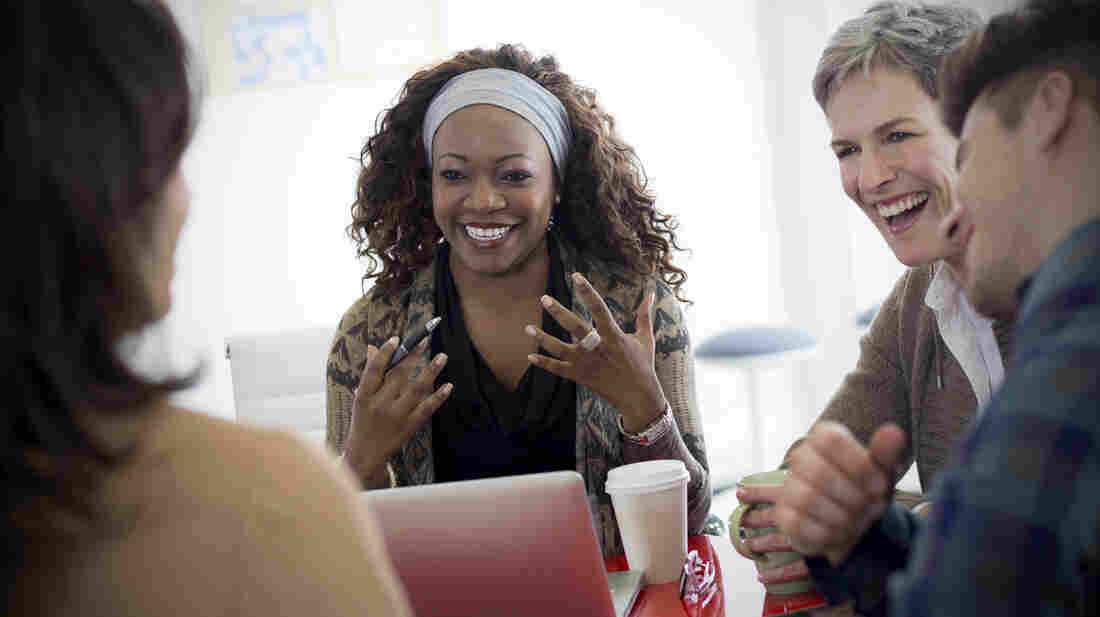 Does she really think you're funny, or is she just being polite? Jon Feingersh/Getty/Getty Images/Blend Images RM hide caption 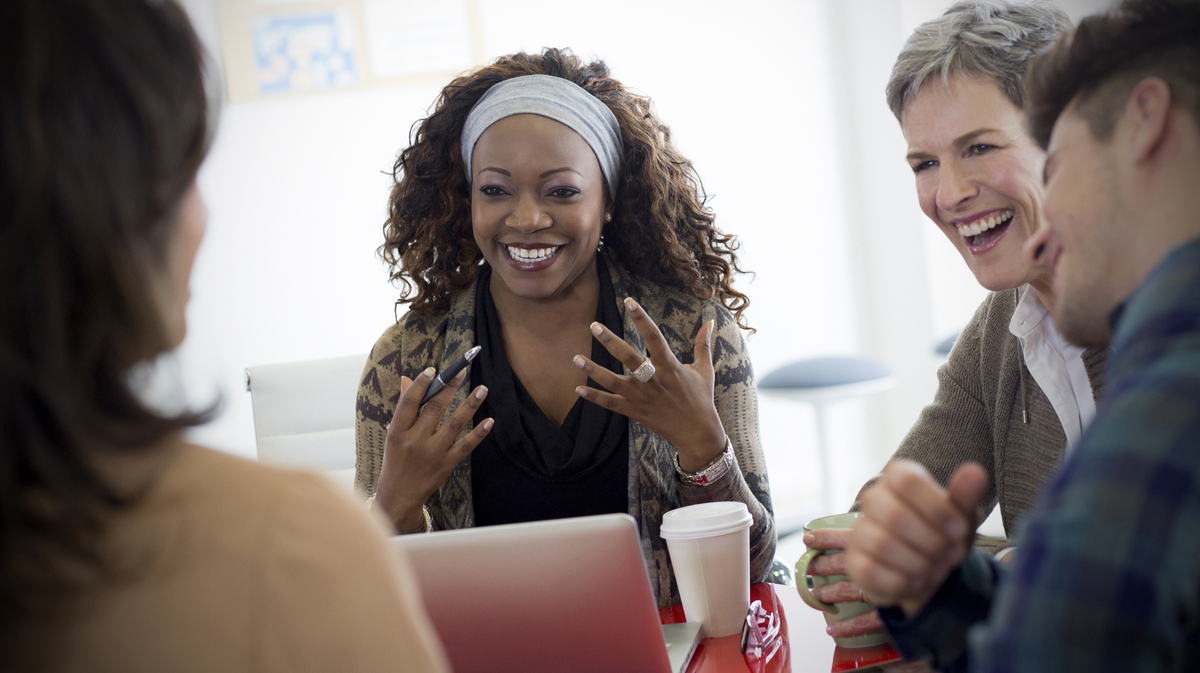 Does she really think you're funny, or is she just being polite?

Your boss is relaxed, drink in hand. A little liquid courage of your own, and you approach her, taking a shot at an opportunity to impress. You open with a quip. She chuckles.

But does she really mean it? Or is she faking?

Only one-third of people can tell the difference between a fake laugh and the real deal, according to a study by Greg Bryant, a professor of communication at University of California, Los Angeles.

The evolution of human laughter tracks back to the monkeys in the trees, and other animals, he says — sounds that can be identified as chuckles appear in primates, and potentially other animals. (Bryant shared this BBC story about tickling rats and dolphins).

The only fakers? People.

Over the course of his research, Bryant played a series of laughing-person clips and asked subjects to pick out the fake laugh. In his study, the laughs were slowed down and sped up, to see if that made a difference.

Can you tell them apart? Hint: There's more breath and rhythm in the real thing than the fakers.

The difference between the real and the fake may matter more than you think. It's not just about impressing the boss, but about avoiding manipulation yourself. Because it turns out that our hormones respond to laughter in ways we don't even realize. If we're sharing in the laughter, we're bonding. But if one person's faking and you're not — you're, technically speaking, a little bit evolutionarily vulnerable.

"When people are laughing socially in a genuine way, they experience the release of oxytocin in their brains, and that can promote emotional bonding with others who share the experience," Bryant says.

Oxytocin is a pleasure hormone, and it could make us more attuned and sympathetic to the person laughing. Potentially, Bryant says, that could give the faker an unfair advantage, and open you up to manipulation.

So if the boss fakes her chortle and then requests a favor, and you can't tell that she's not feeling honestly charmed by you, you might be more likely to agree to her ask. Hopefully it's one you wouldn't mind doing.